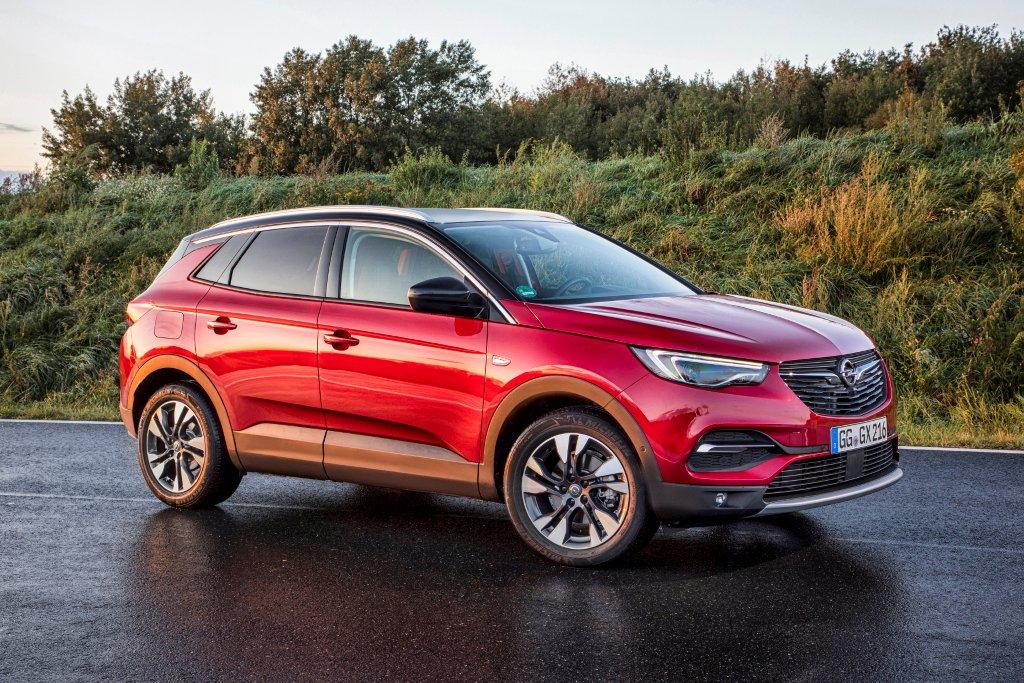 However, not so much warrior as urbane, and it is competing in one of the toughest segments of the market. Although the Grandland X has been described as a compact SUV it is big and has space for five people and if not overly large, four passengers could sit in reasonable comfort at the rear.  The Grandland X Enjoy is packed with technology and includes traffic sign recognition, which means that you can see the speed limit icon pop up on the instrument cluster, headlamp high beam assist auto control and lane departure warning. If  you cross the line there’s a faint beep, beep.

However, in my experience it only worked when the road markings were clear and clean.

The flagship Cosmo has some of the other tech such as a reverse camera, a speed limiter with intelligent speed adaptation, an advanced park assist, among others. But the Enjoy has enough to make you enjoy the SUV. The tailgate opens when you move your foot under the bumper. However, I preferred to use the button on the key fob, as I learned my lesson when a remote-controlled tailgate on another vehicle smacked me on the chin.

I’ve often wondered how the marketing gurus come up with the names for their cars. Grandland X just doesn’t do it for me. Especially from a company that boasted the Monza and even the humble Kadett as brands. Cosmos, Astra and Mokka have a catchier ring to them. But that’s my opinion.

Opel has a long and interesting history. Globally and at home. Opel AG, based in Rüsselsheim, Germany, is one of the oldest automobile manufacturers in the world, with its first car produced in 1899. The  company was founded in 1862 by Adam Opel and specialised in sewing machines and bicycles.

Although the logo has undergone some changes through the years the lightning emblem is well known. The flash on the Opel logo is inspired by the popular Opel Blitz truck model. The word “Blitz” is a German word meaning lightning.

The present emblem, introduced in 2009, features an elegant yet strong and sharp horizontal lightning flash, embedded into a silver and black circle with the brand’s name at the top. General Motors was responsible for distributing Opel which has been in South Africa since the 1930s. GM pulled out of the country towards the end of last year and Opel now falls under the umbrella of the Unitrans group.  Distributors include the Reeds Motor Group and Williams Hunt. I’m sure many people remember the jingle, “braaivleis, sunny skies and Chevrolet”, General Motors used it to promote its products in this country, especially Chevrolet, about 44 years ago.  I doubt whether we will hear it again now that GM’s gone.  As a matter of interest it is not the first time the American car manufacturer folded its tents and left South Africa. It did so in 1986 after the United States passed the Comprehensive Anti-Apartheid Act and GM was rebranded the Delta Motor Corporation.

But back to the Grandland X Enjoy. The Grandland X is built on the same frame as the Peugeot 3008 (The Gremlin, April 17) and while it doesn’t benefit from the French car maker’s ingenious i-Cockpit, the Grandland X has an excellent infotainment centre which offers among other benefits built in SatNav, Bluetooth hands-free connectivity for calls and streaming music, although the sound system on the Grandland X is excellent. You can also link your smartphone to the info centre to get live traffic updates to find another way to your destination, if you need to. You can also use Wi Fi to gain access to the internet. The instrument panel and centre stack with touchscreen are well laid out and there are three horizontal rows of controls for easy access to infotainment and the air con, for instance. The layout is neat and functional with no frills.  Opel says, ”The interior surfaces feature high-class haptics”. Not having heard the word haptics previously, I checked the font of all knowledge, Dr Google, who said it means applying touch sensation and control to interact with computer applications. The word comes from the Greek “haptein” meaning to fasten. So you could play chess with another computer user anywhere in the world, or tennis. But definitely not while you’re driving. I think Opel was trying to say the finishes are of premium quality. Which they are.

Interesting features are the FlexFold seats that you can operate with one hand and with the 40-60 split you can change the seating configuration to suit yourself. I thought the front seats were extremely comfortable which gave  excellent support, and, says Opel, they have been certified by the AGR Campaign for Healthier Backs. You can adjust them electrically up to 16 ways to get the right sitting position. The luggage compartment is generous too from 514 litres to 1 652 litres: lots of room for holiday luggage and a golf bag. There are a lot of storage spaces inside, and the ubiquitous cup holders.

The elevated driving seat offers a good view of the road. And you will feel at home immediately. You can also adjust the front seats for four-way lumbar support or cushion length and if you’re feeling the nip in the air you can use the heat the seat function.

The turbo-charged 1.6 engine mated to a six-speed automatic gearbox puts out 121kW and 240Nm of torque. The Grandland X is not built for speed or to be honest, off-roading. Don’t expect it to burn rubber at the lights. But do expect a comfortable and smooth ride. It sucks up the bumps and holes in the streets with ease. The build quality was excellent, no unexplained squeaks or rattles and there was hardly any cabin noise. The SUV is made for drivers who prefer to cruise without having to do much work. Just turn on the ignition, put it into gear and ride off into the sunset. The suspension has been tuned for comfort. There is a bit of body roll but unless you are very fussy, it shouldn’t bother you unduly and nor should the turbo lag. The six-speed auto transmission works well. The Grandland X is ideal for cruising on the highways and byways at the legal limit. But if you want to overtake, just give the accelerator a little nudge and you will quickly pass the slowpoke on your left, with power to spare.  Fuel economy is average:

Opel claims 7litres/100km but I recorded figures of just over 8 litres/100km in a town and country cycle.  If you drive judiciously you could get 800 kilometres out of the 53 litre tank.

I liked the tech, the ride, the comfort and the space the Grandland X offers.  Summing up: I enjoyed driving the Grandland X and even though it is big you could use it for your daily commute and the power steering will make it easier to manoeuvre and park in the city’s congested streets. Ideally, it’s a cruiser, made for the open road and that holiday trip. There’s more than enough space for the family, luggage and some sporting items: a mountain bike or a surfboard. One of the questions I ask is: would I drive it to Johannesburg? In this case the answer is a resounding yes. I also believe it will hold its own  in the extremely competitive market it is in.

Among its competitors is the Mazda CX-5 (The Gremlin, June 7) and I would be hard-pressed to choose between the two. The Grandland X 1.6T Enjoy Automatic will put a  R465 000 dent in your bank balance. The price includes Opel’s five-year/ 120 000km warranty and a five-year/ 90 000km service plan.