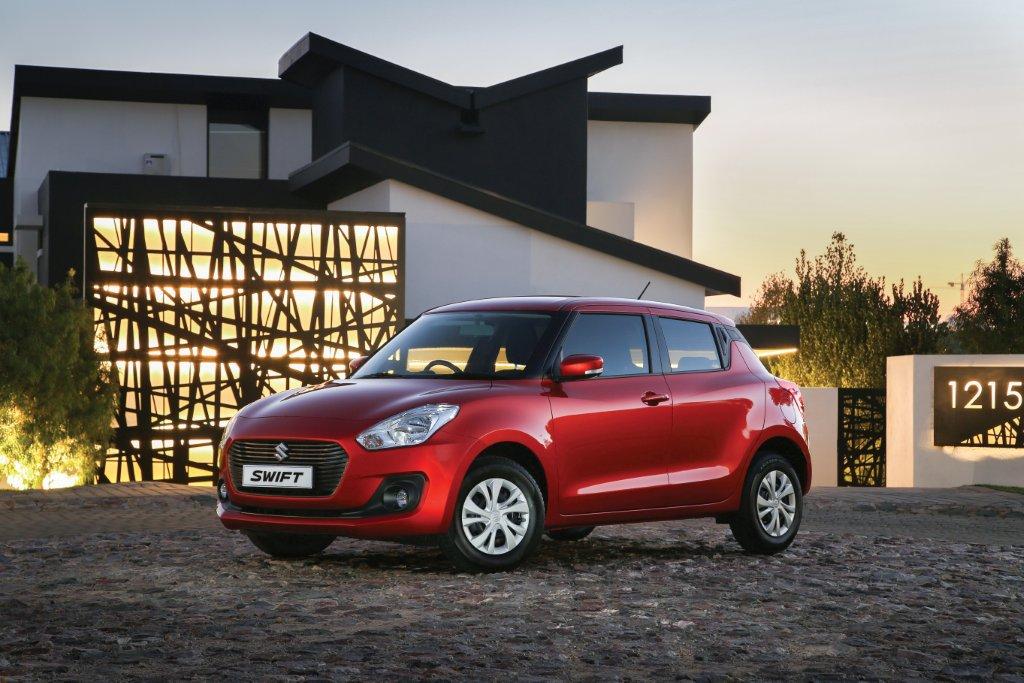 Brian Joss – I swapped Suzuki’s Dzire for the repackaged Swift and it’s just as dzireable as the Dzire (The Gremlin, September 5).

The new Suzuki Swift is cheap and cheerful. Cheap, though, isn’t necessarily a bad thing. But I prefer to describe it as an honest, value-for-money package. The new Swift has collected a few awards for its trophy cabinet including the RJC Car of the Year in Japan, the Scottish Compact Car of the Year and it was a top three finalist of the World Urban Car of the Year.

The first of three generations of Suzuki Swift was launched in most global markets in 2005. It also spearheaded Suzuki’s entry to South Africa in 2008, before being replaced by the second-generation model in 2011. Here at home, the model represents about 30% of all Suzuki sales and globally more than 6 million units have been sold. In 2017, 2 966 Saffers found space in their garages for a Swift, and there is no doubt that the new Swift will be flying just as high if not higher. Although, the new Swift has been redesigned it uses the same 1.2litre engine as the Dzire and is also built on Suzuki’s new Heartect (Total Effective Control Technology) platform. The perky and frugal engine delivers 61 kW at 6 000 rpm and 113 Nm at 4 200 rpm and the naturally aspirated powerplant drives the front wheels through a five-speed manual gearbox. Let’s look at some of the design changes. New styling elements include the rear door handles recessed into the C-pillar; blacked out front and centre pillars and a black top section on the C-pillar which gives the impression of a floating roof; the shoulder line is a lot less angular; and on the GL (the test vehicle), the wheel cover has a different design, colour-coded side mirrors with integrated turn signals and front fog lights.

It also has a new grille with a large Suzuki badge and a wide and narrow secondary grille.  Suzuki’s engineers have worked their magic with the space. The Swift is 10 mm shorter and 40 mm wider; the front track has been widened by 40 mm and the rear track is now 35 mm wider, while the wheelbase has been stretched by 20 mm to 2 450 mm. Which means that there is a lot more room for passengers, front and rear. In fact, back seat drivers have a lot of extra headspace and they can stretch their legs a bit more. There is also more space for the driver and front seat passenger. They have 10 mm of extra shoulder room and the seating, front and back, is lower than in the previous model.

A bonus is the luggage area which has increased to 268 litres up by 58 litres, a big improvement on the previous model. There is the usual 60/40 split and the rear bench is foldable. Inside, the cabin is more functional than high tech. The new model has a sporty D-shaped steering wheel and the front seats which have been redesigned offer firmer support, and even on a long journey your bum won’t get numb. The centre console is aimed at the driver while the speedometer and rev counter have been fitted into separate housings. There are three cup holders, two in front, one at the back; side door pockets, a console tray box, glove box with lid and a passenger seat pocket. The rear doors have additional bottle holders. The GL-spec model has chrome accents and all models have air conditioning, which is very effective, front and rear electric windows, power steering, a tilt adjustable steering wheel; an information display that includes fuel consumption and range. So while we’d all like an infotainment set-up, the information available is more than adequate for the Swift considering its price tag. An audio system with Bluetooth-connectivity, USB socket, steering wheel controls and electrically adjustable side view mirrors are available on the GL derivative. The Swift is fun and entertaining to drive. The new weight certainly has a lot to do with it. The steering is light and the changes through the five speed gearbox were effortless. It was also surefooted around some of the more twisty roads on my test route. The Swift is equally at home on gravel and tar.  If  you’re willing to take the risk and drive over the legal limit, the Swift has more than enough get-up-and go to make the boy racers among us happy. Surprisingly, there was hardly any cabin noise. And the jackpot? the new Swift with its 37 litre tank is surprisingly frugal: I got very close to Suzuki’s claimed 4.9 litres/100km, which were probably achieved in perfect conditions.  I recorded figures of almost 5.5 litres/100km on all kinds of roads, the freeways; the open road and gridlocked traffic in the city. Speaking of Cape Town’s CBD and Sea Point, where bays are at a premium, the Swift is easy to park in the smallest of spaces. Perception, however, is everything. While I liked the Dzire, it is a sedan and there’s something about sedans that make you want to drive sedately. The Swift, though is a quirky-looking hatch, and as soon as you get behind the wheel you know it’s going to be a lot of fun. Even going around corners it is sure-footed and there was no hint of losing the tail.

Summing up, Suzuki’s new Swift will easily fill the big shoes of its predecessors. It delivers on all fronts and with its bigger boot is quite practical.  It’s fun to drive, it’s at home in the city streets or on the open road. If you are looking for a new set of wheels don’t let the budget label put you off. Suzuki’s advertising slogan for the Swift sums it up: