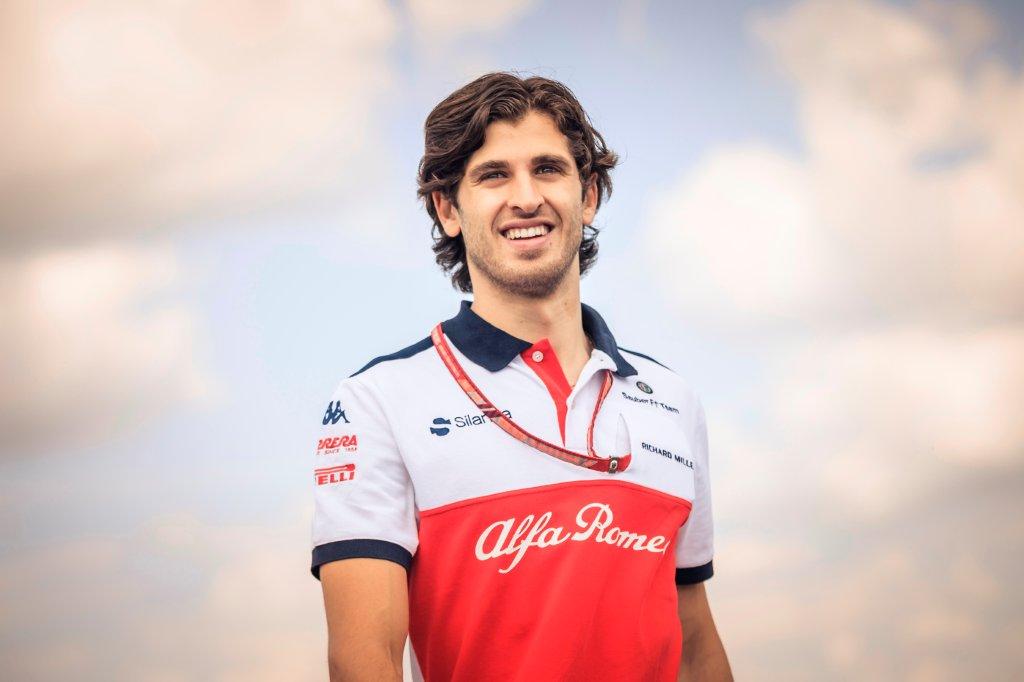 Brian Joss – Alfa Romeo and the have announced that Antonio Giovinazzi will race alongside 2007 Formula One World Champion Kimi Räikkönen, completing the team’s driver line-up for the 2019 season.

Following its tradition of discovering and nurturing young talents, the Alfa Romeo Sauber F1 Team has appointed the Italian driver, who has worked with the team for the past two years, to race in place of Charles Leclerc.

The decision to elect Antonio Giovinazzi is particularly significant in the scope of the project that this season saw the return of Alfa Romeo to the pinnacle of motorsports after a hiatus of more than 30 years. The coming together of Alfa Romeo and the Italian driver was natural, also considering the strong bond that has tied Giovinazzi to the brand from an early age, and is a source of national pride considering that several years have passed since an Italian driver has competed in Formula One.

Antonio Giovinazzi made his Formula One debut with Sauber at the 2017 Australian Grand Prix, and has since then competed with the Swiss team on one more occasion (2017 Chinese Grand Prix). Furthermore, he has completed several tests and FP1 session for the team. He has proven his talent, and shares the goal of achieving ambitious results together with the Alfa Romeo Sauber F1 Team.

Giovinazzi said, “I am delighted to be joining the Alfa Romeo Sauber F1 Team. This is a dream come true, and it is a great pleasure to have the chance to race for this team. As an Italian, it is a huge honour for me to represent a brand as iconic and successful as Alfa Romeo in our sport. I would like to thank the Scuderia Ferrari and the Alfa Romeo Sauber F1 Team for giving me this great opportunity. I am very motivated and cannot wait to start working towards achieving great results together.”

Added  Frédéric Vasseur, CEO of Sauber Motorsport and Team Principal of the Alfa Romeo Sauber F1 Team:  “We’re very pleased to reveal the complete driver line-up for the 2019 season. We first signed Kimi Räikkönen, an extremely experienced driver who will contribute to the development of our car and will accelerate the progress of our team as a whole.

Together with Alfa Romeo, we are delighted to welcome Antonio Giovinazzi, who will take the place of Charles Leclerc. We have already had the opportunity to work with him in the past and he has proven to have great potential. We are very determined and motivated. Our target is to continue progressing and fighting together for positions that count.”