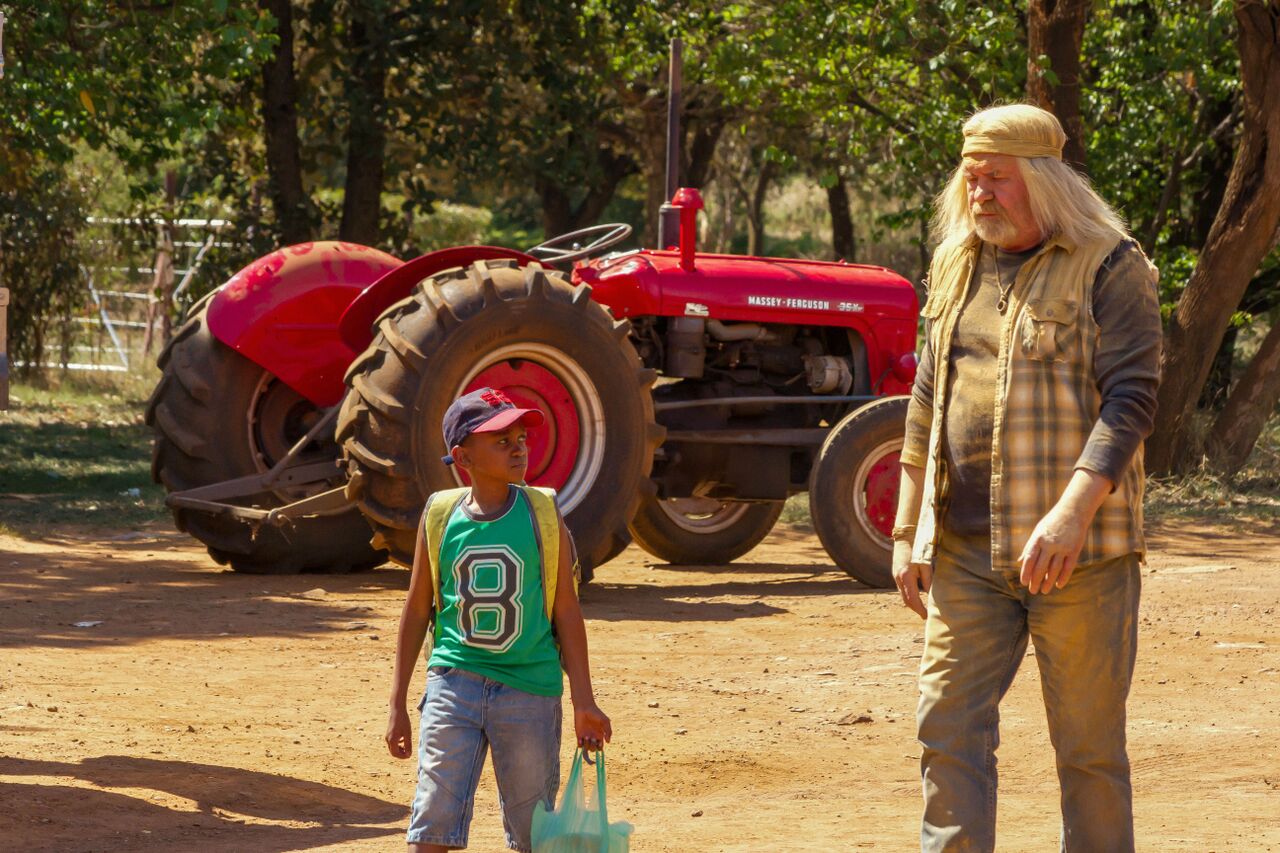 “An epic adventure between an old man and a loveable young boy, with a captivating storyline and the cutest baby rhino that will make you want to laugh and cry.

It is a kickass visual comedy about villains that get outsmarted in the African bush. Come and experience this unforgettable journey on the big screen and don’t forget your tissues!”, says funnyman, Leon Schuster, about his latest quirky comedy, FRANK & FEARLESS, of which the trailer has just been released.

Set in Africa, this hilarious movie takes you on the thrilling adventure of four loveable characters in the African bush. Insecure railway chef, Sonny Frank (Leon Schuster), and a ten year old rural boy, Fearless (Themba Ntuli), set out to kidnap the ambassador of a South-East Asian country in an attempt to stop rhino slaughtering. They are joined on this mission by two four-legged friends; Reini, a baby rhino whose mother was killed by poachers and Fearless’ big and faithful black dog called Dog. When things go terribly wrong, they have no choice but to take on a platoon of merciless poachers, who are led by the terrifying ranger turned poacher, Dolf (Kenneth Nkosi), with whom Sonny has a past.

Written by Gray Hofmeyr, Leon Schuster and Geoff Newton, the motion picture was created by a dynamic team of experts, with acclaimed filmmaker Gray Hofmeyr (Jock of the Bushveld, Sweet and Short, There’s a Zulu On My Stoep) as director and André Scholtz and Menzi Thabede as producers. Schuster is absolutely brilliant in the lead role of this captivating and emotional story, which is unlike anything else previously produced by this legendary entertainer whose films, like Mr Bones and Mad Buddies, are some of the highest-grossing local productions with impressive international sales.

FRANK & FEARLESS promises some incredibly funny laughs combined with a powerful message and some heartfelt personal revelations that will keep audiences captivated until the credits start rolling. Aside from brilliant cinematography, the movie also boasts high-tech 3D animation (Luma Creative Studio), animatronics (DreamSmith) and special effects (Refinery), and the best experts were called in to make the film as authentic as possible.

“I became involved after being approached by a promotions company and have not looked back since. Hopefully, the film will make viewers aware of how critical this situation is and make them realize the emotional impact it has on those who have to see the effects of rhino poaching on a daily basis,” shares The Rhino Pride Foundation’s, Dr Jana Pretorius.