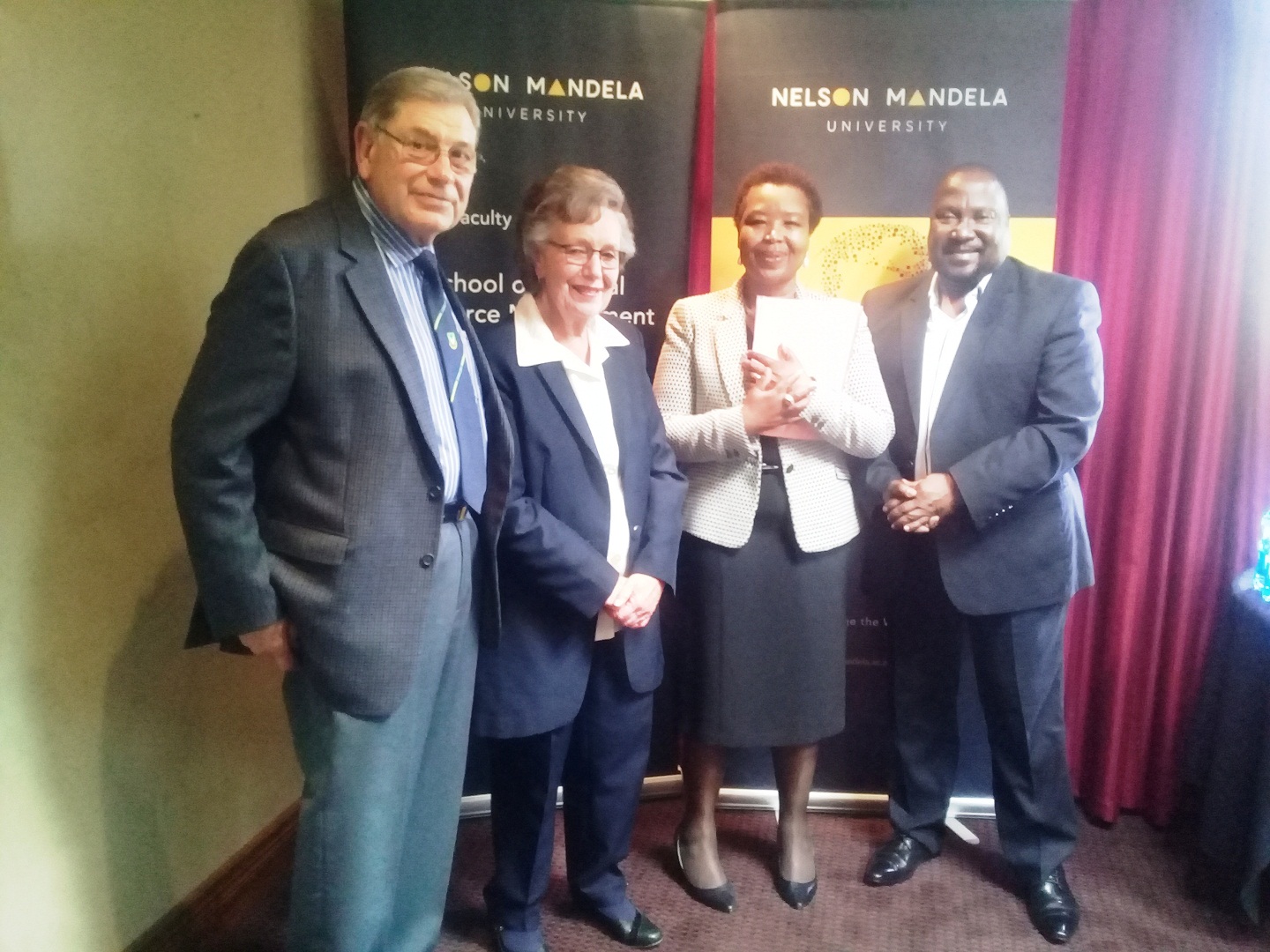 Students studying nature conservation at the Nelson Mandela University are set to benefit from the proceeds of the Schalk Willem Theron Trust.

The Trust has entered into a partnership with the South African National Parks (SANParks) and Nelson Mandela University to ensure that the legacy of the deceased, a fervent conservationist, is upheld and a Memorandum of Understanding that directs the relationship between the primary stakeholders was signed at the Nelson Mandela University’s George campus on the 28th September 2018.

Representative of the Trust, Mechiel Jacobus Boshoff stated that the bursary will commence in 2020 for students in their second year of study in nature conservation prioritizing those from disadvantaged backgrounds. “These are students whose combined family income is between R350 000.00 and R600 000.00 per annum and who fall outside the parameters indicated for the Government’s NSFAS bursary scheme which supports students from households with a joint income of less than R350 000.00 per annum (currently termed ‘free higher education’)”.

“An initial amount of R2 million will be invested towards Nelson Mandela University to fund bursaries for 5 promising students,” said Boshoff. The scheme will also avail funding for Honours and Masters students.

Fundisile Mketeni, SANParks Chief Executive Officer (CEO), said, “the heart of the organisation is to see young people actively involved in the conservation of nature. This includes training and career advancement in the sector. We are honoured by the Trust’s inclusion of SANParks”.

In addition “SANParks will cooperate fully with the terms of the MoU by facilitating the selection of student recipients for the bursary, the placement of selected bursary holders for in-service training for completion of the practical year of the qualification at SANParks facilities and others,” said Mketeni.

Dr Denver Webb of the University’s Strategic Resource Mobilisation Office welcomed the partnership and thanked both the Schalk Willem Trust and SANParks for partnering with the University in this manner. “The introduction of free higher education for some categories of students has helped the University broaden access to quality higher education, but there are still many students who are academically deserving but financially needy who do not qualify for free higher education and whom this intervention is going to assist. The focus on Nature Conservation bursaries is also to be welcomed as traditionally this has not attracted external funding to the same extent as some other courses. This initiative with the Schalk Willem Theron Trust and SANParks is also especially welcome as utilising the interest for bursaries each year without touching the capital amount will enable the bursary partnership to continue  for years to come”, he said.

More about Schalk Willem Theron and his legacy

He was born on 2 September 1912 as the second child of the Headmaster of Mooirivier Primary School in Potchefstroom and was named after his father. Schalk had an elder brother (Willem) who died as a soldier in Word War 2 and an eight year younger sister (Ronree) who became my mother in law. Schalk lost his mother when he was only twelve years old and was raised by his father who never remarried. His father played an enormous role in his life and he was forever quoting him until he died at the age of 102.  Schalk never married but had a very soft spot for a very pretty girl by the name of Tootsie Botha.  Asking him why he never married her he replied: ‘I was too busy and would have neglected her.’

My wife Rinette, is the oldest daughter of Ronree and Schalk was nominated her godfather. He matriculated during the depression years and due to the bad economic situation was unemployed for three years. During this time he was writing plays and together with Dirk de Villiers and other young unemployed friends formed a Theatrical Company by the name of JAATS (Johannesburg Afrikaanse Amateur Spelers).They performed all over the then Transvaal earning themselves a living.

One of the plays he wrote was performed at the inaugural ceremony of the Voortrekker Monument in 1938.