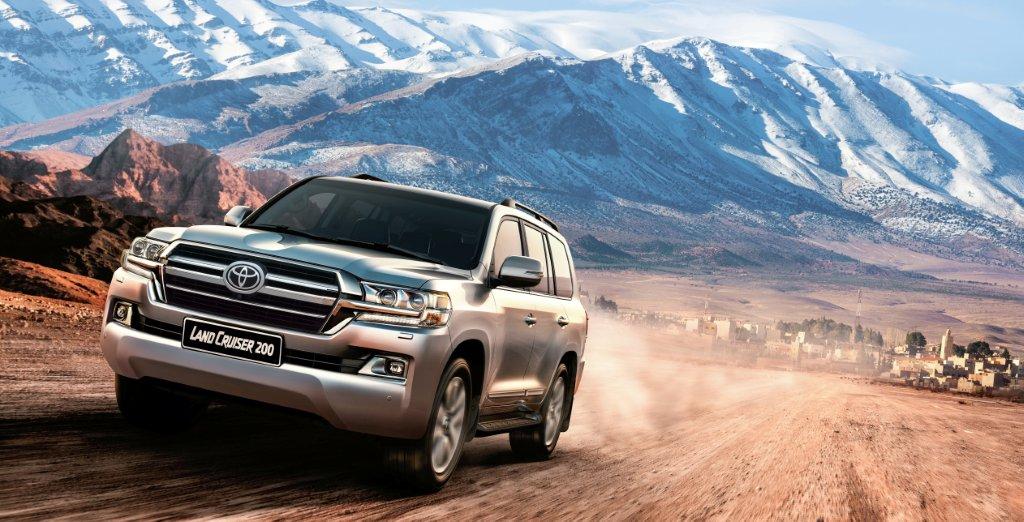 Brian Joss – The Land Cruiser 200 remains the unquestionable conqueror of the African landscape.

Notching up an average of 100 units per month on a regular basis, the Land Cruiser 200 has certainly found favour with South African motorists seeking a large SUV with indisputable off-road prowess.

For 2018, the pinnacle of the Land Cruiser family tree has received some subtle tweaks, staying true to the proven formula.

As before two grade options are offered; the utility-focused entry level model has been rebadged as GX-R (GX of old) – to align the naming convention with its luxurious VX-R sibling.

Both grades are powered by a 4.5-litre V8 turbodiesel engine with outputs of

Notable changes to the VX-R model are mostly found at the front of the vehicle. A new front grille design features two prominent horizontal slats intersecting the large grille opening in an east-west fashion – replacing the previously utilised multi-slat design.

A smoked treatment has been applied to the Bi-LED headlamps and LED fog lamps, for enhanced visual differentiation. The headlamps themselves include Auto High Beam functionality, super bright LED illumination and Daytime Running Lights (DRL).