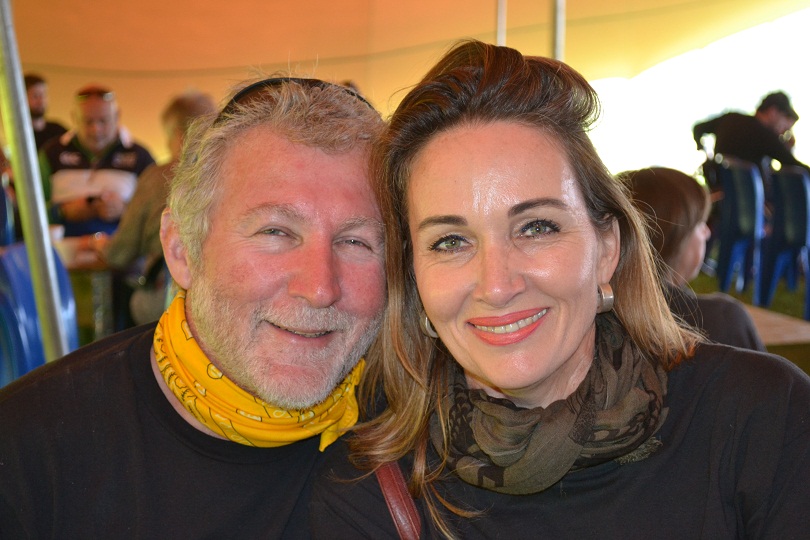 George – The 5th Thousand Sensations Fancourt craft liquor, food, and music festival, attended by 1 400 visitors, was held on a sunny spring day at Fancourt on 21 and 22 September.

While musicians provided non-stop music, hundreds of visitors to the marquee tent set up at Fancourt enjoyed the lovingly produced alcoholic beverages of 26 craft beer breweries, 7 craft liquor distillers, 4 wine cellars and 12 food and soft drink stalls. Besides beer, gin and rum, vodka, whiskey, brandy, and liqueur were on offer.

“There is nothing formal about the festival,” said Alewijn Dippenaar, George entrepreneur who started Thousand Sensations five years ago. “Once the gates were open, the beer started flowing!”

But he is quick to add that this is not simply a party over two days. “This is definitely not just a party: the focus is on adding value to farm products, thereby creating more employment. Visitors and stall holders from all over the country boost tourism, which in turn stimulates the economy of the Garden Route.”

Ampie Kruger of Wild Clover Breweries near Stellenbosch is one of the pioneers of craft brewing. He spent years in the corporate world before deciding to start brewing craft beer on a small scale. “Initially I brewed about 300 litres in a batch, but at present, we brewing 2 000 litres in one go, and have 15 full-time employees. He also brews craft beer for others, such as golfer Louis Oosthuizen’s Louis57, and Khanyi Pupuma’s Ekhaya Brewery.

“During the mid-2000s there were only a few craft brewers, among them the well-known and much-loved Mitchells in Knysna. In 2012 the industry exploded and the number of craft brewers grew from about 20 to more than 200 countrywide, of which most are based in the Western Cape.

“In the beginning, the biggest challenge was to brew enough craft beer for the growing number of thirsty craft beer drinkers. Today, with so many craft brewers, one must continually find new customers. I believe in creating a bond with every customer. After all, people become friends over a beer…”

Such a friend as Alewijn, whom he met at the first Thousand Sensation held in Blanco, not far from Fancourt. “Thousand Sensations is a unique opportunity to market my beer, which includes White, Pils, Ale and Porter.”  According to Ampie, these beers represent the basic styles. “But any brewer is only hampered by his or her own lack of imagination – almost anything goes!”

Ampie believes the brewers – who started out as beer drinkers – became bored with mass-produced beer, and started to experiment with brewing their own craft beer. Eventually, distilled products, such as gin and rum, followed, and he believes it is literally a matter of time before brandy and whiskey – which has to mature in a cask for about three years to earn the label – will also eventually add to the range of exiting craft liquors.

Alewijn is of the opinion that the success of this year’s Thousand Sensations is due to the fact that all the exhibitors were under one roof. “We outgrew our previous venue (Wilderness Hotel) and this marquee at Fancourt provides a venue large enough to bring everything together.”

Caption: Alewijn Dippenaar of Thousand Sensations and Mimi Finestone of INTERFACE by goji masterminded the event.