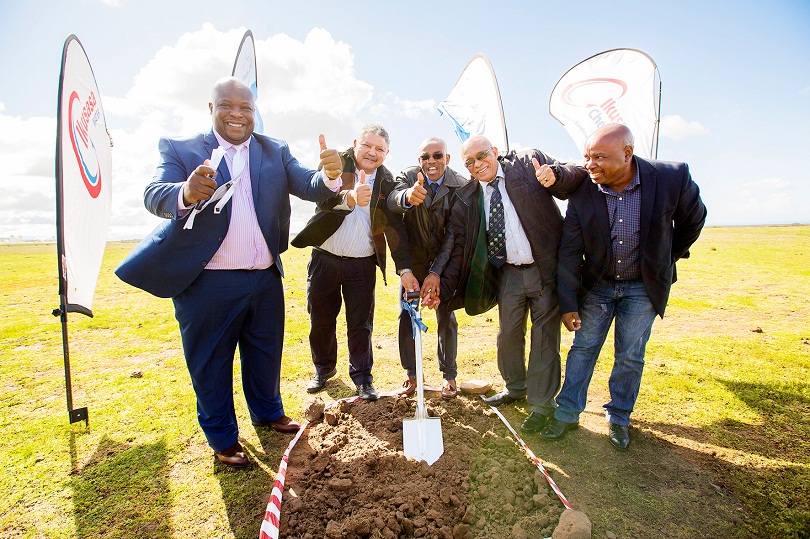 Since the first Garden Route Investment Conference was held on 7 and 8 March 2018, Garden Route District Municipality (GRDM), has been in various promising engagements with domestic and foreign investors.

First of many negotiations has already secured an R1-billion investment in Garden Route, accompanied by 3000 jobs over the next five years. This follows after the GRDM Council entered into a Memorandum of Understanding with Ikusasa Processing Engineering Consultants (Pty) Ltd on 28 August 2018. A report to the GRDM Council unpacked the conditions relating to a long-term lease of one of GRDM’s properties next to PetroSA to Ikusasa who will erect a Chemical Plant that will support the timber, water and textile sectors. Currently, in its design phase, the project will be implemented after a few weeks. It is envisaged that the factory will be fully operational by the end of 2019.

A Sod-Turning Ceremony was held on 28 September 2018 at the property. During the ceremony, Cllr Memory Booysen, GRDM Executive Mayor explained: “GRDM is in partnership with Mossel Bay Local Municipality and by working together, we are going to use the law to fast-track the process. We have seen other economic developments in Kouga, Richard’s Bay, Saldanha – now is the time for development to happen here”.

Mayor Booysen also talked about the regional landfill site which will soon be constructed in the same piece of land. He mentioned that these developments would benefit most people around the area.

The key stakeholders invited to witness this ceremony included Mossel Bay Municipality, PetroSA,  the Mossel Bay Port and Private Sector Partners and they will all play a pivotal role in the success of the project.

With the site being positioned next to PetroSA, it will have many advantages. A close working relationship and the supply of products which are specific to PetroSA will be developed. Exports and imports via the Transnet Mossel Bay Port, less than 10km from the site, will have a positive effect on the economy and jobs. The N2 is also strategically connecting the site to other parts of the region. As this project grows, it could see Mossel Bay recognised as a special economic zone that will become an industrial hub of the Western Cape and South Africa.

According to Mr Nicholas Rankumar ( Director – Ikusasa Process Engineering Consultants), the “long-term vision for Ikusasa is to expand and scale the chemical plant into a world-class production facility”. He also said that there is “great potential to develop the Mossel Bay area into an export-hub.”

Cllr Harry Levendal, Mossel Bay Municipality’s Executive Mayor, welcomed the development and said: “This is a first of big thing that will happen in Mossel Bay. If you believe that something will happen and you go for it – it will happen. We cannot sit and wait for things to happen. I am thankful for Garden Route DM for their efforts to attract investment to the area”.