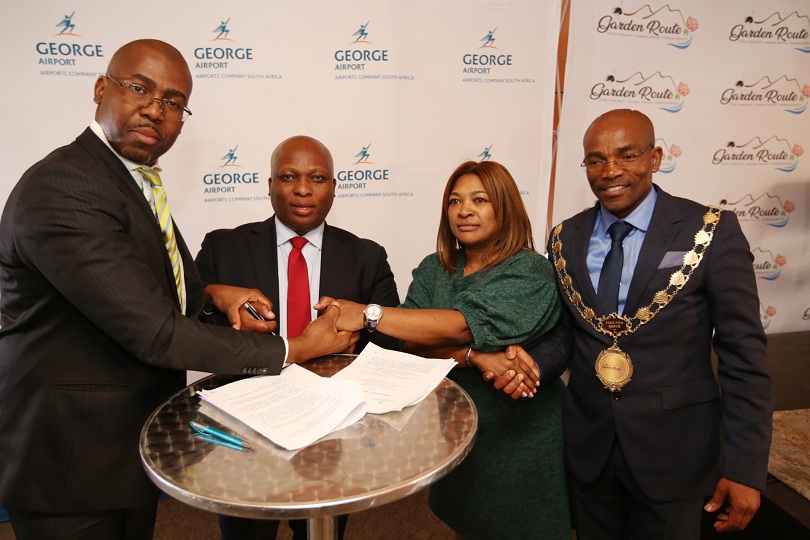 After signing the MOU, Mr Charles Shilowa, Airports Company South Africa’s (ACSA) Group Executive  Business Development, said: “A journey of a thousand miles starts with one step. There have been ongoing discussions between the ACSA team and Garden Route DM about access to the George Airport, which serves as a gateway to this district. The Airport is strategically positioned for economic activity, and this is one of the reasons why a partnership between ACSA and Garden Route DM – will ensure that the aspirations stimulating economic growth in the region are realised. This will be achieved as we continue to work together”.

The three phases will involve the following:

Mr Monde Stratu, Garden Route DM Municipal Manager, also hinted at ACSA’s leadership to think about how the renaming of George Airport to Garden Route International Airport would affect the region. “When selling and marketing the region as a tourism destination and investment hub, it makes sense to speak from the same book,” said Stratu. He also made it clear that there is no obligation on any business to change their name, but that “there is every reason, for if you think about it, in marketing and strategy, to align oneself to this new name”.