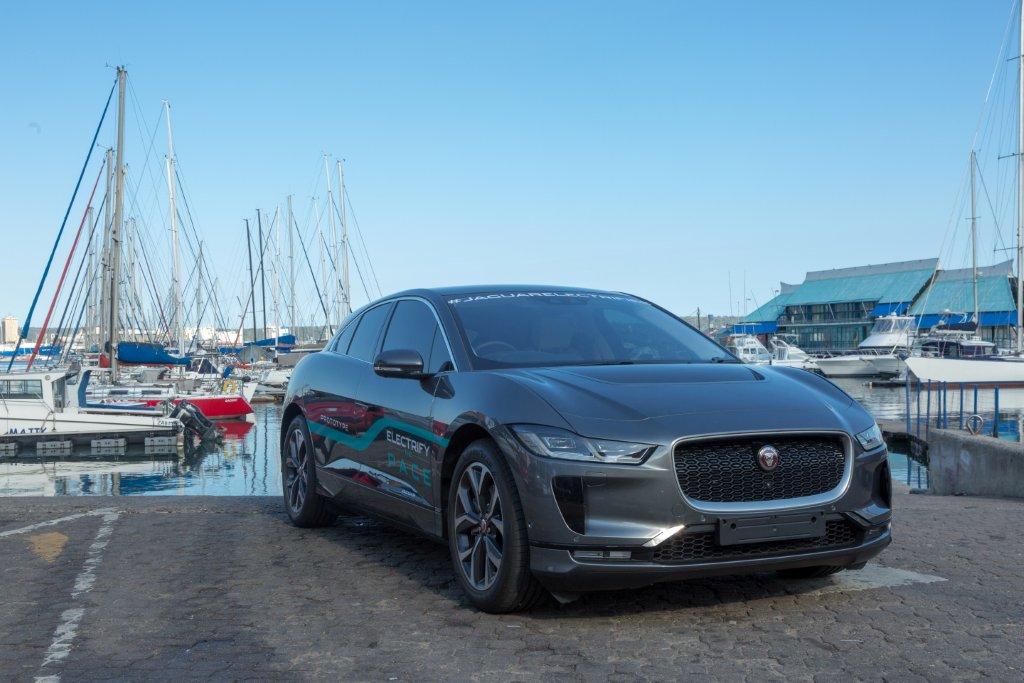 Brian Joss – Jaguar has successfully completed a long-distance journey between Johannesburg and Durban using its recently announced Powerway charging network in an all-electric I-Pace The pre-production Jaguar I-Pace, in South Africa for testing and homologation purposes, began its trip with a fully topped-up 90kWh battery at the Jaguar Centurion dealership in Gauteng recently.

Roughly three hours later, after travelling almost 310km of the N1 and N3 Powerways towards Durban, the 298kW electric SUV made a stop to recharge at the now publicly available 60kW fast charger installed at the familiar Bergview rest stop complex in Harrismith.

The battery was replenished to 100% capacity at the Jaguar Powerway fast charger in just enough time for its driver to enjoy breakfast and a rest at the nearby selection of restaurants. The recharge was billed at roughly quarter the cost of full tanks of petrol or diesel in SUVs with similar power outputs.

The completed its inter-city road trip 306km later at the Durban Marina where it posed alongside the harbour’s yachts for some celebratory photographs. The intention of the trip was to prove the practicality of an EV combined with the new Jaguar Powerway charging infrastructure announced earlier this month. The Jaguar Powerway makes long journeys possible and practical in an EV.

The journey was designed to replicate a holiday seeker’s Durban road trip as closely as possible and national speed limits were adhered to at all times.

“With the introduction of the Jaguar Powerway, electric vehicles such as the Jaguar I-Pace are no longer restricted to the confines of urban areas. Long distance journeys are now possible without using a single drop of petrol. EV recharging infrastructure in South Africa may still be in its infancy, but Jaguar’s R30-million investment has kickstarted the revolution and put us at the forefront of e-mobility.”

The Jaguar Powerway recharging network, in partnership with GridCars, will feature 82 new public charging stations for all electric vehicles and plug-in hyrbids in the country’s major hubs and along frequently-travelled motorways between the country’s major city centres including Johannesburg, Pretoria, Durban, Cape Town, Port Elizabeth, East London and Bloemfontein.

The network will greatly expand the potential travelling distances of electric vehicles, to make day-to-day commutes as well as very long journeys possible. A combination of convenient charging locations will include 30 fast chargers placed at every Jaguar Land Rover dealership, 30 at various shopping centres nationwide and 22 along the N1, N2 and N3 motorways.

The R30-million first phase of the Jaguar Powerway, built in conjunction with EV charging authority GridCars, will be completed by the end of November 2018.

By the time the Jaguar I-Pace becomes available in the first quarter of 2019, three additional public fast chargers will be erected at points along the N3 Powerway between Gauteng and Kwazulu Natal. With a total of four charging stations conveniently dotting the popular holiday route, travel between the two destinations by Jaguar I-PACE will be even more comfortable in terms of battery range and recharge times.

CAPTION: Taking a breather: the Jaguar I-Pace at the Durban Marina. Picture: Motorpress