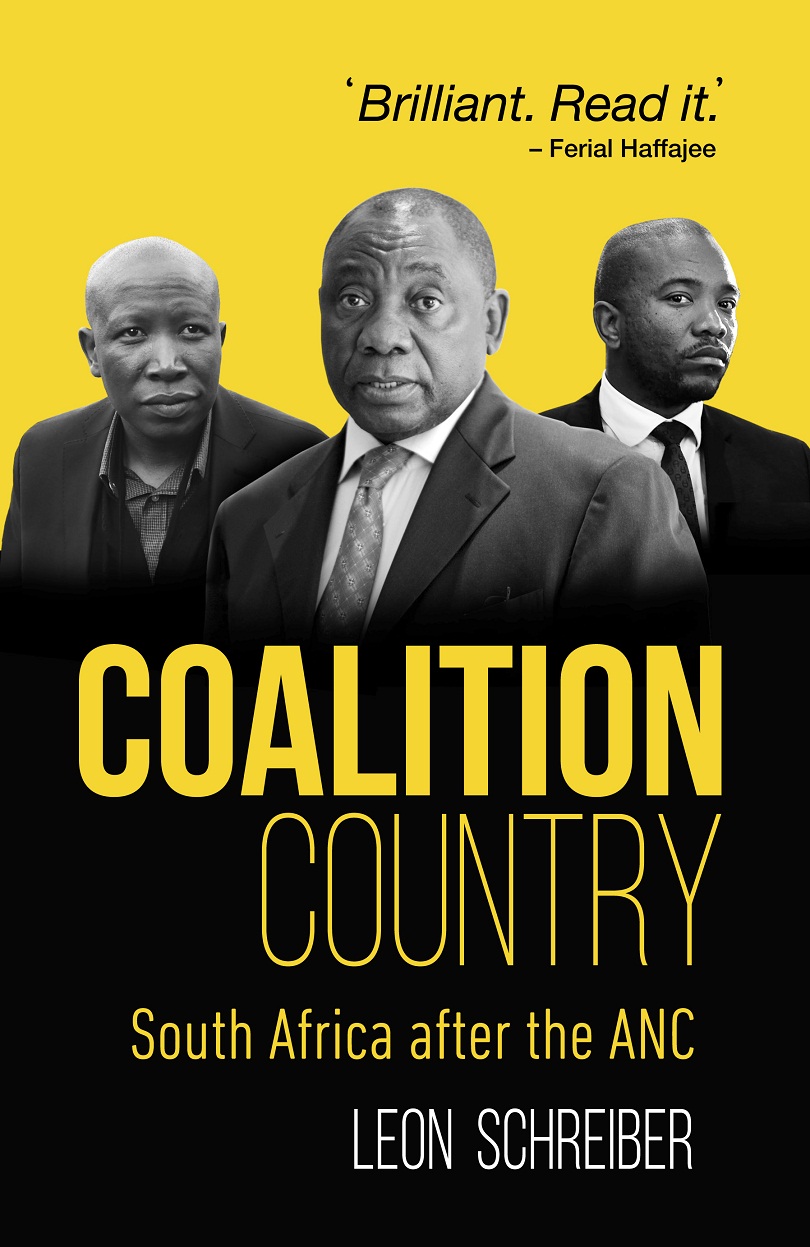 South Africa after the ANC

One of the main take-outs from Coalition Country is the observation  by Dr Leon Schreiber, a political commentator and research specialist at Princeton University and a regular analyst on radio and TV shows and contributor to South African newspapers is that the ANC will no longer be the force it was during the past 24 years or so. That’s not so say that the ANC will ride off into the sunset. There’s a new force in our country’s political system: coalition politics which is operational in areas where the ruling party was narrowly ousted in Johannesburg, Tshwane and Nelson Mandela Bay (NMB) where in my view,  unlikely bedfellows struck up partnerships to keep the ANC out. The coalitions between the DA and the EFF in Tshwane and Johannesburg are just holding on while at the NMB, DA mayor Athol Trollip has been booted, and the UDM played the kingmaker. This after the book was written. And Schreiber presciently noted that the ANC and EFF may join forces in the region.

A brief history about what happened: the DA went into coalition in 2016 although the EFF was never part of it they supported the DA in an effort to keep the ANC out. But at the end of May this year the EFF and UDM voted with the ANC to remove the DA-led coalition in NMB.

However, coalition politics in South Africa is not new. Nelson Mandela put together a coalition government in 1994, except it was called a Government of National Unity (GNU) which included the National Party and the Inkatha Freedom Party (IFP), bitter enemies of the ANC, and some smaller opposition parties. The GNU collapsed when FW de Klerk walked out two years later. Schreiber says it was a disappointing conclusion to a coalition government that had achieved  previously unthinkable successes. Later, Thabo Mbeki also called for coalition between the ANC and IFP in KwaZulu-Natal, and strictly speaking in Cape Town the DA was in coalition government for many years: first with the then NP and then with the Independent Democrats until the DA won the province by a large majority.

Schreiber highlights the DA’s experience of coalition politics, especially in the Western Cape, which dates back to 2006 and he uses a graph from 2000 to 2021 from the Electoral Commission of South Africa which displays the DA’s electoral performance in metro elections from 2000 to 2021, actual and projected. Schreiber notes that the results are highly significant and shows that the DA looks set to maintain its majority well into the future.

However, Coalition Country was written before the DA in the province was beset by scandal; their handling of the Patricia de Lille affair and the water crisis, and the punitive tariffs they have imposed on water and electricity. Schreiber compares the DA’s dominance in the Western Cape to that of the ANC’s overwhelming support in most parts of the country during the early 2000s when it was the only game in town. “In the Western Cape, the DA has become the only game in town.”

Schreiber is convinced that in South Africa coalition government is the way to go. And it has worked well in many other countries. Schreiber outlines three futures which are balanced on probabilities and at national rather than local level. The DA and EFF, potentially including smaller parties and an ANC breakaway, establish a coalition that leaves the ANC out of power; or the ANC and EFF build a coalition to keep the DA out; or none of the parties can resolve their disagreements. There is a fourth scenario but unthinkable in 2019 an ANC-DA alliance but a possibility of a grand coalition between the two in 2024.

Based on the evidence that has accumulated in the build-up to 2019, a DA-EFF alliance is likely to undertake the deep structural reforms the country needs, on the other hand an ANC-EFF coalition is likely to entrench the populist and corrupt practices that have already brought South Africa to its knees, Schreiber notes.

The author describes three scenarios: Primed For Take-off; A Toxic Homecoming and Going Nowhere Slowly where South Africa takes the high road, the middle road or the low road respectively, with the various predicted outcomes, all based on evidence. An interesting exercise in probabilities and possibilities.

Coalition Country is an unvarnished look at the future of South Africa. It is an astute book and unlike rugby match analysts Schreiber does not offer a play-by-play narrative instead his observations will start a much needed conversation. Despite its subject matter Coalition Country is accessible and written in plain English.

It deserves a place on your bookshelf, not to gather dust, but to read and see if Schreiber is correct in his predictions.