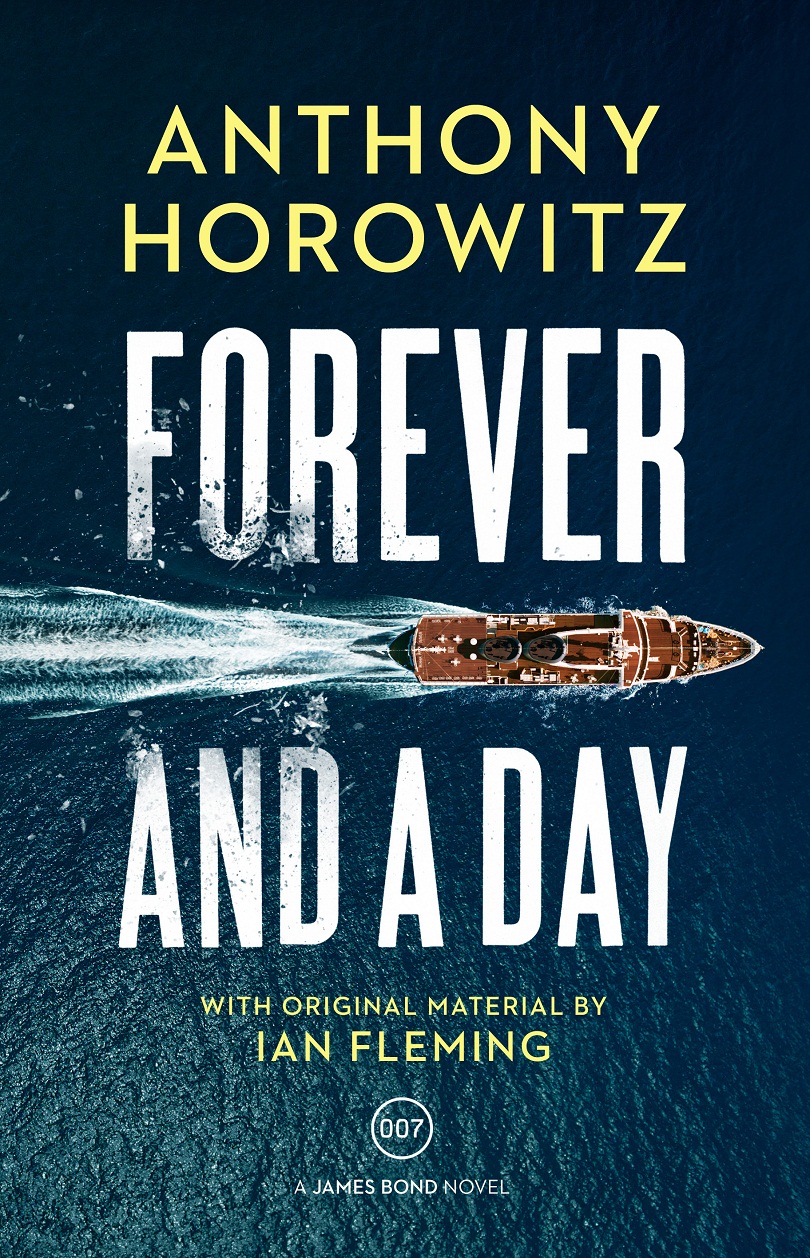 Many authors have tried to step into the shoes of Ian Fleming, the creator of the legendary James Bond. They include Kingsley Amis (Colonel Sun); John Gardner who wrote six, among them Licence Renewed and For Special Services; Raymond Benson, also six including Doubleshot; Kate Westbrook, Secret Servant, a kind of chick lit James Bond; Jeffrey Deaver, Carte Blanche and Anthony Horowitz, whose Forever And A Day is the second one after Trigger Mortis. Over the years I have read or reviewed some of the books by Gardner, Deaver’s Carte Blanche and Amis’s Colonel Sun, and of course all the Bond books and I have seen most of the film versions.

There is only one Fleming and only one James Bond but I give the authors credit for trying. Horowitz comes closest to emulating Fleming. I haven’t read Trigger Mortis but as thrillers go Forever And A Day is a great beach read that won’t tax your mental faculties too much.

Forever And A Day is a prequel to Casino Royale, the first book in the series and we learn how Bond got the much coveted 007 licence to kill number. It will probably come as a surprise to know that Bond wasn’t the first to have that number. He was promoted after he successfully but messily assassinated Rolf Larsen, a Stockholm millionaire who in a past life was a double agent for the Nazis and responsible for the “deaths of dozens of Norwegian spies”.

After Bond got his 007 (mainly by default, although he did a good job on Larsen) M sends him on another mission to the South of France to track down his predecessor’s killer.

Fleming often used the Monte Carlo casino and the South of France as happy hunting grounds for Bond and Horowitz does the same. The casino is where Bond meets Sixtine Brochet, a femme fatale with a past, an interesting back story, and she is a card counter par excellence. She’s also a dealer in secrets and has a very, very healthy bank balance. She was playing vingt-et-un (21) and raking it in. But Bond realising what’s going on beats her at her own game much to her annoyance. As usual Bond wins her over and they join forces to take on Jean-Paul Scipio, a Corsican drug dealer, who doesn’t speak English and has a permanent translator. Scipio is the kingpin of the heroin trade and to put it mildly, grotesquely obese. He joins forces with American billionaire, Irwin Wolfe, who can’t keep his hands off Sixtine. Wolfe is nuttier than a fruitcake and he and Scipio dream up a scheme to export heroin to the United States to enslave its citizens to the drug. It’s an act of revenge for Wolfe who lost two sons in World War II and be blames the US government. It’s an ingenious plan but to say more would be a spoiler.

There are a few interesting touches, not so much Flemingesque but more Horowitz-style: a factory guarded by Gympie-gympie, aka the mulberry-leaved stinger or moonlighter, the most poisonous stinging nettles in the world. Although Fleming may have wished he’d thought of it first.

We also learn a few more things about Bond. We knew he was independently wealthy but didn’t know that breakfast made by his elderly Scottish housekeeper, May, was a ritual and the most important meal of the day; Bond also learns from Sixtine how to make the best dry martini: shaken not stirred; and she stops him smoking Du Mauriers, and instead directs him to the well-known tobacconist, Morland’s, who will in the future custom make his cigarettes, a Turkish and Balkan blend.  Along the way Bond gets beaten up quite severely, but he seems to have remarkable powers of recovery. While he is searching his predecessor’s flat he is taken by surprise by a CIA agent, Reade Griffith, who is investigating the same thing. Or so it seems.  After Bond and Sixtine break into the heroin factory they are detected and make their escape in a Willy’s Jeep at breakneck speed.  Forever and A Day is an entertaining read  but if you’re expecting a cerebral Fleming thriller you may be disappointed.