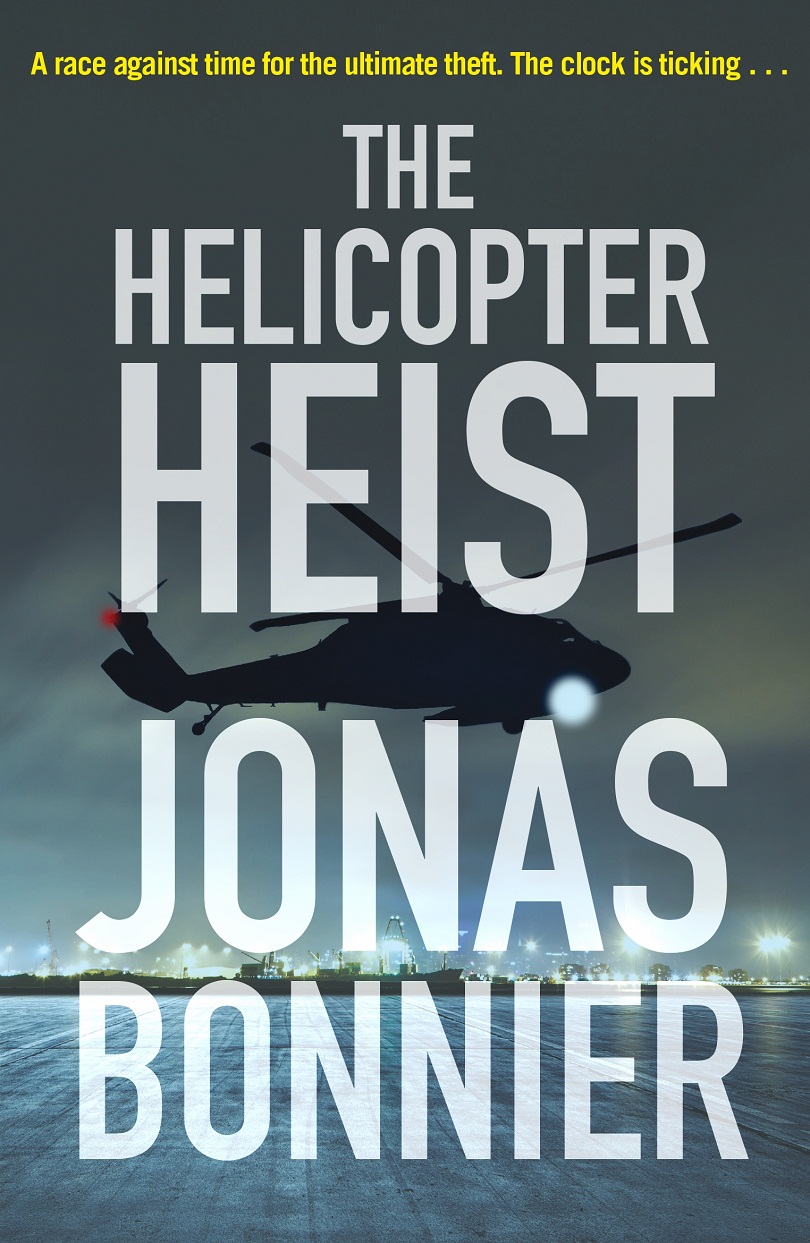 Based on a true story The Helicopter Heist will grip you from page 1 and when you’ve turned the last page you will still be trying to separate fact from fiction.

Time Magazine billed this theft by four Swedish men of $6 million dollars from one of Stockholm’s biggest cash facilities as “one of the most spectacular heists of all time”.

The four men behind the robbery are former boxer Sami Farhan, Michel Maloof, Zoran Petrovic and Niklas Nordgren. Sami is a petty criminal who has turned over a new leaf and is training to be a chef to provide for his family, a son and soon, a daughter. When he was a child Maloof and his family fled to Sweden to escape the civil war in Lebanon.  Niklas is a “fixer”, he enjoys tinkering with and repairing old appliances, the older the better, and he also has a history of criminality. Zoran, is a Montenegrin although he passes himself off as a Yugoslavian. He is a wealthy businessman with fingers in many pies and he and Michel are best friends.

An old man summonses Sami to a meeting at his cottage deep in the forest of Landfjarden near Stockholm; next to arrive is Michel and he and Sami have only met fleetingly. The old man tells them about a building in Vastberga, the repository for millions in cash and he wants Sami and Michel to rob it with the help of an insider, Alexandra Svensson, who works there for G4S and she’s looking for love. Sami is too concerned about his growing family. But Michel is keen on contacting Alexandra, and he does, and he uses her to get information about the repository. Zoran is also in on the deal as he has to source a helicopter and a pilot which will be used in the robbery. Niklas will have to construct the bombs that they will use to blast their way into the Vastberga building. The four men have their own reasons for getting involved. Sami borrowed money from his brothers and friends to invest in a fishing scam and now he wants to pay back them back. Michel and Zoran had a plan to provide bomb-proof cash bags for a security company but it is a long-term investment and Niklas just wants adventure. Meanwhile Sami is also invited to help rob the Taby Race Course but the snag is that the robbers will have to make their getaway on horseback.

The Helicopter Heist involves a lot of planning and everything must be kept a secret. The lead investigator is Caroline Thurn and with her partner, Detective Chief Inspector Mats Berggren, who had been working for the National Criminal Police for a week before he was asked to join Thurn.

While Thurn and Berggren are on another stake-out they get a call from National Police Commissioner Therese Olsson that they’ve had a tip-off about the heist. The heist is successful and once Sami and Michel see the first mailbag full of money being dropped into a boat they begin to cheer. But there’s a twist. You will have to read The Helicopter Heist to find out what really happened. Nothing is what it seems. It is not a spoiler to say that the four men were arrested because Sami was injured during the robbery and police tracked him down through his DNA which led to the arrest of his three accomplices.