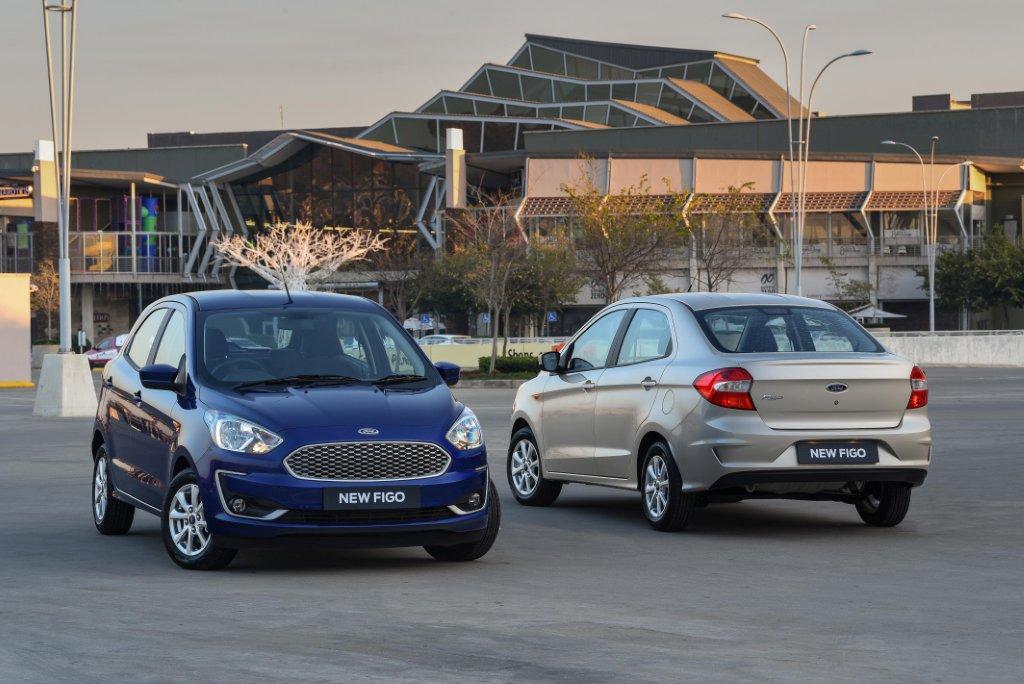 Brian Joss – Whatever you think about Ford products, one thing is certain, they all handle well and the new Figo is no exception.

My test route in the updated Figo took in a trip over the Franschhoek Pass and a brief stop to see the Berg River Dam in full spate after the drought in Cape Town. The Figo in Trend guise was sure-footed on the S-bends of the pass which 150 years ago was known as Olifantshoek after the herds of elephant that traversed the mountains and valleys of the area.

More prosaically it is also known as Lambrechts Road. Lord Charles Somerset, the Cape Governor from 1814 to 1826, gave the go-ahead for its construction in 1822 and Major William Holloway, using a group of Royal Africa Corps who were heading for Sierre Leon started work on the project. Holloway was the first person to build a stone arch bridge over a kloof. It was called Jan Joubert’s Gat and it is still being used today, making it the oldest bridge in use in South Africa, according to the Mountain Passes website.  If you drive slowly you’ll spot the plaque with the bridge’s name on it. The pass was completed in 1825 and was the main entry point into the Overberg until Sir Lowry’s Pass was built about five years later.

But back to the updated Figo. It’s Ford’s entry level into a competitive segment of the market. There have been quite a few cosmetic changes but the most important feature is the new three-cylinder 1.5 TiVCT engine (twin independent variable camshaft timing) mated to a six-speed Powershift transmission, a conventional torque converter automatic, which, says Ford, boasts greater refinement with significantly reduced vibration and noise, while offering the ideal balance between fuel economy and comfort. It is also available only on the five-door Trend hatchback. I was impressed with the new Powershift, it pulled away fairly rapidly from the lights but a Speedy Gonzales it isn’t. It goes from  0-100km/h in 12-seconds and it has a top speed of 174km/h, according to Ford.

The Figo was fairly sedate in Drive, although it does keep up with fast-moving traffic without too much hassle. But it was a different story when I switched to Sport mode. When you move into Sport territory a few things happen. The car responds more quickly when you press the accelerator;  the engine revs higher, and in an automatic, the transmission will adjust its pre-programmed shift points and hold gears for longer. The steering also feels tighter and the handling gets sharper. Basically, the Figo became more lively and I got more involved in the driving dynamics instead of just pointing the nose and steering it to where I wanted to go. It also emitted a pleasant growl from the exhaust in Sport mode. The engine delivers 88Kw of power 6 300rpm and torque of 150N. at 4 250rpm. It is an easy car to drive and handles the road imperfections with aplomb. I enjoyed driving the Figo in the CBD. I usually cringe at the thought of tackling the city traffic: it was easy to park especially with its small turning circle of 1.5m. The PowerShift was a boon and gives the lie to the old shibboleth that automatic transmission is not for small cars. The person who said that obviously didn’t have to battle a gridlocked Cape Town at peak hour. It saves having to engage the clutch with your left foot every couple of metres.

When all is said and done the Figo is what it is: a compact city runabout, with a bit more pizzazz than some in the segment. It would be quite happy on a long trip too and in Sport mode it could be a lot of fun.  However, you would have to pack the 257-litre boot carefully. Although you get a bit more space with the 60-40 split. Ford’s products are not exactly frugal with fuel. Ford claimed figures of 6. 5 litres/100 km and 150 g/km of CO2. But my numbers were just over 8litres/100km which is what you could expect from a

Inside, there have also been a few tweaks, especially around the centre console and the upper instrument panel. It is a much neater design and although it’s basic,  there is Bluetooth connectivity and a USB port, hidden in the storage bin on top of the dashboard where you can also hide your phone. There is also a clear view of the instrument panel and the figures are easy to read even in bright sunlight. The driver controls are within easy reach and there is not much fussiness about the cabin. It is reasonably spacious in front but legroom at the rear may be a bit compromised.

The driving seat offers plenty of support and it is comfortable. There are new fabric inserts on the door panels and Ford has chosen a more modern material for the seats. Styling changes on the outside include a  new front end and bumper design which houses a restyled honeycomb grille. There is detailing on the fog lamp surrounds, framed by accents that link the lower bezel to the upper section of the bumper, giving an elegant touch to the new Figo. Trend models get dual-tone multi-spoke alloy wheels. In Trend spec there is remote control locking, power rear windows and a rear window defroster. The sound system was excellent and wouldn’t be out of place in more expensive cars.

Externally, the Trend has 14-inch alloy wheels; powered side mirrors; a distinctive chromed grille, front fog lamps and full-colour coding for the door handles and mirrors. The Trend automatic is also equipped with Hill Launch Assist (HLA). Safety features include ABS anti-lock assistance, dual front airbags, and traction control..  The Figo may be an entry-level vehicle but the Trend does hit all the right notes. The engine has a lot of pep; the Figo is easy to drive and it’s comfortable too. If you’re looking for new wheels that will get you from A to B without too much hassle then the Figo fits the bill.  On the plus side, Ford has extended its service plan, which is now valid four years or 60 000km. Which means when you have to watch your bank balance the free services do help to reduce running costs.  The Figo 1.5 TiVCT Trend Hatch AT has a price tag of R207 900.