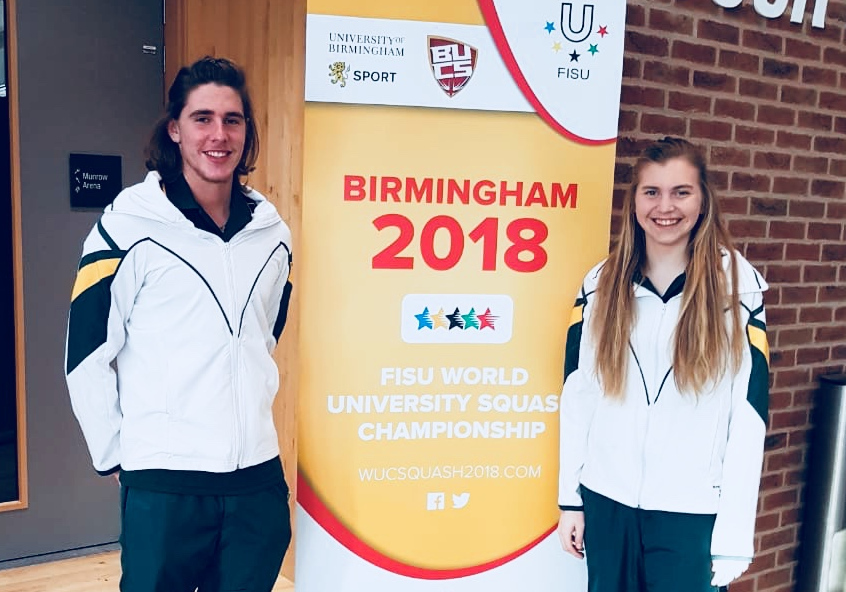 Talented Madibaz squash player John Kuhn returned from the World University Championships in England with some valuable lessons under his belt following a highly competitive tournament.

In the individual event he won his first-round match before being eliminated from the main draw and eventually ended up 20th overall.

“It was probably not my best performance, but there were some very tight and tough games which provided me with a huge amount of experience,” said Kuhn, who won the Madibaz Open earlier this year.

“From every victory and from every defeat you can always learn, and I took as much as I could from this tournament.”

He said one of his main lessons was about conditioning the body to handle the stresses of top-level squash.

“I learnt that I need to be able to stay in shape to have a chance of performing at this kind of level for an extended period of time.

“Many of the players had world rankings, which played a huge role in teaching me about being able to handle the pressure of tough competition.

“It was a delight to see the top-ranked players clash and to see how they handled themselves.”

The 20-year-old lefthander grew up in Bloemfontein, where he attended Grey College at a primary level before moving to St Andrew’s School. He showed his squash talent at an early age and represented South Africa at the World Junior Games.

After taking a gap year in 2017 he decided to study forestry and is now in his first year at the Nelson Mandela University campus in George.

He said it was an honour to represent South Africa and the expectations “are always high”.

“I was expecting to know a few more players but I didn’t know much about the opposition. So it was really good to play against so many different opponents.”

Kuhn said one of the big factors was getting used to the courts at the venue in Birmingham, which were made of artificial material as opposed to the brick walls prevalent in South Africa.

“The courts were an extreme factor and the facilities were different to what we are used to. It might sound insignificant but it made a huge difference and was something that had to be taken seriously.

“We luckily arrived a few days prior to the tournament which gave us enough time to adapt. But it was not easy to feel completely comfortable.”