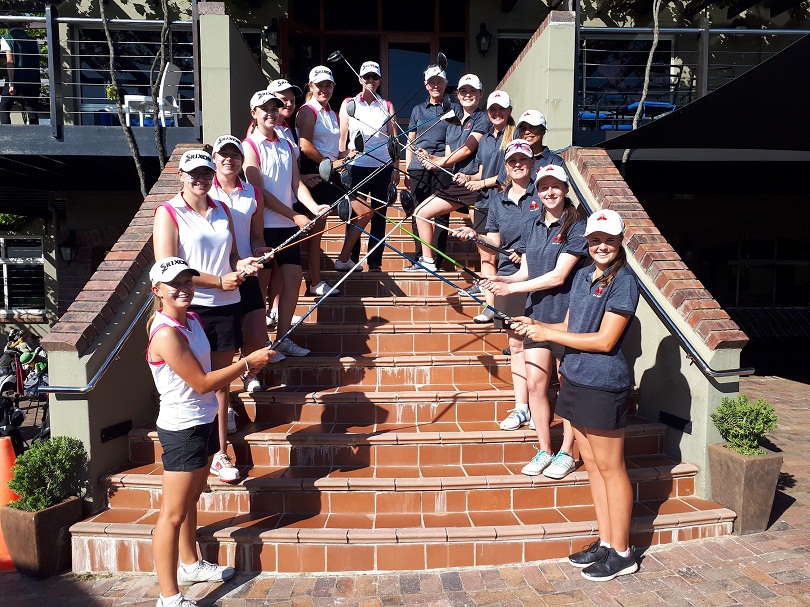 STELLENBOSCH, 4 October 2018 – The final round of the 58th South African Women’s Inter-Provincial Championship at Devonvale Golf and Wine Estate is shaping up for a mouth-watering finale in both sections on Friday.

Defending champions Western Province are in for a ding-dong battle against Ekurhuleni for the championship title, while Mpumalanga and Border will go head-to-head in the battle for promotion.

Western Province led the foursomes 2 – 1 and thundered to an 8 – 1 victory against Gauteng in Thursday’s second round to retain the top spot in the A-Section log.

Kiera Floyd and Nadia van der Westhuizen opened the batting for Ekurhuleni with a 5 & 4 win in the foursomes. Casandra Hall and captain Caitlyn Macnab won 3 & 1, while Teagan Lubbe and Kyra van Kan ensured a 2.5 – 1.5 lead for their team when they halved the final match.

Both teams have four points, but Western Province has a slight edge with 15 games points. The 2017 champions lead Ekurhuleni by a lone games point though, so it will be all to play for on Friday.

In Division 2, KwaZulu-Natal beat Boland 6 – 3 and will face Gauteng North in the final round.