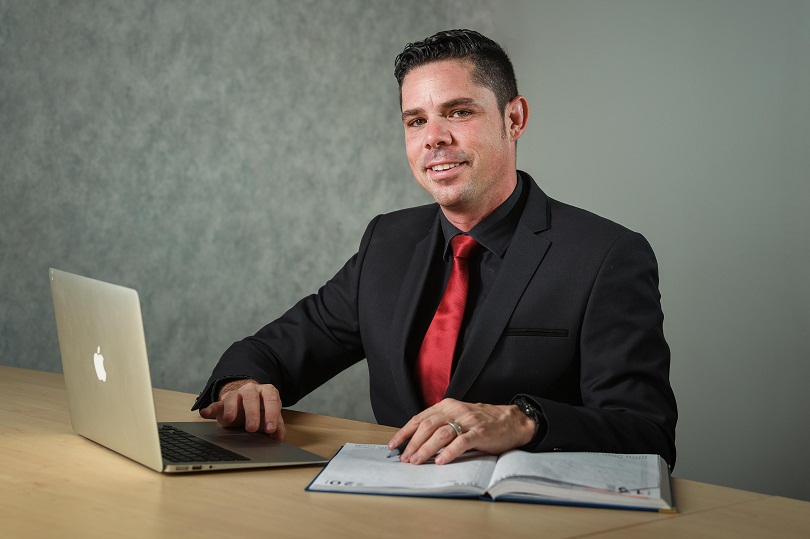 Brian Joss – Mark Dommisse, National Chairperson of the National Automobile Dealers’ Association (NADA), says the proposed new Code of Conduct will have significant negative implications for the industry and a requirement for shared thinking is critical.

“Nada and its members recognise the need to broaden participation in the automotive aftermarket sector and are committed to co-operating and assisting the commission to address matters of concern raised in the proposed new Code of Conduct.

“The impact of implementing the code in its current form will, however, have a catastrophic effect on the economy as it undermines investment, employment and consumer welfare in this important sector of our economy,” says Dommisse.

It provides substantial benefits to the country and its impact on the overall economy and employment is substantial and far-reaching. Production and sale of automotive products also generates profits for a wide range of industries up and downstream.

“Only around 20% of the entire South African car park comprises in-warranty vehicles, and it’s this small portion which the new code is addressing. We feel that significant effort and focus should be placed on developing the other 80% of the industry – which is predominantly made up of out-of-warranty vehicles,” says Dommisse.

The automotive retail industry’s contribution to the whole industry includes consulting with government through NADA and the National Association of Automobile Manufacturers (NAAMSA), invaluable apprenticeship programmes, a broad range of employee benefits, hundreds of millions of Rands in staff training and funding healthcare and pensions.

“A loss of just one of the seven major manufacturers to South Africa would have unprecedented spill-over effects both financially and socially that would far outweigh the current subsidies that manufacturers are receiving,” says Dommisse.

“We should also keep in mind that Australia shut down an entire motor manufacturing industry due to adopting controversial codes.”

“If we were behaving in an anti-competitive manner, the arbiter would have said so, which to date hasn’t happened,” says Dommisse.

“Furthermore, the background document to the draft code notes that the basis for the code is derived from complaints related “to potential exclusionary conduct…”, and does not mention anti-competitive behaviour. However, proponents of adopting the code ‘as is’ blame the franchised dealers for just that.”

“To say we are anti-competitive is untrue,” says Dommisse.

“We want to work with government and we want prosperity for all, but we want it to happen in a responsible manner that does not adversely impact consumer safety, the economy and job creation. We support a code that opens up the market in a way that protects investment, economic sustainability and consumers.

“We are a highly regulated industry and this protects our South African consumers. It will be impossible to effectively regulate a bigger industry in such a short space of time.”

By providing world-class training and exposure to global industry best practice, the franchised dealer sector plays an important role in developing the industry and its technicians. Many technicians leave these establishments to start their own businesses, or take up opportunities at other workshops. The skills they acquire are invaluable.

“Furthermore, if someone, or some organisation, is prepared to invest in us and set up costly facilities and services, then we have an obligation to protect them and their investment. This is not anti-competitive, it is responsible business practice.

“We also believe strongly that manufacturers have the right to determine the standards of those that service their products in much the same way that Boeing does with airliners or Apple does with cell phones, tablets or any of its exclusive products,” says Dommisse.

“We want to build our competition but it’s not reasonable to do it immediately. Our businesses have to meet global manufacturer standards which, on average, take many years to establish a return on investment on meeting these standards. Our level of investment is mandatory. We therefore support opening the market slowly and responsibly. There are no defined standards in the code yet. These need to be developed appropriately, and here we can help,” says Dommisse.

South Africa, according to many sources, does not have a culture of saving. Household debt ratios are increasing, inflation has the potential to skyrocket, and our currency is extremely volatile. Against this backdrop, a plan that costs out servicing and maintenance for a period of time (2 – 5 years), priced at today’s exchange rate, and with the savings added in terms of reduced labour rates and parts pricing (volumetric pricing), is not only necessary, it is critical to the consumer.

“South African consumers should consider that service and maintenance plans which are built into vehicle purchase prices at the time of sale are beneficial to them. The volatility of the Rand should be a very real concern for motorists, and securing parts prices at current exchange rates is a wise move. Ultimately, service and maintenance plans are designed to help the customer, not hurt them,” says Dommisse.

“Factory plans have a cost to them, but so does a steering wheel or car seats or any other standard feature, the costs of which will always be lower when there is massive scale (such as in every car) as opposed to purchases that cannot match these economies.”

“Additionally, inflation and currency issues affecting South Africa are not the same in the EU or the US where their economies are stable, growing and mature,” says Dommisse.

Service and maintenance plans add value and give customers peace of mind. NADA believes that over time, the cost of these should plans be disclosed. In the interim customers can assume that the costs for these are in line with any of the third-party bolt on plans – the costs will be similar, and most likely a bit less.

“There is no quality control of alternate parts coming into the country and we don’t believe that this is responsible. Our question is: How will the industry ensure quality parts are utilised in consumers’ vehicles? Who is going to police the parts and vehicles coming into the independent workshop,” says Dommisse.

“If the industry is not required to use genuine or approved parts, there can be no monitoring of safety standards. And this won’t only apply to passenger vehicles – heavy commercials, trucks and buses will also be affected.”

“In the case of a dispute, the Original Equipment Manufacturer (OEM) will have to inspect the vehicle. There are bound to be many claims and compliance will be unmanageable.

“If the independent workshops are going to use quality parts, made by an original parts manufacturer (such as Bosch or Denso) and of the same specification, design and model, then this might, one day, in theory, be acceptable. However, the reality is that it is unlikely that all independent workshops will use these parts due to the very high cost. It is doubtful that the manufactures will allow this during warranty,” says Dommisse.

“What we will likely see is the use of ‘equivalent’ generic parts that fit, but are nowhere near the quality nor have been tested under the conditions that Original Equipment (OE) parts are. Even in the case of OE parts, unless the person knows how to install them properly, test them, and assure that the work is completed to specification, the parts themselves are meaningless.

“Take cola for example. Cola is stored in the same container, is the same colour, has the same ingredients as Coca Cola®, but nobody comes close to the original. Applied to safety, this difference is critical,” says Dommisse.

“It is extremely important to emphasise that the sale, maintenance, repair and operation of a motor vehicle is ultimately about the safety of the customer.”

“In general, we agree with the principles noted throughout the code. It is the application and machinations of it that we object to. The changes made to draft 2 of the code have not taken on board the submissions made by Nada to the first draft,” says Dommisse.

“In order for the automotive industry to continue to contribute positively and sustainably to the South African economy, all stakeholders need to engage, discuss and constructively develop a meaningful and sustainable new Code of Conduct,” concludes Dommisse.