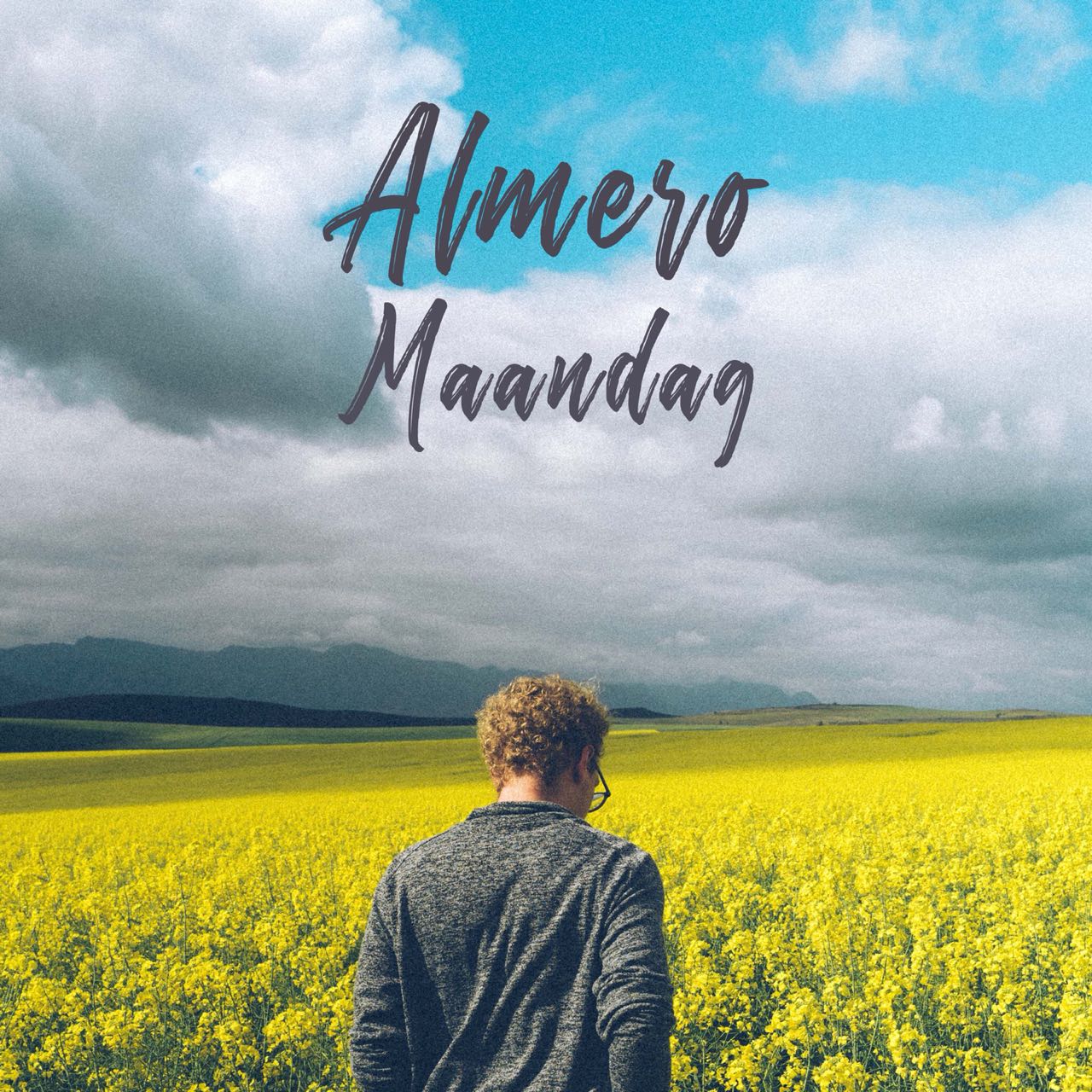 Almero definitely needs no introduction in South African music circles. This is his second year in the industry and he can already list several highlights, including his duet with Bouwer Bosch, Nul Is Nie Niks Nie, which was used for the youth film of the same name.

He also had the privilege of sharing the stage with Bouwer at the OppiKoppi music festival in 2017.

He is only twenty-one years old and already boasts his own short story, poetry collection and two singles, all of which have been very well received. With the release of his newest hit, MONOCHROMIE, he has definitely cemented his place in the hearts of local music lovers, but the time has come for this talented star to release his first album, MAANDAG.

Together with his album, he will also be releasing another single, called Vloedverlief ft. Reënwolf. Vloedverlief was written by Almero and Danie du Toit (Reënwolf). The song was created in Danie’s apartment in Stellenbosch, along with three other tracks that are also included on the album. They both felt that it would be a good idea to collaborate on this song. Danie was also involved in the production of all four songs.

“Vloedverlief is a conversation between two people. One wants to give up and the other wants to take on the world and fight for survival. Both have doubts, but one is willing to try. Danie and I both love the story of Noah and the ark and this theme is evident in the song. We all live in arks sometimes, but that is not what we were created to do. We were created to conquer the waves,” Almero says about the song.

The album, MAANDAG, has no clear origin, but for Almero Monday has always been a day with very specific characteristics. Beginnings also hold a lot of potential. The first song on the album is called Maandagoggend (Monday morning) and the last, Maandagaand (Monday evening).

“My new album is very personal and special to me. Each song contains an important story of my life as well as the journey and people that helped me to get where I am now. A lot of my friends’ and family’s stories also feature in my music,” explains the artist.

Aside from his brother, Nico Welgemoed, various other musicians contributed to the album, including Bouwer Bosch, Danie du Toit, Ruan Graaff and Peach van Pletzen. The album will be distributed by Kanada Records.

About his collaboration with Spoegwolf’s Danie du Toit, Almero says: “I am a big fan of Spoegwolf and Danie, because of their unique sound and lyrics. I took a chance and asked him to help me. He agreed and we worked together on it for a week in Stellenbosch. It was amazing to get to know him as a person and musician. His has made a tremendous contribution to the album.”

Singing, however, is not Almero’s only talent. Aside from the fact that he is a deep thinker and a brainbox – he wanted to become a surgeon – he is also an exceptional writer and poet. He is currently busy marketing his book, Donderweer Gedagtes, and released Liefde Wen with Bouwer Bosch in 2017. “People and their relationships with one another inspire me, and this collection is about love in all its different forms. It started as a poetry competition. We received more than 400 hundred entries and selected our favourites to form part of the final collection,” he explains.

MAANDAG is available on iTunes from today: