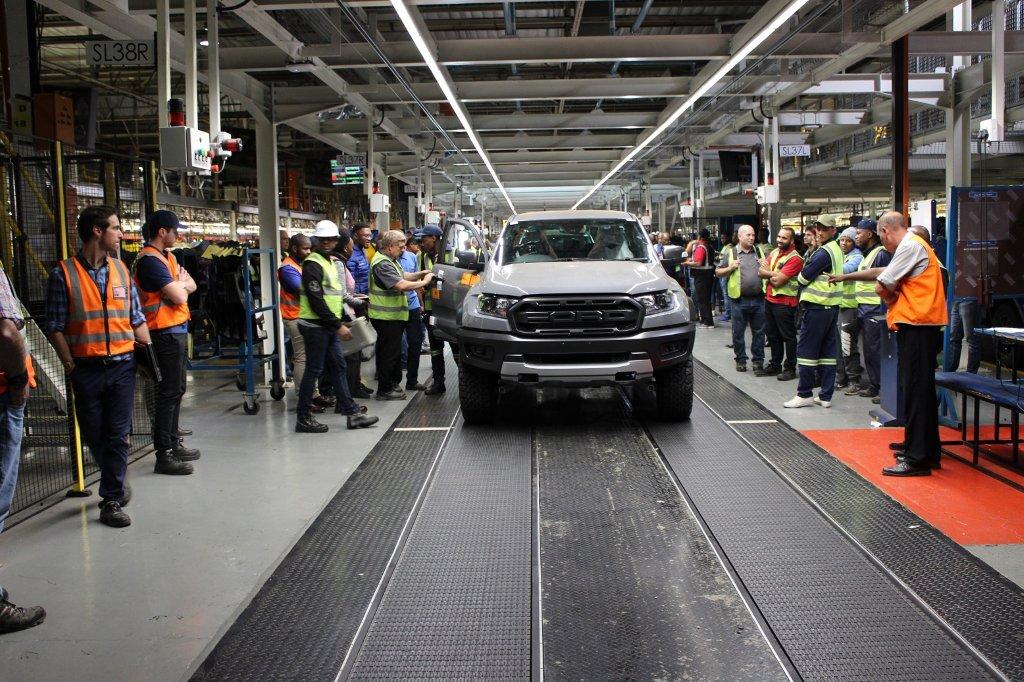 Brian Joss – The dream of producing the highly anticipated Ford Ranger Raptor has taken a big step closer to becoming a production reality with the first batch of trial units emerging from Ford’s Silverton Assembly Plant in Pretoria.

As the first Ranger model to be introduced as part of the Ford Performance family, this high-speed off-road bakkie will set an entirely new benchmark for its segment when it is launched in South Africa during the first half of 2019.

In the meantime, in preparation for full-scale production of this exhilarating all-new model, the Silverton Assembly Plant produced its first

“This is a momentous occasion for everyone at Ford, as we witnessed our first Ranger Raptor TT unit coming off the line after more than 18 months of extensive upgrades and modifications to the Silverton assembly plant,” said Ockert Berry, VP Operations, Ford Middle East and Africa.

“We continue to invest in our local operations to meet growing demand for the Ranger, and are currently introducing new equipment on the assembly line to improve the handling of the chassis turn-over, adding incremental buffers in the Trim, Chassis and Final line as well as new shipping conveyors in the Fitment Centre,” Berry adds. “This is an additional R160-million investment in readiness for our expanded production capacity, commencing early next year.”

As for the Ranger Raptor, Berry is particularly enthusiastic about this all-new model: “The Ranger Raptor is an exciting and very important model for us, as it pioneers an entirely new dimension for the pick-up or bakkie market and represents the first Ford Performance model to be produced in South Africa, destined for export to customers throughout Europe, the Middle East and Africa,” Berry adds.

Powered by an all-new 157kW / 500Nm 2.0-litre Bi-Turbo engine assembled at Ford’s Struandale Engine Plant in Port Elizabeth, and utilising a sophisticated new 10-speed automatic transmission, the Ranger Raptor has the punch to match its muscular and aggressive design and off-road capabilities.