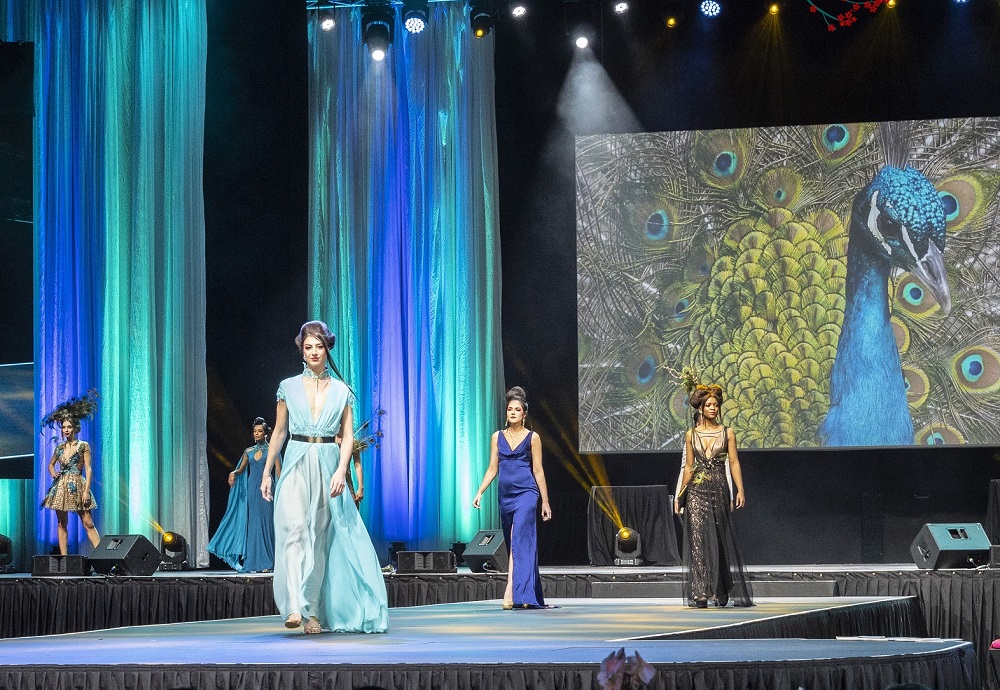 The Whispers of the Orient-themed show promises to turn the Boardwalk Hotel and Convention Centre into an eastern wonderland on October 20.

“I alluded to natural elements within the Orient, namely the peacock, koi and cherry blossoms. All these feature prominently in their art and culture,” said Kieck.

He added that the designs would represent a celebration of beauty within life and styling elements based on particular features of individual inspirations.

“I’ve brought the theme into the designs through the feathers and colours of the peacock; the colours, surroundings and fluid movements of the koi; as well as the colours, petals and feminine tones of the cherry blossoms.”

With the Igazi Foundation – a non-profit organisation concerned with blood issues in the country – the beneficiary for the fifth year running, Kieck felt the theme fitted in perfectly with their vision.

“Igazi is about life and helping people to fight for it. The same goes for the theme as all the inspirations show life in abundance, creation and the will to survive.”

The charity couture display and gala dinner will also treat the audience to soprano Hlengiwe Mkhwanazi performing pieces from the Japanese opera Madama Butterfly, while all-female Cape Town band 3 Tons of Fun will bring everyone onto the dance floor.

Kieck felt last year’s “Hope of Africa” show was a great success and helped open doors to future pathways of success. This year was the first time they had the opportunity to present the show in another city.

“We always endeavour to ‘up the ante’ and with the response from the Pretoria show we seem to have done that again this year.

“Sun International offered me the Sun Arena to stage my event and this was a huge honour.”

This is the sixth year that SPAR will be involved as the title sponsor and Kieck said this had allowed his company and the NGO to showcase their work on a national scale.

SPAR Eastern Cape sponsorship and events manager Alan Stapleton said apart from “enjoying the glitz and glamour of a truly professional show” their involvement enabled them to support a cause that touched many people.

“It allows us to give back to a group that displays all the entrepreneurial flair that we believe in as well as the ability to talk about our belief in family values and living healthy lifestyles.”

He added that Igazi, the only dedicated haematological services NGO in the country, had crept into their hearts and they felt privileged to be able to support the medical teams, staff, patients and their families who face cancer and other blood disorders with such courage.

“It’s humbling to be able to assist and make the lives of those struggling with this torturous disease just a little bit better.”

Stapleton said he loved this year’s theme as it was “soft, mystical and mysterious”.