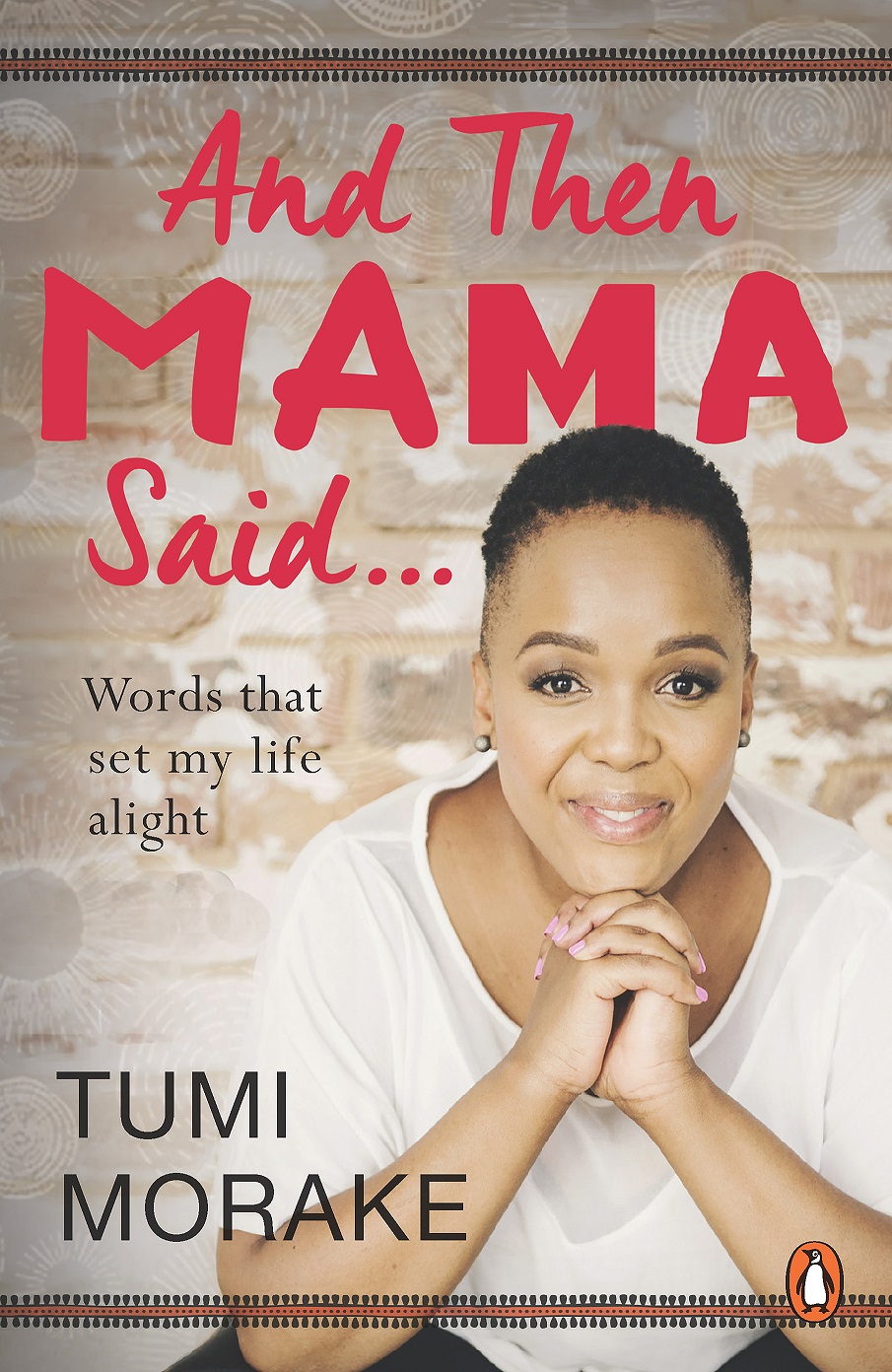 There’s only so much you can find out about Tumi Morake from the stage, the screen…and the internet.  Her highly anticipated debut book, ‘And Then Mama Said’, officially hit the shelves on 8 October and is the voice of Tumi in private – a behind-the-scenes perspective of a pioneering South African star who has been deeply loved and viciously hated by her audiences.

Tumi Morake has modelled her public persona on her mother – a charming and contentious woman who used her big, bold voice to say what others were afraid to utter.  It’s the personality that Tumi has taken on stage in the mostly male space of stand-up comedy, and the one that gave her the courage to comment about apartheid on air.

“This isn’t my biography, but a collection of memories from my life.  I have shared some of the things that have made me resilient and shaped the persona of Tumi Morake.  I have often been asked to share my story and I thought what better way than by honouring the woman who made me who I am, my mother,” comments Tumi Morake.

In this must-read memoire, Tumi gets frank about the race row at Jacaranda FM; the Jaguar car accident that cyber bullies said she deserved; the body-shaming she endured on the set of Our Perfect Wedding; and her tumultuous relationship with her beloved husband.

Throughout her story, she carries the voice of her mother, and with it the indispensable life lessons that made her who she is today.

“It took me a long time to figure out how to tell this story, whether I should be comedic as would be expected or just share my honest perspective.  I looked back at how often me and my cousins would revert back to what my mother said growing up and I decided then to let that voice that is with me all the time to guide me in my book.”

The book is a look behind the scenes of the entertainment industry and its scandals; an inspiring read of her rise from humble beginnings to fame and fortune and a sneak into issues of racism and cyberbullying.   And Then Mama Said is the real, unfiltered story of Tumi Morake.

“As a woman surrounded by women growing up, I am glad I was not surrounded one kind of thinking.  I developed a strong sense of who I am.  My love for my mother burns strong.  I wanted to be a living legend like she was when she was alive.  I miss her incredibly and the things she said to me have influenced my approach to life and its challenges.”

About how she feels to be adding a book to her long list of accomplishments, Tumi adds: “I am in awe and incredibly humbled.  It feels like having accomplished something outside of my comfort zone, being immortalized in something tangible.”

The book is published through Penguin Random House and is now available at Exclusive Books, Bargain Books, Loot, Takealot and Reader’s Warehouse.

Tumi Morake is an award-winning South African stand-up comedienne, television host and actress.  She also wears the hats of TV producer and writer; wife and mother of 3.  Morake cut her teeth as a writer on SABC’s flagship sitcoms and broke into television acting through those channels.  She is dubbed as one of South Africa’s queens of comedy, headlining on local and international stages.  Morake has dabbled in radio and remains one of South Africa’s most sought-after acts.  She also sits on the board of directors at Summat Training Institute and St. Aquinas College.