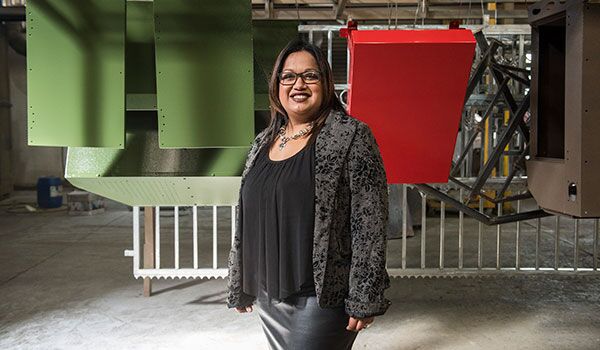 11 October 2018: The current economic landscape is having a detrimental effect on both consumer and business confidence, however, PWC’s Family Business Survey: New vines from strong roots 2016/2017 reveals that South Africa’s family business sector is set for quick and aggressive growth over the next five years.

This is according to Anton Roelofse, Regional General Manager at Business Partners Limited (BUSINESS/PARTNERS), who says that the report reveals that whilst other businesses are struggling to create revenue, around 78 percent of South African family businesses reported growth during 2017, and 62 percent are expecting to grow steadily over the next five years. “These growing businesses are essential to bolster the struggling economy, so if a person finds themselves in a position to take over a family business, this may be a great opportunity for them to consider.”

Taking over a family business, however, can be daunting for many reasons, says Roelofse. For Business Partners Limited’s client, Leonie Finch, co-owner of Solomon Coatings – a Cape Town-based powder coating business – being one of the few female owner-managers in a very male-dominated industry paled in comparison to filling her father’s considerable entrepreneurial shoes, but she stepped up to the plate nonetheless.

Explaining where her journey began, Finch says that she grew up on the Cape Flats where her father, Tommy Solomon, ran a small team of plasterers. “Our thirty-year-old family business, Solomon Coatings, began when my mother complained that the company where she worked as a buyer was struggling to find a local powder-coating business that could do the job in less than two weeks.”

For as long as Finch could remember, her father had always jumped at an opportunity and wasn’t afraid to teach himself how to do new things. “He set about finding out as much as he could about the process of spraying metal objects with a special powder, which then gets baked onto the surface as a durable, rust-resistant layer. The more he found out, the more convinced he became that there was a real opportunity, and in 1988, he opened a tiny powder-coating workshop in Blackheath.

“He managed to convince an investor, who became a silent partner, to put up some of the capital. For months, my dad worked so hard at the business that he slept in the workshop, and slowly but surely the operation started growing. It also helped that the Small Business Development Corporation – the precursor of Business Partners Limited – gave him a loan to expand his business,” she adds.

A turning point for the business came in 2010, when Solomon was diagnosed with cancer.
“However, the scare prompted me to secure the family’s control of the business. I then approached my father’s silent partner, took money out of my bond, and bought out his shares in the business.”

Finch points out that today she owns 51% of the business and her father, who is still officially the managing director, 49%. “Despite the fact that there are more than 80 powder-coating operations in Cape Town today – there were only eight when the business was started – Solomon Coating has managed to achieve substantial growth over the last few years.”

This growth has allowed Solomon Coating to purchase a new 2000m2 premises in Blackheath, close to their previous premises. Business Partners Limited gave them a 100% loan in return for a minority share in the building.

“Entrepreneurs have inherent characteristics – one being the ability to weather the storm. As such, those who are in line to takeover a family business should not be daunted, but rather be inspired by those before them, have faith in themselves and take note of any lessons they can learn from their entrepreneurial parents to successfully run and grow a family business,” concludes Roelofse.