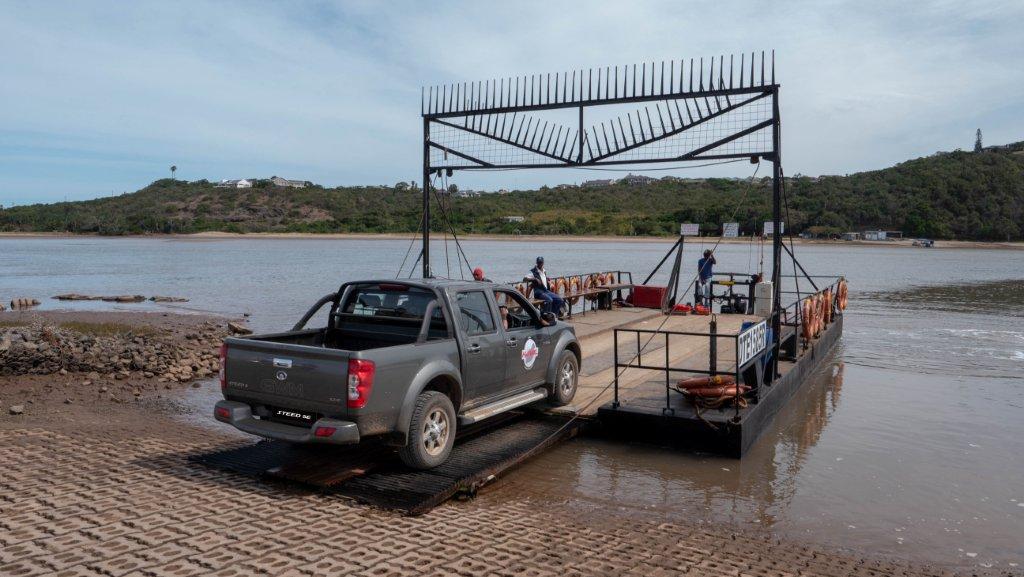 Brian Joss – GWM’s Steed 5E has just completed a journey of almost 4 500km along the east coast of South Africa. On 20 September a convoy of two Haval H9’s, two Haval H6C’s, a Haval H2 and the GWM Steed 5E set off on the 2018 Haval Outreach Expedition that ended in Cape Town last week.

With a 2.0-litre diesel engine producing 105kW and 305 Nm under the hood, the Steed 5E is the ideal workhorse for local conditions. It’s rugged and extremely capable in front-wheel drive configuration. During the 15-day journey, however, the Steed 5E proved to be much more than just muscle – superbly comfortable seats, climate control, remote audio controls and a 12V power outlet makes this the ideal bakkie for daily driving.

From the Kruger, the expedition convoy headed toward the coast before turning South toward Sodwana. Purposefully not sticking only to highways, the Steed 5E had to deal some challenging roads from potholes to sand and gravel along the way. The GWM’s suspension set-up allows it to easily deal with uneven road surfaces, while at the same time being responsive in everyday city traffic,  a Haval spokesperson said.

From Sodwana the convoy made its way to Durban, where Haval donated much-needed equipment and supplies to Wylie House Child and Youth Care Centre as well as to the Marine Surf Lifesaving Club. The Great Wall Motors (GWM)Steed 5E then proudly led the convoy on to Shelly Beach, where Haval South Africa has just opened a new dealership.

From Shelly Beach the convoy wound its way through San Lameer and Coffee Bay for another dealer visit, this time in East London. With many hundreds of kilometres under the belt, the most notable feature of the Steed 5E became its superior comfort. All members on, Haval said.

From East London the Steed 5E led the convoy on toward Port Elizabeth where the entire expedition was welcomed by over 40 Haval owners and staff. The occasion marked the handover of a -new Haval H9 to Tom Swartz, the winner of Survivor South Africa 2018. After a celebratory brunch at the dealership in Port Elizabeth, the Steed once again led the convoy to its next stop in Knysna.

By this point in the journey it was clear that no matter the driving conditions, the Steed 5E consistently delivered excellent fuel consumption figures. With a payload of 675kg, the bakkie often took on extra gear from other vehicles to free up space for passengers and camera gear, and it did so without a hitch all the way through, Haval said.

After a brief visit in Knysna, the convoy set out on the final stretch of the journey toward Cape Town, with the obligatory stop in Cape Algulhas.

After 4 500 km of rough terrain, erratic weather, heavy lifting and many detours, the GWM Steed 5E led the expedition to its final stop at the Purple Rayn hotel in Constantia.

According to Charles Zhao, Managing Director of Haval Motors South Africa, “South Africa is a SUV and bakkie oriented market, so we set off to prove that. There’s no doubt that the Steed 5E did a remarkable job as the support vehicle on this expedition. The reaction from media and the public was equally encouraging, as every leg of the journey served to highlight just how capable, strong and comfortable the Steed truly is. It’s a bakkie built to handle all local driving conditions and this journey certainly proved that it does so with ease,” he said.