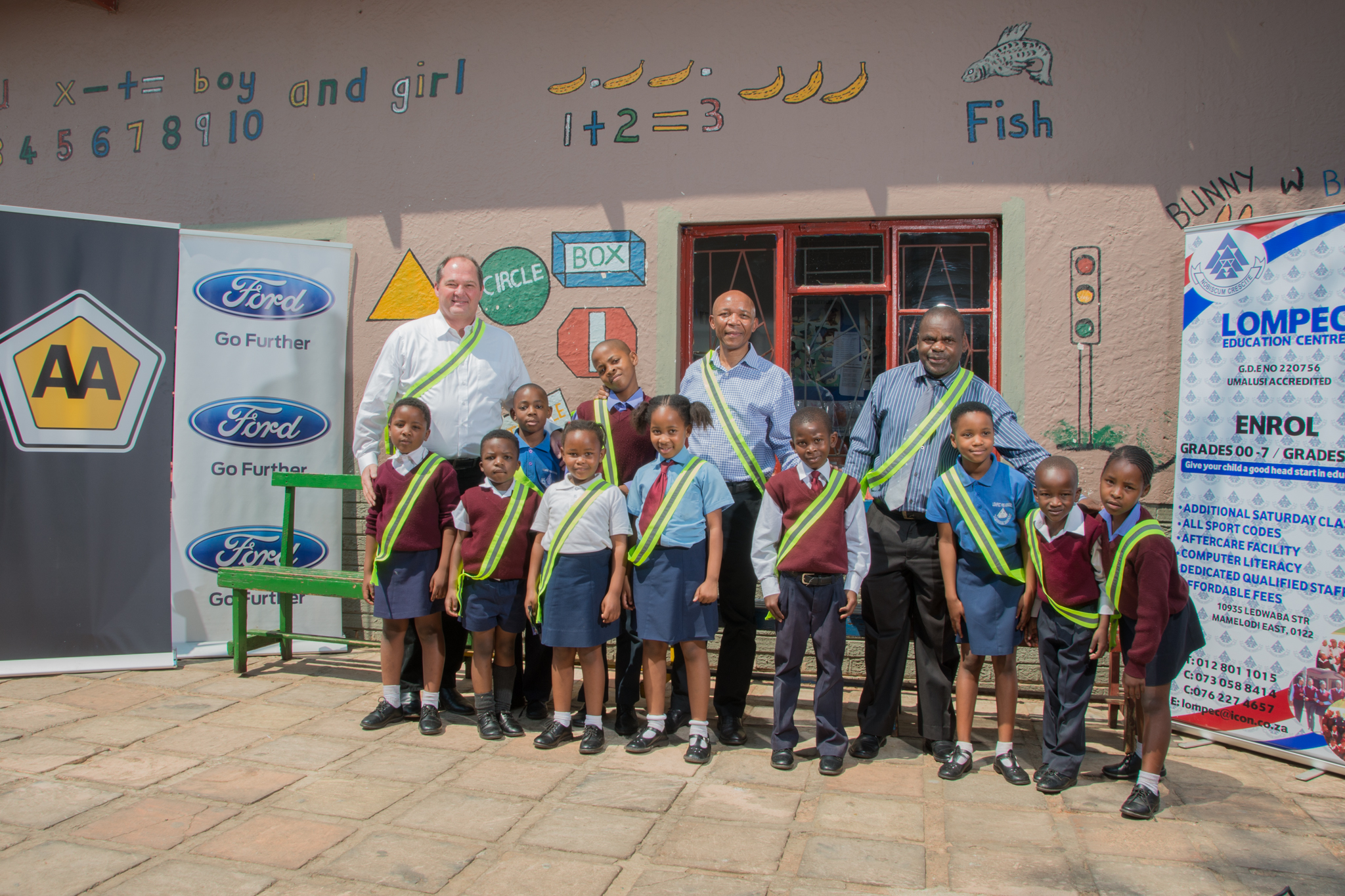 Brian Joss – The Automobile Association (AA), in partnership with Ford Motor Company Southern Africa, launched its 2018 pedestrian visibility campaign in Mamelodi, Pretoria. The campaign, known as the #ISeeYou campaign, is focused on pedestrian safety and visibility.

The #ISeeYou campaign was initiated with funding from the Federation Internationale de l’Automobile (FIA) in 2017 through its Road Safety Grant Programme, an international road safety initiative which aims to reduce road deaths throughout the world. Ford provided key funding for this campaign.

This year the AA is taking the campaign further with support and funding provided by our partner Ford.

Pedestrian deaths in South Africa account for up to one third of all deaths on the country’s roads annually. Statistics from the Road Traffic Management Corporation (RTMC) show that in 2017, 5339 pedestrians died on South African roads. Over the last decade (2008 – 2017) 48 350 pedestrians have died on the country’s roads – an incalculable number of families and lives which have been shattered.

The #ISeeYou message speaks to a deeper issue than only than pedestrian visibility; its purpose is also to drive mutual respect between motorists and pedestrians.

“With this campaign we are making pedestrians aware of the dangers they face while walking, and, through the provision of up to 15000 reflective sashes around the country, provide a solution to them. We also want to raise awareness among drivers to be more aware of pedestrians, especially in low light or dimly lit areas,” explains Mr Collins Khumalo, CEO of the AA.

“Almost 40-percent of these deaths are vulnerable pedestrians, who are most at risk during dusk and dawn when traffic and commuter volumes are highest. It is crucial that, as significant role-players in the automotive industry, we help address this tragedy by educating people and supplying them with reflective gear that could save their lives,” Mr Hill states.

Mr Khumalo says pedestrian safety remains a key challenge for road users in South Africa. As part of the campaign, the #ISeeYou message will be spread through nine taxi ranks across the country for three weeks. A massive social media campaign will support this initiative which aims to directly meet and educate 25 000 people and distribute 15 000 high visibility sashes.

“We want to encourage corporates and small businesses to kit out their staff with high visibility reflective gear and to incorporate this – and pedestrian safety messaging – in their wellness programmes. Within the campaign, a mechanism has been provided for donations to fund the purchasing and distribution of more sashes. Anyone interested in joining the campaign can visit www.aa.co.za to make a donation. In this way we hope many more South Africans can make it home safely at night,” he says.

CAPTION: The launch of the 2018 pedestrian visibility campaign took place at the Lompec Secondary School in Mamelodi, east of Pretoria. Standing with some of the pupils who received their high-visibility sashes are from left: Neale Hill, Ford Motor Company South Africa managing director, Collins Khumalo, CEO of the Automobile Association (AA), and Jefias Moyo, headmaster of Lompec Secondary School.