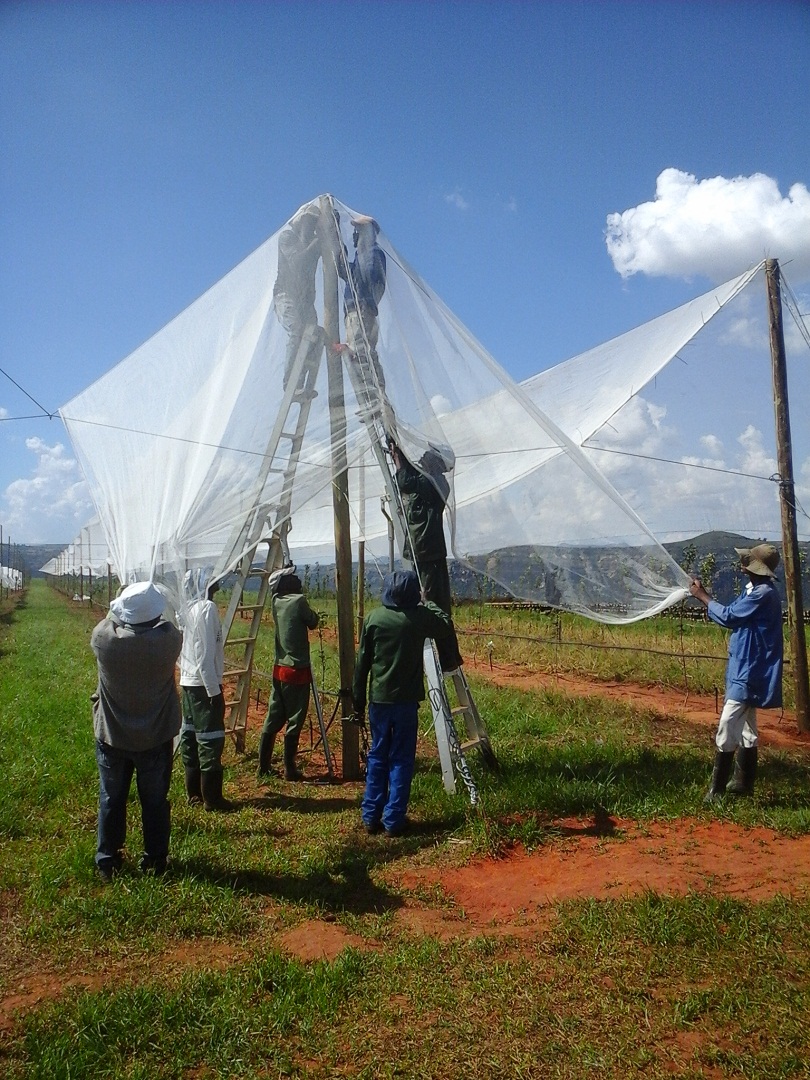 What started as supplying Deciduous Fruit seedlings to a neighbouring country 13 years ago, has now evolved into a long term partnership set to boost Lesotho’s fruit industry.

This collaboration has been further endorsed by the Prime Minister of Lesotho, Tom Thabane, via the signing of a Memorandum of Understanding on Tuesday, 16 October between these parties. A private sector initiative, spearheaded by Stargrow Africa, whereby the Lesotho Government will be investing the primary capital by means of the Lesotho National Development Corporation (LNDC), and secondary funding supplied by the World Bank.

Stargrow Africa, which operates from Stellenbosch, project manages the development of new agri projects throughout Africa, until they can be handed over to the community that owns the land. Bordering South Africa, Lesotho is known for its fertile soil, which is ideal for growing an assortment of fruit, mostly deciduous. The Lesotho Department of Agriculture approached Stargrow Africa for assistance, with a number of challenges being experienced. With the support from the World Bank and PSC, a pilot project was initiated four years ago, which saw Stargrow Africa not only manage and overcome the challenges, but also increased the country’s fruit supply from 2ha to 27ha in 2017 (mainly apples, but also pears and peaches).

One of the problem areas identified was the late frost, which is common to Lesotho, and unless dealt with in the proper manner, can be devasting to the agricultural sector. Stargrow Africa’s team overcame this by simply identifying a north facing slope, where the trees could be planted in a south-north direction facing the sun. The orchards are also covered in hail-nets, which not only protects the trees from hail, but also wind and pests such as birds and insects.

In this Memorandum of Understanding a section of communal land 100km north of Lesotho’s capital, Maseru (and approximately 40km from Ficksburg in the Free State), has been identified as prime land for getting this project off the ground. This section of land will allow for community involvement, which will ultimately lead to job creation. The size of this piece of land is approximately 1 000ha. The projected start date for Phase 1 of this venture is 2019, which will see 20ha of land under fruit trees (approximately 33 000 fruit trees, consisting mainly of apple orchards). The goal is to have the entire 1 000ha of land under fruit trees in the next 10 years. Although orchards are the primary focus, the company will also look to establish nurseries, as well as packing facilities and cold rooms.

The size of the land identified equates to 1,65 million fruit trees, mostly apple orchards. The total production is expected to be 8,4 million crates, which will fill 1 650 containers. Most of the fruit will be supplied to the local markets in Lesotho, with secondary supply to the South African markets in Bloemfontein and Gauteng. The ultimate goal would be to export to the Middle and Far East, the Americas and rest of Africa, via the Durban harbor. During this time Stargrow Africa will appoint a team to oversee the project from start to finish.