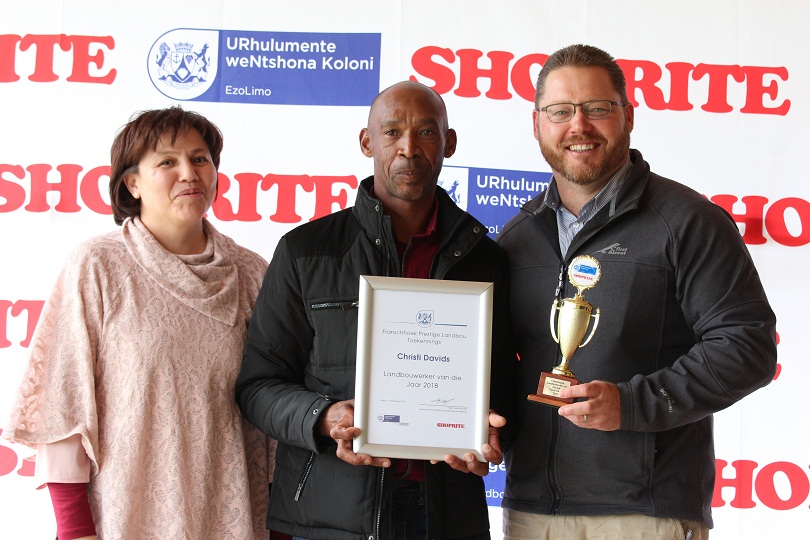 The 5th annual Prestige Agri-Awards recently took place at Leopard’s Leap Family Vineyards in Franschhoek, where the winners for the sought after titles were announced.

The initiative, previously known as the Farmworker of the Year competition, honours excellence in the province’s agricultural sector.  In doing so the competition is able to acknowledge farmworkers for their hard work, who make a significant contribution to our country’s economy.

The competition is co-sponsored by the Western Cape Department of Agriculture and the Shoprite Group, with the latter being involved with the initiative for the past seven years.

A winner, runner-up and second runner-up were selected in each of the eight categories. The winners in the respective categories, were as follows:

A special award was presented to Danie Cupido of Mont Rochelle, who received the Agri Worker with the Best Potential for 2018 award.

From here on the winners in each category as well as the regional winners go through to the provincial adjudication, where after the 2018 Western Cape Prestige Agri Worker Winners will be announced at a gala event on the 3 November at Nederburg Wine Estate in Paarl.