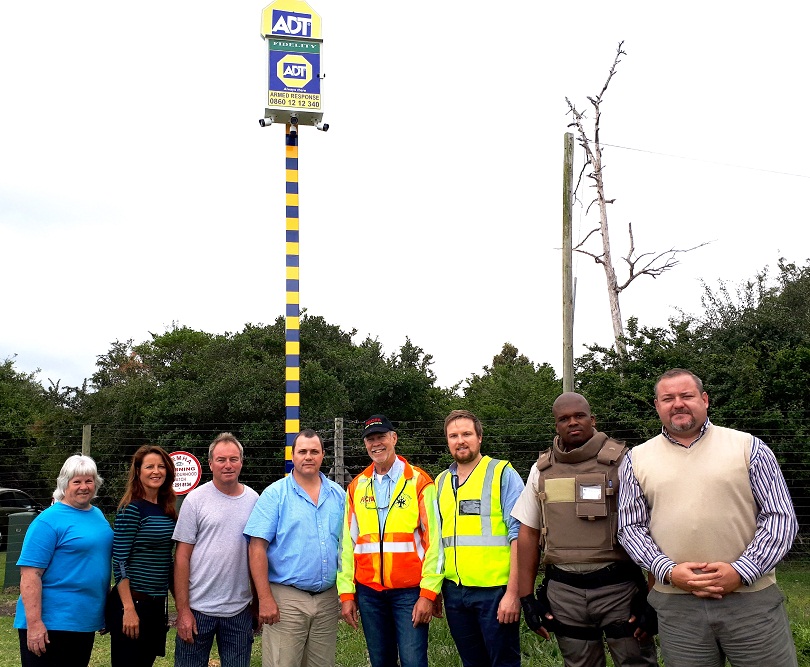 A newly installed security camera is making a positive difference for residents of Keurbooms River, outside Plettenberg Bay. It follows concerns expressed by local residents in recent months of an increase of crime in the area.

“The initiative to upgrade security in the area was a joint effort between local estates, the community policing forums and the Plettenberg Bay police. Everyone agreed that something needed to be done, which led to the idea of installing a security camera network,” explains Steven Green, Garden Route branch manager at Fidelity ADT.

A strategically placed security camera was set up, at an entrance and exit point to Keurbooms River. “The camera now serves as a surveillance station which monitors all the activities. It is monitored by our monitoring officers,” says Green.

“We have already seen a reduction in criminal activities within a short space of time, and it’s incredible to see what a difference such a camera can make in terms of creating awareness and increasing visibility.”

He adds that local community collaboration is critical in strengthening local security efforts, and thanked all the role players in Keurbooms for their involvement.