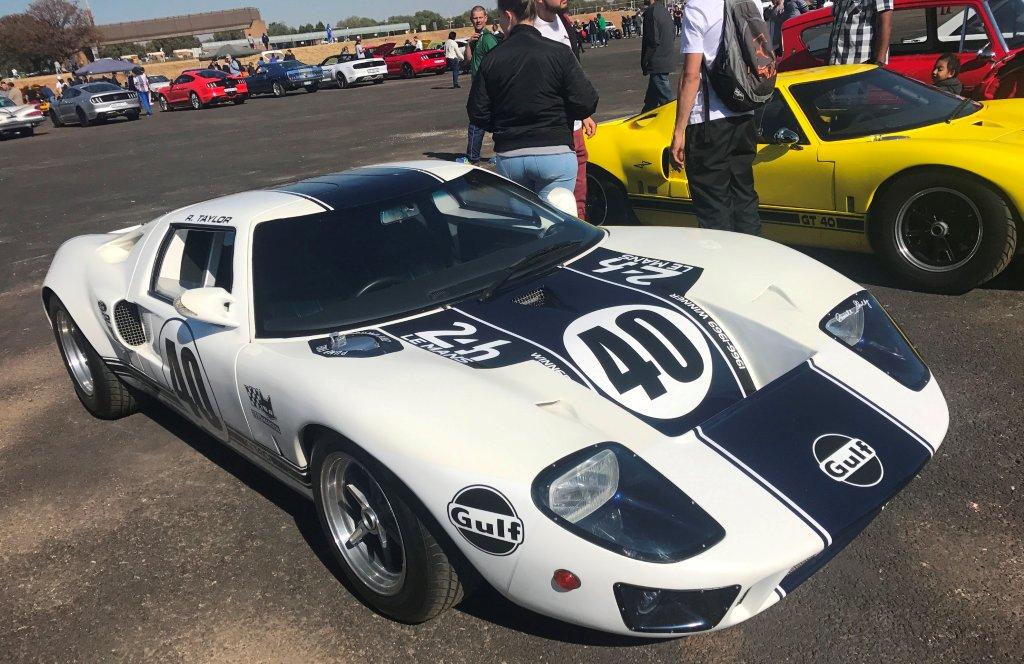 Brian Joss – The Classic Car Show will be held at Nasrec on Sunday November 11.

The new date will ensure classic car lovers can feast their eyes and ears a month earlier this year and traffic problems that affected the last event in July have been resolved with extra gates and co-ordination with traffic authorities in the Nasrec area, said organiser Paolo Calisto.

“The decision comes after many of our traditional supporters felt that the first weekend in December date was too deep into holiday territory. So to accommodate all those classic car owners and enthusiasts who are heading for the coast or the mountains, we are delighted to celebrate Christmas even earlier this year at Nasrec.”

Calisto has also assured classic car owners that the traffic jams leading into the Nasrec Expo Centre at the previous event held in July will not be repeated for the November 11 event.

“We have organised extra gates for spectators and access entrances for our classic car guys. So we are expecting an easy flow into and out of Nasrec for our November show.”

The popularity of The Classic Car Show will see over 1 000 classic cars, hot rods, muscle cars, and hot street machines likes modified Golfs, Hondas and Toyotas descend on the arena south-west of Johannesburg, located in the same area as the famous Soccer City Stadium.

The Classic Car Show has achieved such important status amongst street machine builders that many muscle car owners use the event to debut their latest “rides”.

This is a trend that follows the big North American shows like Sema, where custom car builders work feverishly to ensure that their latest machines make their public debut to a huge audience.

If recent trends are an indicator of what to expect at Nasrec on November 11, enthusiasts can look forward to some creative interpretations of the muscle-car and street-cruiser themes in the special areas demarcated by Hall 5 at the Nasrec complex.

Builders of exotic Nissan GTRs and BMW street racers have also targeted The Classic Car Show as one of their must-do events, so expect to see plenty of modern collectable supercars rubbing fenders with the likes of ’55 Chevys and ’65 Mustangs.

And talking of more modern collectables, a special display of modern Performance Fords has been organised for this year’s summer show, with hot renditions of Ford Fiesta, Focus and Mustangs displayed in a special area.

The show  will also commemorate the debut in America, 60 years ago, of the cars with the biggest tailfins of all time. These include the amazing ’59 Cadillacs, which boasted the highest tailfins ever in America, and the ’59 Chevrolet Impala and Biscayne models, which had tail fins with the widest sweep, as they were mounted more in a horizontal than a vertical plane.

These tail fins from the Chevrolet stable came as a bit of shock to the public, after the 1959 models virtually had no tail fins at all.

But all American cars of this period were laden with chrome, and this will be a feature of many of the Yankee classics that will grace the main display area at Nasrec on Sunday, November 11.

Apart from the cars, families can enjoy a flea market, beer garden, live music, helicopter rides, children’s entertainment, spinning and drifting. A Prawn Festival is also on the menu.

Opening times at Nasrec are 7 am for exhibitors. Owners of classic cars will be granted free admission, as well as one passenger per car. Classic car owners are advised to get their cars into the display areas as early as possible.  Gates for spectators open at 8 am. Spectators will be provided with ample parking at a price of R20, with access to the show via the gates on the south side of the expo centre, close to Nasrec Road.

Visit www.classiccarshow.co.za, or contact Paulo Calisto on 066 053 5425 for more information.

Nasrec is located just off the N1 highway South West of Johannesburg, and access is via the Rand Show Road off-ramp.