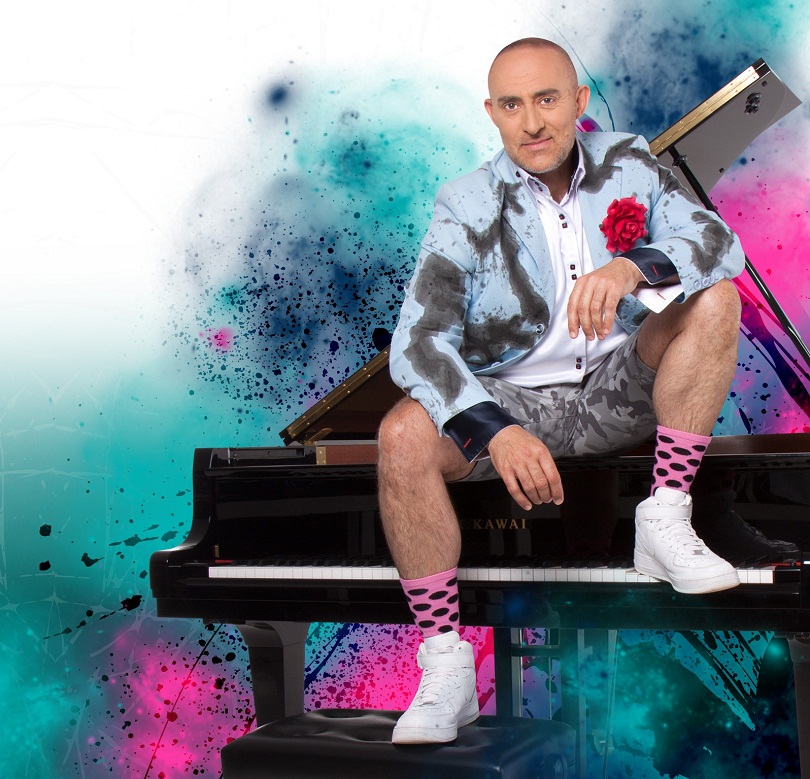 The piece was inspired by a true event that took place in the Karoo. Rocco, dressed in one of his flamboyant outfits, had to travel on the back of a bakkie for 38km when the car that was supposed to transport him to a show broke down. The bakkie was followed by crows the entire time… it is only in South Africa that you will get a pianist that is prepared to travel 38km, on the back of a bakkie and dressed in shiny clothes, to get to his show on time!

This musician released his fourteenth instrumental album, kortbroek, langkouse during July 2018 and this album continues to showcase the unique piano playing ability, distinctive compositions and interpretations that he has become known for. This latest release boasts ten brand new original tracks from his own pen, as well as favourites taken from his previous albums, including Kla 2 Kla 3 Kla 4, Anna Aeroplane, Roccobilly and Escape from the Ordinary Life (which is also the theme song for a cooking program on RSG).