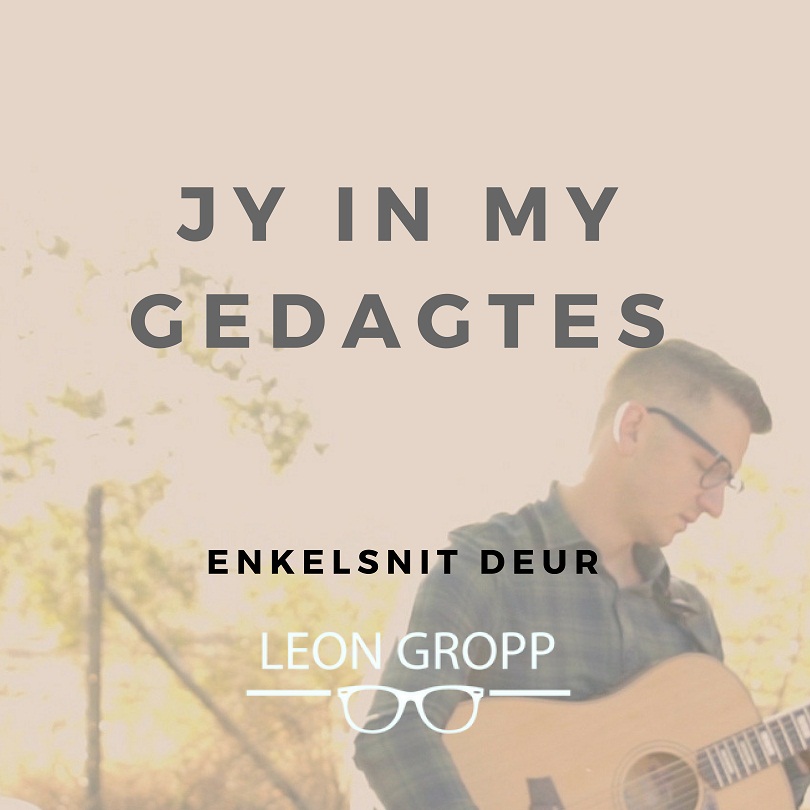 “I wrote the song for my wife.  It embodies the simple truth about true love.  Love that says – I can probably live without you in my life, but without the memories of you I would never be able to live”, says Leon.

The instruments and arrangement were kept simple on purpose, because in simplicity lies the power of the song.  It was recorded at Beardedman Studios and the mixing and mastering was done by Reggie Labuschagne at Horizon Studio.

The Pretorian officially entered the professional world of music as part of the men’s group Hi-5, which toured the country and even performed with Nataniël at the Royal Albert Hall in London. In 2007 he became part of the guitar duo CH2, which has been performing at major festivals and raking in the awards – including Vonk, SAMA and Ghoema awards for Best instrumental album – over the past decade. He won a Woord trophy for his concept album, ROOIDAG (NP van Wyk Louw) during 2018 and his first solo single and music video for BAKENLIG was released earlier in 2018.  This song can still be heard on radio stations nationwide.

JY IN MY GEDAGTES is available on all digital platforms: