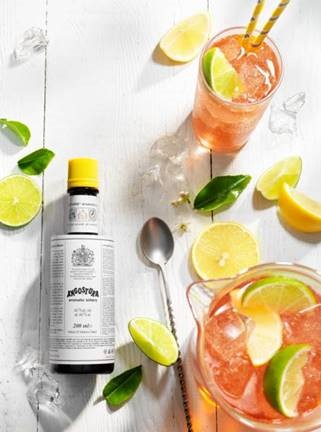 With all the hype over light and alcohol-free drinks, one standout beverage has rocked the world of mocktails for as long as we can remember – the Rock Shandy.

The request for low-AVB (alcohol by volume) and non-alcoholic cocktails has shown a sharp increase in the international bar scene of late. With more health-conscious consumers opting for alcohol-free drinks, there are now more options and new creations hitting cocktail menus than ever before. However, one mocktail has stood the test of time for as long as we can remember, the Rock Shandy – a simplistic and subtle refreshment which has cemented itself as an ambassador for the modern mocktail.

The drink is said to be a creation of Irishman, Frank Murphy, an avid swimmer who would stop off at O’Rourkes Pub every Sunday after his morning swim in the open sea baths of Blackrock. Upon arrival, he would ask for his ritual combination of Club Orange and Club Lemon. This original blend would later be dubbed the Rock Shandy. Named after the pools of Blackrock, his drink would become a revolutionary addition to the global bar scene.

The innovative beverage would eventually go on to be tweaked and refined across the world, with variations such as the Pépin’s Shandy in France – a combination of lime cordial, ice and soda water; The Malawi Shandy – half ginger ale, half soda water over ice with a few dashes of Angostura aromatic bitters; and in Singapore – one third cola and two thirds ginger beer with ice, a slice of lemon and a few dashes of Angostura aromatic bitters.

But who could forget the classic local Rock Shandy – a combination of lemonade and soda over ice with a couple of dashes of Angostura aromatic bitters to taste? The absolute perfect serve in terms of non-alcoholic refreshments, the Rock Shandy has gone on to become a first choice in South African restaurants and country clubs.

Whilst all of these worldly adaptations may have their own take on this timeless beverage, they all keep to one key element – the ‘golden rule’ of the ultimate Rock Shandy (the name given to all non-alcoholic “shandies”) – those famous few dashes of Angostura aromatic bitters.

One doesn’t have to frequent watering holes to know about the age-old partnership of cocktails and Angostura. It doesn’t matter if you’re making a simple Rock Shandy at home or being stunned by one of those ‘Tom Cruise type’ cocktail barman who can majestically spin three bottles in one hand, Angostura aromatic bitters has always and will always be THE essential bar ingredient for that extra depth of flavour.

To download the official House of Angostura Cocktail app visit http://angosturabitters.com/app/ – available for iPhone from the Apple App Store and for Android devices from the Google Play Store.