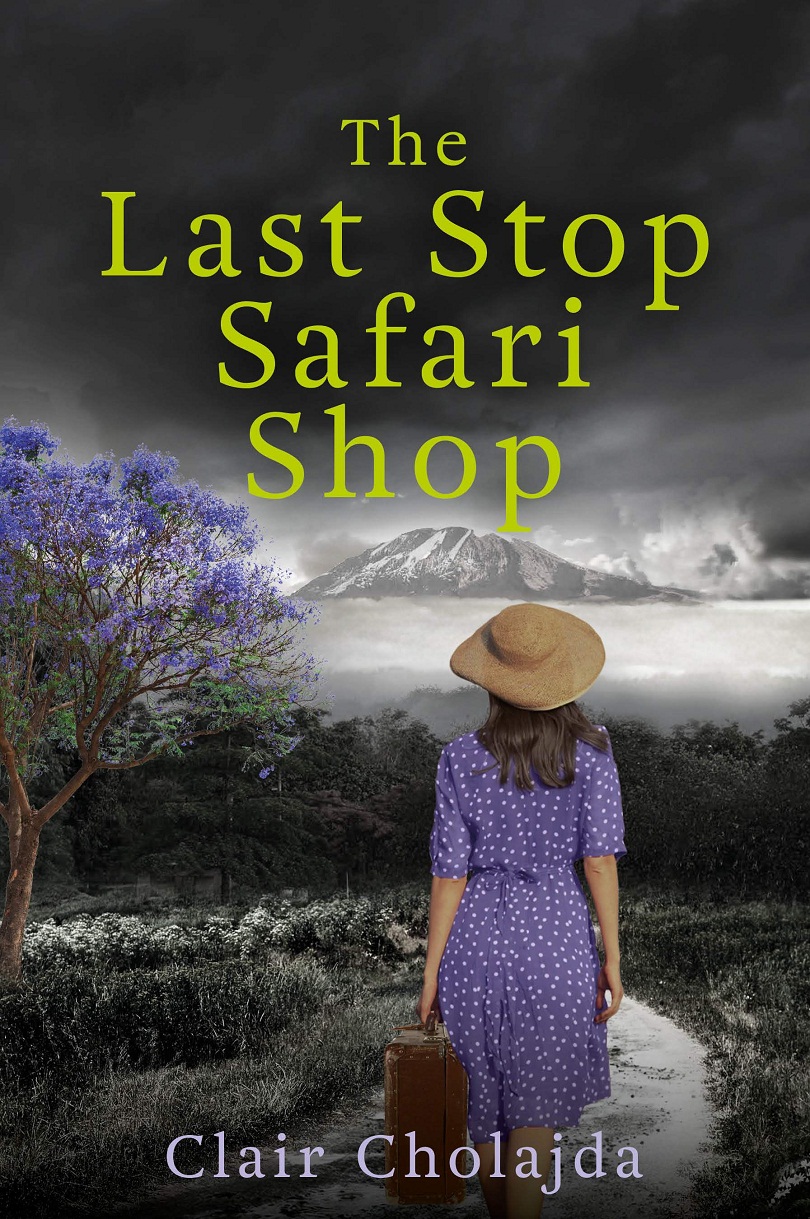 Three disparate people with plenty of baggage, Marius Prinsloo, Evelyn Hope and Astrid are thrown together in Tanzania by fate. Physiotherapist, Astrid, a Swiss citizen and daughter of two psychoanalyst parents, Hendrik and Katya, has always longed for Africa: she has never felt free in Switzerland and though her parents cared for her there was always a cold distance between them.

Marius Prinsloo, an extremely talented interior decorator, wasn’t the rugby-playing star his father Jan envisaged. Marius was so unhappy at school that after he scored a try for the opposition he attempted suicide near Cape Point where a jogger  found him unconscious. His parents, Jan and Lenore were so distraught that they enrolled him at art school.

Evelyn left the then Rhodesia (Zimbabwe) soon after her husband Mike was murdered by terrorists in an ambush. She has been living in the grey and drizzly Exmoor for the past eight years but hasn’t been able to shake off the after-effects of her husband’s death. Then she receives a letter from Jackie and David, her late husband’s sister-in-law and brother respectively, inviting her to live with them at their farm in Zimbabwe where they run a rhino conservancy. After much contemplation she accepts their offer.

Astrid lands at Kilimanjaro International and the reality is quite different to her dreams. On the way to the Usa River Lodge, near Arusha, where she is booked in for two nights, she expected it to be much hotter; she didn’t see any wild animals roaming the streets, only the chattering vervets in the trees; she saw four Masai men draped in scarlet blankets; women in colourful kangas and an old man in a donkey-drawn cart.

When she arrives at the lodge to a warm welcome from the owner Greta, a Dutch immigrant, who made her home there with her Tanzanian husband Luke, a wealthy businessman with a string of properties. Greta also runs a school for orphans at the lodge much to Luke’s chagrin. However, more cold water is poured on Astrid’s dream when she realises that safaris are too expensive and she will have to get a job to enable her to live in Africa, specifically Arusha, Tanzania.

Meanwhile the design firm owned by the brothers Joseph and James in Cape Town where Marius was employed closed after Joseph was assaulted on his way home from work. The brothers were so traumatised that they packed for London, leaving Marius without a job. But, the old boys’ network is alive and well, and Jan asks a tennis playing friend, John Saunders, the marketing director of Africa for the Long Run (ALR) to interview Marius with a view to employing him as an interior decorator for a string of luxury lodges they own and run in remote concessions of Africa. All in the name of conservation. Reluctantly Marius accepts the offer and within two days he and John are off to a concession west of Serengeti. Despite his misgivings Marius begins to enjoy the challenge of his new job and visits Tanzania regularly for work.

When Evelyn returns to Zimbabwe she gets involved in the conservation project, helps to feed the baby rhino, Tatenda, and writes promotional literature. She also meets the veterinarian, Nick, who is involved in anti-rhino poaching; but some of his views are diametrically opposed to Evelyn’s.

Greta offers Astrid work in exchange for board and lodging. In Arusha she is employed by Aardvaark Safaris to take the place of Elijah who is suffering from a mysterious malady and is not expected back any time soon. In exchange for work Astrid will get her dream safari. Although she still doesn’t know  what she is going to do without money.

She meets Nadia, the owner of a coffee shop in Arusha, whose greasy, oily, tasteless samosas are known from Cape to Cairo, and the coffee she serves is not much better, and they strike up a friendship.

Marius, Astrid and Evelyn are the protagonists in the Last Stop Safari Shop and their lives gradually become intertwined. There are some amusing moments, when Marius’s parents plan an exclusive 21st birthday for him. But Marius conveniently forgets to tell Jan and Lenore that he has invited friends from the townships and only remembers when buses, packed with revellers, start rolling up for the celebrations. There are also poignant moments when Marius is at his father’s deathbed, still trying to make him proud. There are also some heart-stopping incidents, especially when Marius and his team are caught in a flash flood on the way to open a luxury lodge in the Selous Game Reserve in deepest Tanzania.

Nadia who is eking out a living at the coffee shop for her and her children is told that the rent is going up. She is so distraught that she accidentally burns herself with hot oil and lands up in hospital. She is petrified she will be café-less and homeless and her children who are living with a friend will have no place to go. In a twist, Greta discovers that her husband Luke owns the run-down building.

Unexpectedly Astrid’s parents decide to visit her and she takes them on safari. They appear to be as cold and aloof as always but after snorkelling at Stone Town, Zanzibar, Astrid overhears them talking, and their complex relationship changes. And Nick has invited Evelyn to stay with him at his house in Tanzania on a coffee plantation that used to belong to his parents.

One day Astrid has a brainwave and decides to open a “shop” with everyone’s backing and a loan from her parents.

These are threads that make an engrossing read. Cholajda could easily have turned The Last Stop Safari Shop into a violence-ridden tale of  Africa. There is bloodshed, though, especially the horror of Evelyn’s husband’s murder at the hand of terrorists. But it is not gratuitous and fits in with the story.

Cholajda’s writing style is similar to that of Alexander McCall Smith in his No 1 Ladies Detective Agency set in Botswana.

The Last Stop Safari Shop is a compelling read about three people who find themselves and their inner strengths in an Africa which is harsh, gentle and all-embracing at the same time. The Last Stop Safari Stop is highly recommended. It will hold you in its magic spell from the first page. Take a bow Cholajda.