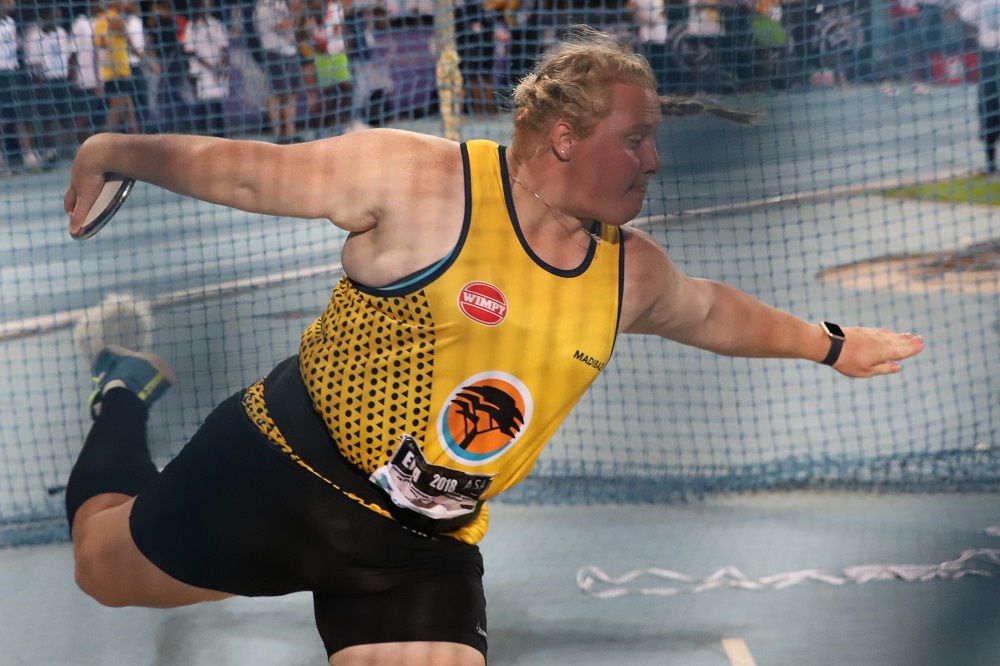 The function was held at Nelson Mandela University’s Madibaz Indoor Sports Centre, where Senekal and Maxama were deserving recipients of the Sportswoman and Sportsman of the Year awards respectively after excelling in their respective fields over the past 12 months.

In the team category, the SPAR Madibaz netball outfit won the Team of the Year award after an outstanding 2018 which culminated in them narrowly missing out on a place in the final of the Varsity Netball tournament.

This award involved a poll on the Madibaz Facebook page, where students had to vote for their favourite personality. The top three nominees were Maxama, Senekal and netball star Nobubele Phuza.

Maxama’s achievements in karate reached a peak when he participated in the All Africa Championships in Cape Town in July.

The event acts as a selection tournament for the world championships in Japan, which are held every four years.

Maxama took first place at the Cape Town event, making him a frontrunner to captain the African team at the world tournament in Japan next year.

He already has experience of competing in Japan when he took on some of the best fighters in the world in the all-Japanese weight category tournament this year, losing in the third round.

At the University Sport South Africa week in July he dominated the competition by winning gold in kata, semi contact, full contact and team kata. He was named the best overall participant at USSA.

Senekal had one of the best years in her career with the Bestmed Madibaz Athletics Club, winning a slew of gold medals at various meetings.

The star field athlete showed her ability in the shot put and discus disciplines, being crowned the USSA champion in both events.

She also took two gold medals in the Varsity Athletics meetings and continued her success with a further double gold in the national track and field championships.

This made her the first person to ever win two gold medals in the throwing events at the same national champs.

Her achievements saw her earn her national colours at the IAAF World Cup in London, where she came fourth in the shot put.

Further success came in the African Senior Championships, where she took a gold medal for shot put and a bronze medal for discus.

Besides their excellent run in Varsity Netball, the Madibaz team have dominated local competition in the last 12 months. They took the Nelson Mandela Bay league and won all six NMB tournaments in which they played.

At the NMB netball awards in November last year, Jeanie Steyn was named the player of the year and six other Madibaz players received awards.

On a national level, Phuza turned out for the USSA team which competed in the world university event in Uganda and she was also selected for the SA President’s team.

Yoliswa Gusha was a member of the SA U19 squad and Jody Vorster, Bianca Blom and Palesa Poyo were part of the SA U21 squad.

Most Improved Club of the Year: Nedbank Madibaz Swimming Club