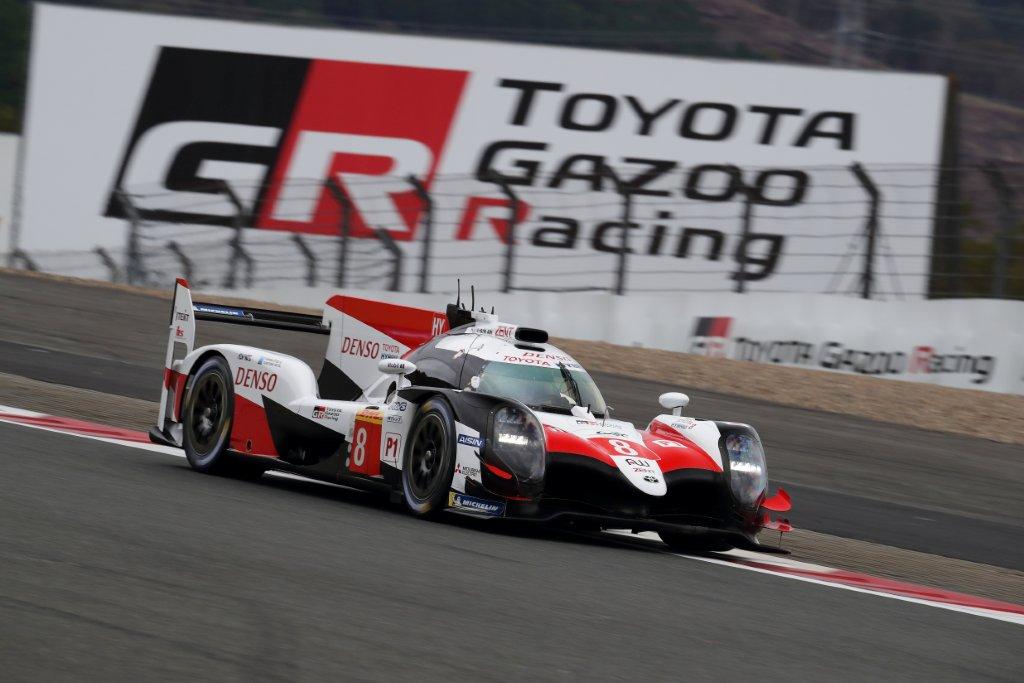 Brian Joss – Sixth win from seven WEC races at the Fuji circuit Fastest lap and first WEC win for López Toyota Gazoo Racing has earned an emphatic one-two victory in front of an enthusiastic Japanese home crowd in the 6 Hours of Fuji, the fourth round of the 2018-19 FIA World Endurance Championship (WEC).

The #7 Toyota TS050 Hybrid of Mike Conway, Kamui Kobayashi and José María López came from eighth on the grid to cross the line 11.440secs ahead of teammates Sébastien Buemi, Kazuki Nakajima and Fernando Alonso in the #8 car.

It marks Toyota’s sixth win from seven WEC races at its home circuit, Kobayashi and Conway’s first WEC win since the 2016 Fuji race, and a first series triumph for López who also set the fastest lap.

The result extends Toyota Gazoo Racing’s lead in the teams’ championship to 14 points while Buemi, Nakajima and Alonso continue to lead the drivers’ standings ahead of Conway, Kobayashi and López.

In an action-packed start on a wet track, Kobayashi in the #7 Toyota TS050 Hybrid carved through the field and moved up to second by the end of the second lap, behind Nakajima in the pole-sitting #8 car.

A safety-car period eliminated Nakajima’s lead, which had stretched to more than one minute, and Kobayashi eventually took a narrow lead after a series of pit-stops to change tyres in the variable conditions.

The momentum swung between the two cars, depending on which had the newer tyres. After a full course yellow with two hours remaining, López in the #7 led by around 20 seconds from Alonso in the #8 and the pair pushed each other hard. With just over 30 minutes remaining, López handed over to Kobayashi who took the chequered flag in the #7, with Nakajima bringing home the #8 in second for a perfect team result.

Kobayashi said his #7 team had responded in the best possible way after the disappointment of being eighth on the starting grid. “We have waited a long time on car #7 for this,” he said. “Finally, we are in the centre of the podium again. I think this can be a turning point for us for the rest of the season.”

The WEC season heads to China for the final race in 2018 and the fifth of eight races in the 2018-19 super season, the 6 Hours of Shanghai on Sunday, November 18.