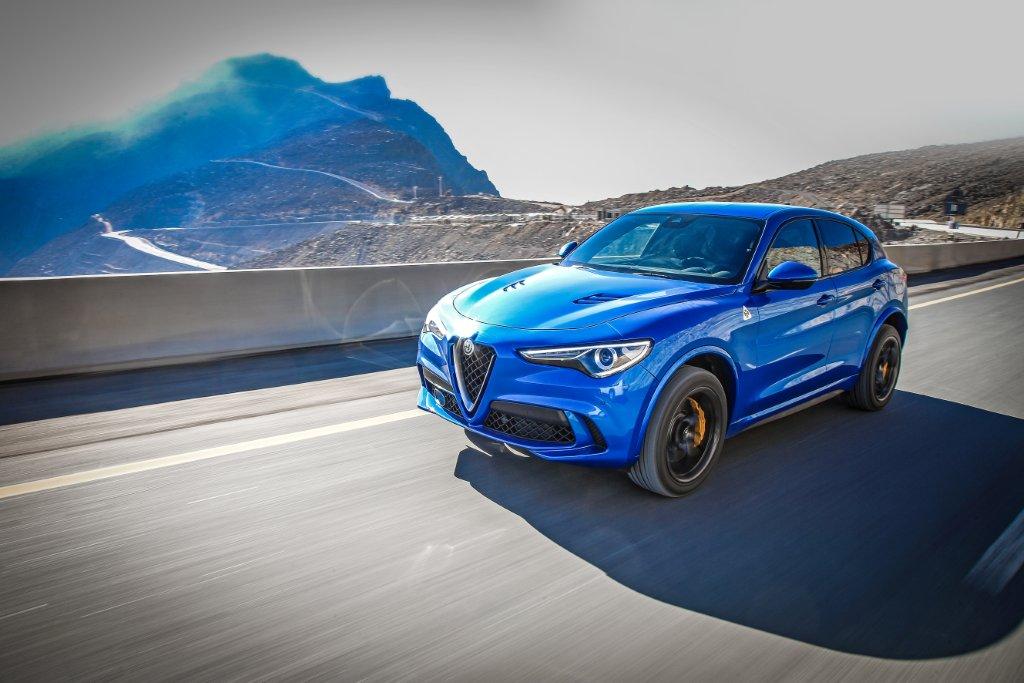 Brian Joss – The Alfa Romeo Stelvio Quadrifoglio has been awarded the inaugural ‘Driver’s Award’ at the prestigious carwow awards 2018, an annual celebration of the best new cars held at the Shard, London.

The ‘Driver’s Award’ winner was selected by carwow’s team of experts, who placed the Stelvio Quadrifoglio, the most powerful Alfa Romeo SUV ever created for road use, ahead of some tough competition from the likes of the Honda Civic Type R and the Mazda MX-5.

Combining 50:50 weight distribution with all-wheel drive architecture, the Alfa Romeo Stelvio Quadrifoglio is powered by a 510hp, 2.9-litre Bi-Turbo V6 petrol engine, which allows it to achieve a top speed of 176mph and go from zero to 62mph in just 3.8 seconds.

The carwow judging panel commented “While the Alfa Romeo Stelvio Quadrifoglio may not be the first performance SUV, it’s easily the most fun – in fact it’s more of a laugh to drive than most other pure sports cars and that’s why it wins the carwow Driver’s Award. It’s a true have your cake and eat it car!”

Andrew Tracey, Sales and Marketing Director for Alfa Romeo said: “To be recognised by the carwow awards is a huge achievement for Alfa Romeo and is testimony to the passion and dedication that went into building a beautiful sports SUV with outstanding performance. The Alfa Romeo Stelvio Quadrifoglio has just gone on sale in the UK so picking up this converted prize marks an amazing start to its story”.