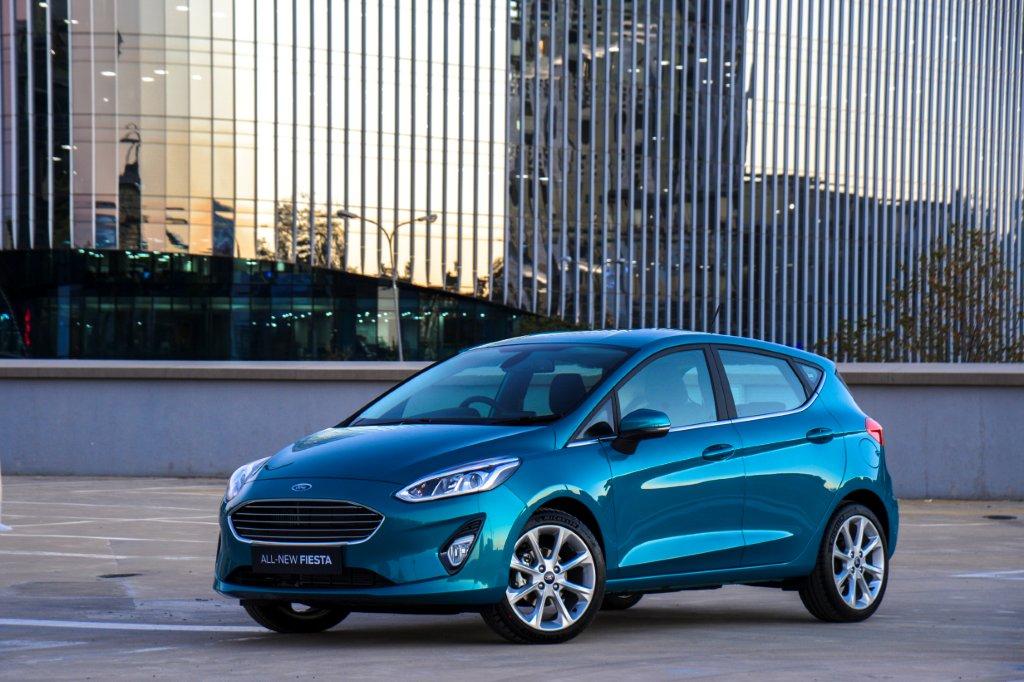 Brian Joss – The little engine that can. That’s what I wrote when three years ago I drove Ford’s Fiesta AT (The Gremlin, October 7, 2015), equipped with the amazing 1-litre EcoBoost which has won several international awards.

And the little engine fitted to the new Fiesta can still do it, as well as ever Now the seventh generation Fiesta has had a whole new make-over and it looks a lot more upmarket. I enjoyed driving the Fiesta over the past 10 days, it is the first new model in 10 years and it has changed somewhat. While it shares a lot of the underpinnings and the cabin with the EcoSport it is not a shrunken sports utility vehicle, nor is it a shrinking violet on the road.

Ford has put the fun back in to the Fiesta, although the hatch is not a pocket rocket by any stretch of the imagination, it moves along at a rapid rate.

The test car was the Fiesta Trend 1.0 automatic and it had almost all the bells and whistles that the EcoSport Titanium had (The Gremlin, October 16).

The 3-cylinder turbo-petrol engine mated to the new six-speed auto box, a torque converter transmission, delivers 74 kW and 170 Nm.  But it’s only the manual Titanium that gets the full Monty of 92kW with torque of 170Nm.

I liked the new-look Fiesta, inside and out, and it will probably give some of its rivals, among them the Renault Clio, a run for their money in the B segment of the market. Inside, the design is focused on the driver who will find it easy to use tablets and other smart devices. It has been ergonomically designed and there are a lot fewer buttons on the central console. Most of the connectivity and entertainment has been moved to the

6.5 inch floating touch screen which includes SYNCR3. The Titanium has Satnav as well.  In my opinion the finishes in the Fiesta are not of premium quality but it is a  big step up from the one I drove three years ago.

Inside, there is improved storage for personal items: the glovebox is 20 percent bigger, there is a 1-litre storage bin and armrest in the centre console and there is space for two small water bottle in the back doors.

Speaking of the rear, according to Ford, back seat passengers get 16mm more leg room. Not so much headspace though. One of my passengers, 6ft and a bit, said he battled to get comfortable; but a woman of a certain age, 76, who is of average size, said it was comfortable and she also managed to get in and out easily. She was quite impressed with new look Fiesta.

The tailgate on the new Fiesta’s boot is wider for easier access. It has a capacity of  303 litres and with the usual 60-40 split at the rear it expands to 984 litres, so you can carry a bulkier item. There is space enough for the monthly shop or for a  few pieces of holiday luggage. Inside, there was hardly any cabin noise and there were no unexplained rattles or squeaks, testament to the Fiesta’s quality build.

Ford said they changed the design to make it more contemporary. Simplified, straighter lines and de-cluttered surfaces “deliver more visual strength”, while the wider grille defines the “upmarket appeal” of the Fiesta. Sleek headlamps offer a new wrap-around effect while the side profile is less wedge-shaped. The new Fiesta is also 71 mm longer and 13 mm wider.  At the rear, new horizontal lights further enhance the car’s widened stance and it features a C-shaped signature light pattern. The test car’s colour was the metallic Blue Wave and it certainly was eye-catching.  The other new colour is Chrome Copper.

It was my second bite at the Fiesta. I was very impressed when I drove it after Ford gave me one the first time. After a drive to Wellington the next day I broke my arm in a freak accident at home and the Fiesta had to go back.

But Ford brought me another one also dressed in Blue Wave livery. The Fiesta is fun to drive but sometimes I felt that the transmission took a while to catch up. This was especially noticeable in Sport mode when the driving dynamics change considerably and it wasn’t sure which gear it wanted to be in. So I drove more calmly when it was in Drive mode and the auto box changes were smoother. That’s not to say I couldn’t overtake in comfort and there was more than enough power to do so safely.  The steering is light and responsive and I wasn’t fazed taking the Fiesta round the bends, a little quicker than usual. It had no trouble going up and down dale. It was at home on the open road and on the highways where it reached the legal limit of 120km/h quite quickly.

Standard on the Trend are manual air conditioning, a multi-function steering wheel (adjustable for height and rake), six airbags and Isofix child seat mounts. The alphabet soup of safety features include ABS with EBD, brake assist, electronic stability control with traction control and  hill launch assist. Automatic headlights and rain-sensing windscreen wipers are also standard on the Fiesta.  The sound system is good too.

Sadly, Ford’s claimed figures for fuel consumption of 5 litres/100km are a bit short of the reality. I recorded figures of just under 9litres/100km in varied road conditions. However, if my foot was a bit more gentle on the accelerator I could probably bring it down to 8.5 litres/100km.

Summing up, the Fiesta 1.0 Trend AT is fun and entertaining to drive. It is equally at home in the city streets or on the open road.

The Fiesta 1.0 EcoBoost Trend 6AT  has a price tag of R285 500 and comes standard with Ford Protect, including a four-year/120 000km comprehensive warranty, three-year/unlimited distance roadside assistance and five-year/unlimited km corrosion warranty. A four-year/60 000km service plan is included, with 15 000km service intervals.

CAPTION: The little engine that can: the Ford Trend 1.0 automatic. Picture: Quickpic