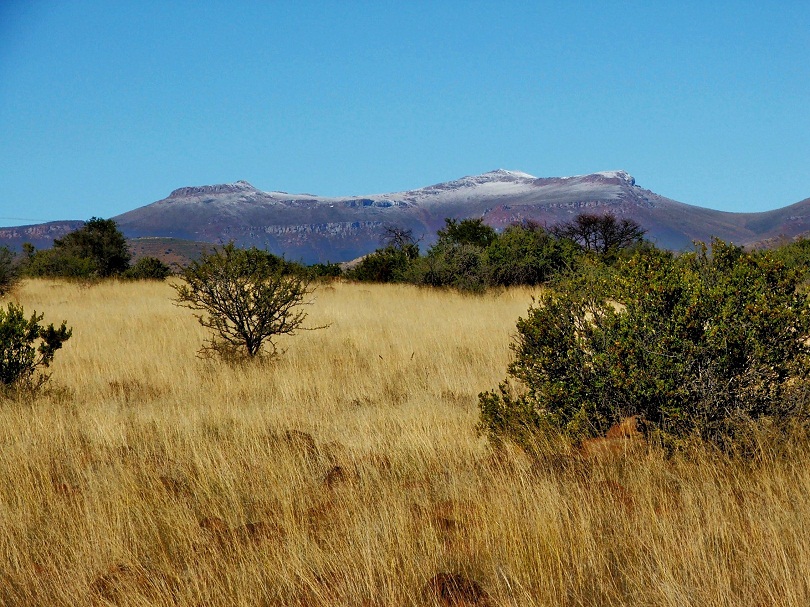 Mention the Karoo while sitting around a fire and people who’ve known and grown to love the vastness, tranquillity and timeless beauty of this sprawling region which spans provinces, tend to get a dreamy look in their eyes as they gaze into the flames.

Uniquely South African, the Karoo in fact covers about a third of the entire country, incorporating areas within the Eastern, Western and Northern Cape and extending into the southern Free State, says Wayne Rubidge, Pam Golding Properties area principal in the Karoo.

By now the virtues of owning a property in the Karoo are well understood and appreciated by those who have uprooted from stressful life in the cities and relocated to any of a number of Karoo towns, he says.

“The peace and serenity of the Karoo provides a natural ‘de-stresser’ away from busy city living for most people, especially those seeking a regular getaway. The expansive, wide open spaces are filled with beautiful vistas – dotted with small fascinating towns steeped in history and filled with architectural gems epitomising an almost forgotten way of life.

“What is not so obvious is the amazing diversity of the area, taking in many types of vegetation, all located in breath-taking landscapes of varying altitudinal gradients ranging from 700m to 1 500m above sea level.”

Rubidge says the Karoo category of land is predominately used for extensive small stock farming and game farming, which are the biggest contributors to this rural economy and job creation.

Pam Golding Properties has reported a number of recent sales including a large livestock farm in Graaff-Reinet which fetched R26 million.

Says Pam Golding Properties Graaff-Reinet area specialist, Kenny Eaton: “Commercial farming in the Karoo is not for the faint-hearted or those seeking exceptionally high returns as it requires, among other things, substantial capital investment due to the extensive nature of the properties and the requirements for a sustainable economic unit.  An innate knowledge of ‘veld management’ is also required for a property to be sustainable in the long term due to the low rainfall and the brittle nature of the vegetation.”

Rainfall varies from 200mm per annum in the west to over 600mm in the more mountainous region in the eastern parts of the Karoo. Domestic water, including that for livestock, is mostly borehole or fountain water. Irrigation is limited and originates mostly from bulk storage earth dams from the wet years, supplemented by boreholes – which must be registered with the Department of Water as an irrigation source.

It’s all about lifestyle

Says Rubidge: “While livestock or game farming are the dominant farming activities, some areas are just not suited to these. However, there are many areas which offer other opportunities for investment – for example, the alternate, ’lifestyle’ component of owning land in the Karoo.

“This category offers a sustainable land use and is equally positive for the rural economy. It also allows for creative ways to develop sustainable land use such as eco-tourism, farm-stays, retreats and the growing of niche produce, among other uses. Or it could mean simply restoring an old farmhouse for your personal use, thereby contributing toward the safeguarding of the Karoo’s heritage while creating work for artisans from the local towns.”

Rubidge says the size of these properties varies, depending on category, can range from 600 to 2500ha. They may be located in a number of areas, for example a farmstead on a portion of land situated on one of the major routes through the Karoo or in more rugged mountainous areas, or it could be the remaining farmstead portion of a previously consolidated larger farm located in the Karoo’s great plains.

Buyers from all walks of life

“The buyer profile is very diverse and includes farmers, business people, couples and families from the northern provinces and from major urban areas around South Africa. Foreign interest remains, albeit with just a handful of buyers concluding sale agreements.

“Another reason why Graaff-Reinet – the oldest town in the Karoo and fourth oldest in the country – is a preferred investment destination is that it has all the required services, including a number of good schools and is one also the main tourism destinations in the Karoo. Being on a major route to the coast has spin-offs for the local tourism industry as it is less than three hours from Port Elizabeth and George.”

Dubbed the ‘Gem of the Karoo’, Graaff-Reinet is home to 220 National Monuments – or Heritage sites. A local landmark and one of the favourite tourist destinations just outside Graaff-Reinet, in the Camdeboo National Park, is the renowned Valley of Desolation, with its piled dolerite columns formed during the Jurassic Period starkly silhouetted against the sweeping plains.

Eaton says prices for lifestyle and investment properties in the area range from R3 million to R10 million and often even more, depending on the size of land involved.

Caption 600ha livestock farm: With spectacular views of the surrounding mountains and river, this 600ha livestock farm in Graaff-Reinet is marketed by Pam Golding Properties for R6 million. It includes a recently renovated four-bedroom homestead with open-plan kitchen, dining room, spacious lounge, wrap-around veranda and pool, with electricity supplied via a 5kva solar unit with back-up generator. Game and stock farming are well suited to these mixed Karoo/grass veld plains with acacia trees and riverine diversity.