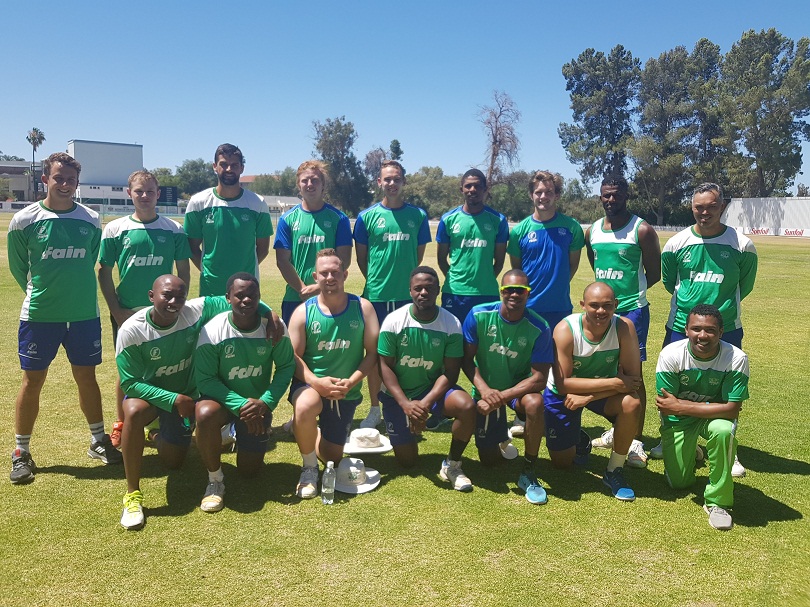 The SWD provincial team will kick-off their campaign for the 2018/19 season this weekend when they will take on Boland at Eurlox Park in Paarl in a Three Day match as from Thursday.  The limited over match will take place on Sunday.

Coach, Baakier Abrahams, will be in his second season with the Oudtshoorn based team and he will have aspirations to a much improved season – especially in the three-day format.  SWD had a successful campaign in the limited over format last season but they struggled to record an outright victory in the three-day competition.

Top runs scorer, Obus Pienaar will again be the glue in the batting line-up, whilst Marcello Piedt will lead the bowling attack.  Niel Hornbuckle, Letlotle Sesele and Brendon Louw will add a lot of experience in the batting department.  Spin bowler, Tsepo Ndwandwa, will add key support to the seam bowlers.

New signings, Kirwin Christoffels and Stefan Tait – both from Eastern Province and Yamkela Oliphant from Border – will make their SWD debuts this weekend as well as Marco de Kock – who emerged via the SWD Academy system.  Jean du Plessis is unavailable for this weekend due to exam commitments.

Letlotle Sesele will captain the team for the three day competition and Obus Pienaar, as was the case last season, will lead the limited over team.

Stefan Tait, Hershell Amerika, and Neil Horbuckle will be added for the limited overs squad.

SWD’s fixtures for the season are: