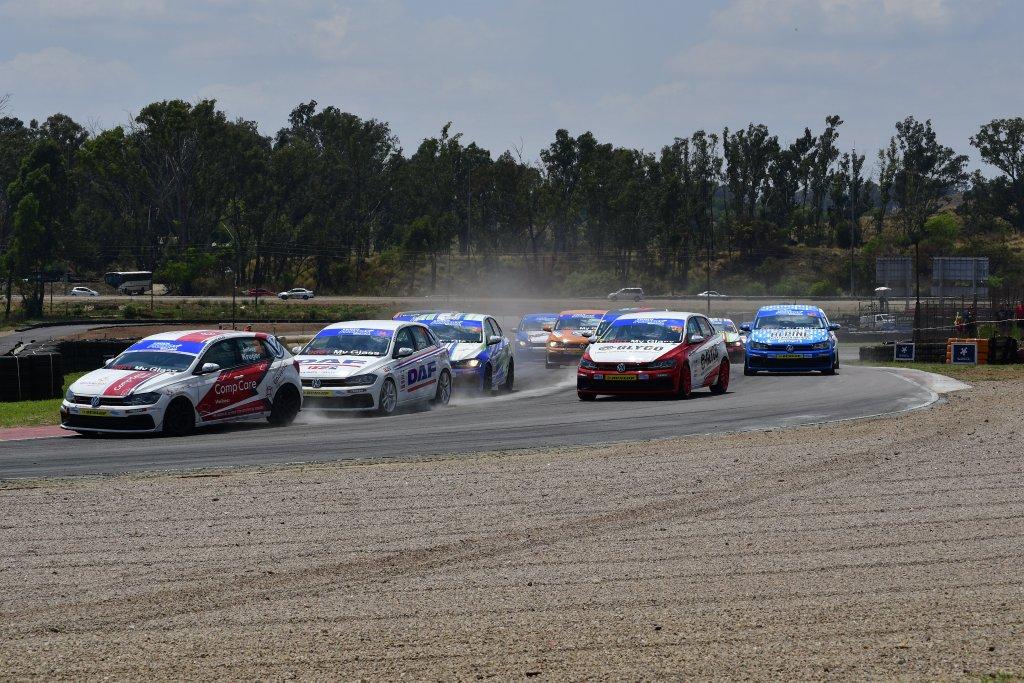 Brian Joss – This year’s Engen Polo Cup championship title was clinched in impressive manner at the Zwartkops Raceway near Pretoria on Saturday, 20 October.

The title went to youngster (include his age)Jeffrey Kruger, after he led the title chase in his Universal Health Polo from the beginning of the year.

Though never having  been topped on the points ladder, Kruger only clinched the title in the 17th of the year’s 18 races.

In the process, the Engen Polo Cup contingent again provided much spectacle during the day’s Extreme Festival Series programme.

After Saturday morning’s official qualifying session, the times of the top 15 drivers were covered by a second.

In race one Jeffrey Kruger put the 2018 Engen Polo Cup Championship title beyond reach in race one, by leading from start to finish.

He crossed the line more than a second ahead of Gerber, followed by Thompson, Bezuidenhout, Darren Oates and Duminy.

Tasmin Pepper locked the year’s second title position in place by finishing seventh ahead of Mogotsi, Justin Oates and Bissoon.

Pepper clinched the year’s Masters category title at the previous event of the season.

In race two,  Kruger took it easy in race two with the title already in  his trophy cabinet.

Gerber did not, and blasted around to win from Bezuidenhout, Thompson, Pepper, Mogotsi, Jason Campos, Justin Oates, Kruger, Keegan Campos and Darren Oates.

“For that to happen, you need virtually bulletproof cars, and that is what the 2018 Engen Polo Cup contenders got in the all-new, two-litre turbocharged Polo GTI vehicles. We are happy to place on record that the entire season did not see a single Engen Polo Cup race retirement due to engine, gearbox or any other kind of major failure. That meant the drivers could get on with what the formula was designed to do many years ago – finding young driving brilliance on an even playing field,” Rowe concluded.