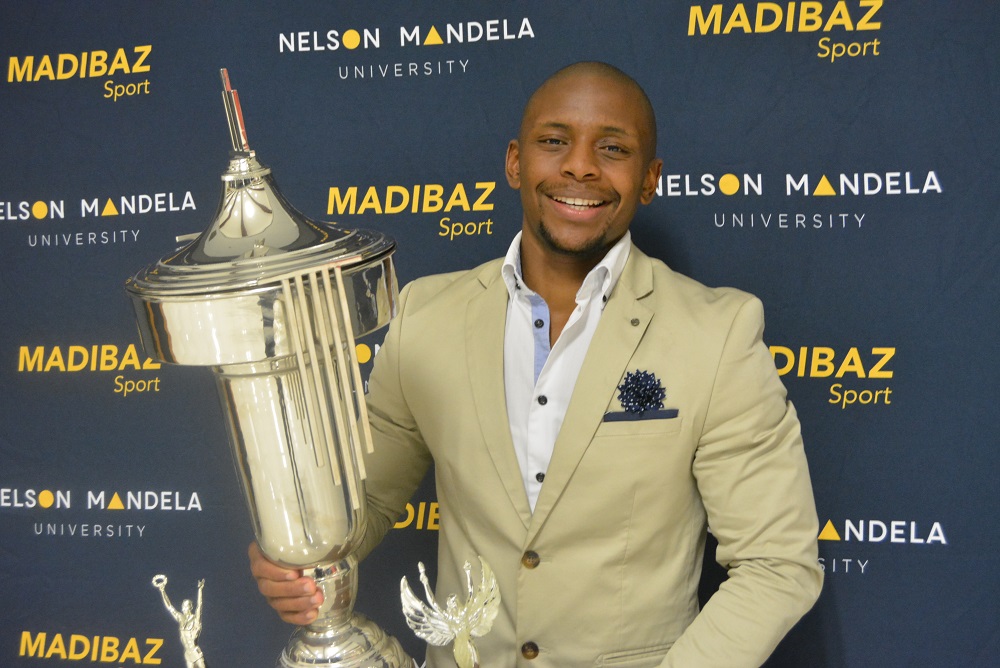 Nelson Mandela University karate ace Gcobani Maxama believes he has fulfilled a personal mission by being named the Madibaz Sportsman of the Year at last week’s gala awards function in Port Elizabeth.

The 27-year-old student, currently enrolled for a postgraduate diploma in internal auditing, has established himself as a karateka of high standing, being crowned the All-Africa champion this year.

Introduced to the sport by his father, sensei Zolile Maxama, karate has come to play a central role in his family’s life because his brother, Lwazi Finca, was an instructor (sensei) at Mandela University from 2007 to 2009.

Gcobani, who is also a sensei, said the award had always been a dream of his, which was inspired by his brother.

“He was a student at Madibaz and he said to me if he did not win the Sportsman of the Year award in his time then it would be up to me to make it happen and to make our family proud,” he recalled.

“So, to win this award is a big deal because it means I fulfilled my brother’s hopes.

“It definitely is a great feeling and I don’t think it has fully sunk in yet.”

It was a night to remember for Maxama because he also received the Student Coach of the Year and Sports Personality of the Year awards.

“Winning the student sport coach award was something I didn’t expect,” he said. “I am excited and happy to have won this award, not just for me, but for my students, the executive committee and the manager.

“They are the ones who made it possible for me to take this one home – they made me look good.

“I would also like to thank everyone who voted for me to win the Sport Personality of the Year. Their support is highly appreciated and never taken for granted.”

Born in the village of Mangondini in the Amathole district, Maxama moved to eGompo in East London in 1999. Four years later he moved to Kwazakhele in Nelson Mandela Bay, where he currently resides.

He attended a number of primary schools before matriculating from Khwezi Lomso Comprehensive School in 2009.

Maxama’s earliest memories of karate are when he joined his father at training sessions in East London.

“He would also give me karate lessons in the garage of our home and I formally became involved in the sport in 1999,” he said.

He had a shaky start to his career, but says he has never looked back.

“I recall losing in the first fight of my first tournament. Then I also lost the second fight of my second, but to me that was progress.

“I knew already at that time that I was heading in the right direction and since then I have never placed outside the top three in South African tournaments.”

Maxama said he saw karate more as a way of life than a sport as it opened opportunities for him and taught him some valuable life lessons.

“I have travelled the world through the sport, while it has taught me respect, patience and the ability to endure under any kind of pressure.

While he has had much success this year, Maxama said it was the result of the journey he had been on for the past two decades.

“I dedicate this year to the hard work I have been putting in since I started karate in 1999.

“I can’t isolate this year from all the other years, so for me it’s really about the build-up to 2018. As they say, Rome wasn’t built in a day.”

For the Madibaz postgraduate student it’s not all about what he has achieved, but also about giving back to the sport.

“I do this by training and mentoring students at Madibaz karate,” said Maxama. “When time allows I go back to teach where I used to train in the Zwide karate dojo.

“I also assist with officiating in tournaments around Nelson Mandela Bay.”

His final words are for two of the men who have played critical roles in his development.

“My father introduced me to this way of life and he is still my mentor,” he said.

“In addition, my manager at Madibaz, Mr Bernard Petersen, has played an important role in developing my career.”