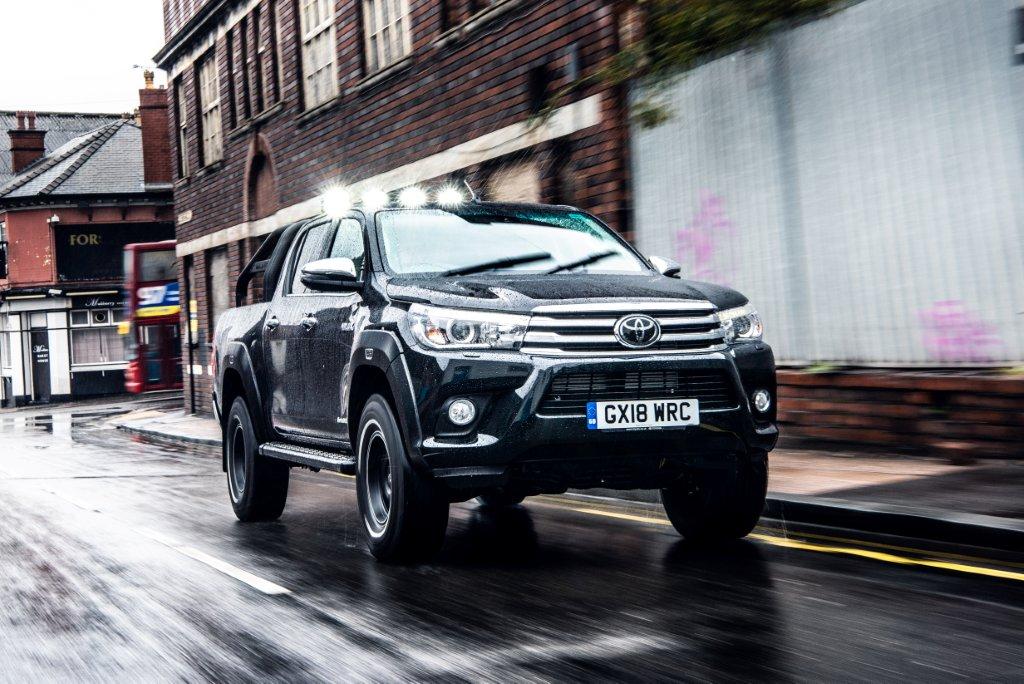 Brian Joss – The Toyota Hilux’s first 50 years have been packed with achievement, its status as a world-beating machine confirmed by feats such as the conquest of both North and South Poles, scaling the slopes of an erupting volcano and surviving ordeals of fire, water and explosives courtesy of the Top Gear television programme.

To mark this exceptional half-century, Toyota has created a new and exclusive Hilux, the Hilux Invincible 50.

This special edition has been engineered in partnership with Arctic Trucks, the Iceland-based specialists in extreme terrain driving. The modifications include a performance suspension system by Arctic Trucks and Bilstein. The new 16 x 7.5 ET05 alloy wheels are specific to the Invincible 50, finished in satin black with a machined lip and fitted with 265/75R16 BF Goodrich KO2 all-terrain tyres.

The special wheel and tyre combination gives Hilux even greater off-road capability, with more ground clearance (the vehicle is raised by 40mm at the front and 20mm at the rear), added articulation and increased approach and departure angles. This is not to the detriment of smooth and confident on-road performance.

New styling features include bespoke, wider front and rear wing treatments that amplify the vehicle’s raised stance and muscular character. A double-hoop sports bar is fitted over the vehicle bed, providing a raised platform for a battery of four high-power Vision X lights. These multi-source LED units project a smooth and powerful light over a great distance, on all driving terrains.

Locally, the Hilux has been South Africa’s best-selling model for decades – amassing more than a million units since introduction in the late 1960s.

“More than perhaps any other Hilux generation, this seventh iteration has seen numerous, successive improvements throughout its life, each of which has enabled the model to consistently exceed consumer needs and assure its place right at the top of the sales charts. It’s undoubtedly the purest distillation of toughness and versatility you’ll ever find in pick-up and, best of all, it’s rooted in the guiding principles of Toyota’s QDR (Quality, Durability and Reliability).”

Order books for the new Toyota Hilux Invincible 50 will open on 1 November with customer deliveries through December into the New Year. The price – to be announced shortly – will be accessible for genuine Hilux enthusiasts, notwithstanding the model’s bespoke engineering and high equipment specification. The Toyota Hilux Invincible will be available for UK customers only.