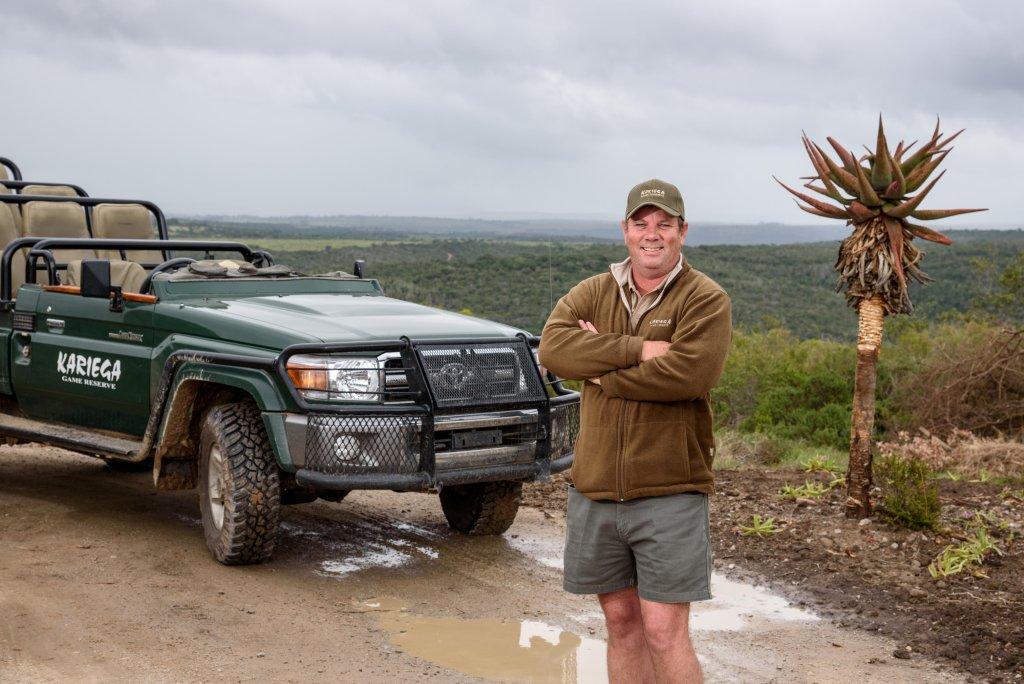 Proving that it’s a genuine brand promise rather than marketing-inspired jargon, the adventurous American brand’s formidable 4×4 range has been selected as the tyres of choice since 2016 by Kariega Game Reserve – a privately owned Big Five reserve located near Kenton-on-Sea in the Eastern Cape.

Spanning an impressive 10 000 hectares of pristine bushveld with breathtaking views and five stunning safari lodges, it’s an idyllic destination for experiencing the African wilderness at its best. Home to lion, elephant, rhino, buffalo and leopard, it’s the real deal for nature lovers. However, within that unspoilt natural beauty, the terrain is as inhospitable and challenging as they come – especially for the tyres fitted to the reserve’s extensive fleet of 72 vehicles.

“Tyres are one of our biggest running costs, as our vehicles work exceptionally hard and travel through extremely tough terrain,” says Mike Fuller, Kariega Game Reserve manager. “Over the years we have tried a wide variety of brands, most of which haven’t managed to handle the harsh conditions. Since we switched to General Tire two years ago, we haven’t looked back,” Fuller adds.

The toughest tests of durability are undeniably experienced by Kariega’s 22 Toyota Land Cruiser game viewers, which are tasked with typically carrying a full one-ton load on each trip, transporting eager guests across the length and breadth of the reserve, day in and day out. In addition to the game viewers, several 4×4 vehicles are dedicated to the anti-poaching unit which traverses even more precarious and less well-established trails in their quest to protect the reserve’s precious wildlife.

For these punishing applications, General Tyre’s heavy-duty Grabber X3 is the tyre of choice, with its core capabilities built around extreme performance in mud, dirt and rocky terrain. Kariega initially used the previous-generation Grabber MT – many of which are still in service – but has been progressively replacing worn-out tyres with the impressive new Grabber X3 launched last year.

In a recent change, the game viewers and anti-poaching vehicles are progressively being fitted with the newly introduced 235/85 R16 tyre size that matches the Land Cruiser’s original equipment specification, in place of the fully imported 265/75 R16 used to date. The narrower tyre is now being locally produced at the Continental Tyre plant in Port Elizabeth, which means improved stock availability, while a lower purchase price has a positive spin-off for the operating budget of Kariega’s extensive fleet.

Senior game ranger at Kariega Game Reserve, Jason Friend, echoes Fuller’s high regard for the products, and particularly in relation to rival products. “We have tried an assortment of tyres over the years and struggled with most of them. The terrain is very mountainous and rocky, and there are areas with lots of clay and shale, so the substrates are extremely mixed and very hard on tyres.

“When General Tyre came on board in 2016 and exposed us to the mud-terrain and all-terrain products, we found that the performance was exceptionally good,” Friend states. “We achieved higher mileage and far fewer punctures with their products, and this has given our rangers a lot more confidence in off-road driving. Even our high-lift jacks have started to corrode and seize up because we simply aren’t using them much any more.”

Over the 21 years that Friend has worked as a game ranger and guide across South Africa and Sub-Saharan Africa, he reaffirms that he has never used a tyre that is as hassle-free as the Grabber X3: “In my experience, these tyres last much longer and give us far fewer problems than any competitor products, and they represent far better value for money. I wholeheartedly recommend General Tire, and these are the only tyres I’ll use.”

Through building its relationship with General Tyre, the Kariega team was shown how important it is to maintain the correct tyre pressures. “With game viewing vehicles carrying around a ton with guests on board, the tendency is to over-inflate the tyres. But the General Tire team showed how dropping the pressures gives the tyres more grip and flexibility, thus making them less prone to sidewall cuts and penetration,” Friend comments. “It also makes the ride much more comfortable for our guests.”

While the Grabber X3 is the star performer for heading well off the beaten track, many of Kariega’s vehicles are used for more versatile roles too, including general reserve maintenance, deliveries and staff vehicles that require dual-purpose use in both on and off-road conditions. In these instances, the Grabber AT3 all-terrain tyre delivers the ideal combination of go-anywhere ability with sure-footed all-round performance across a wide range of driving situations.

Whether it’s driving back and forth along the N2 highway between Kariega and Port Elizabeth, (approximately 120 km each way), or travelling through the reserve to access its five lodges, the versatile Grabber AT3 is perfectly at home thanks to its 50/50 split between on-road and off-road capabilities.

“Our staff and support vehicles are fitted with the Grabber AT3, including one of our Land Cruisers which does a lot of driving on the road, on gravel and some challenging off-road work. The AT3 performs extremely well in all of these conditions,” Fuller states.

The AT3 boasts three core technologies that enhance its all-round performance. TRACGEN uses traction ribs and multi-angled sipes in the tread to achieve exceptional loose surface traction through gripping edges that interlock with the off-road surface. An open tread shoulder ensures efficient self-cleaning action for greater traction in mud.