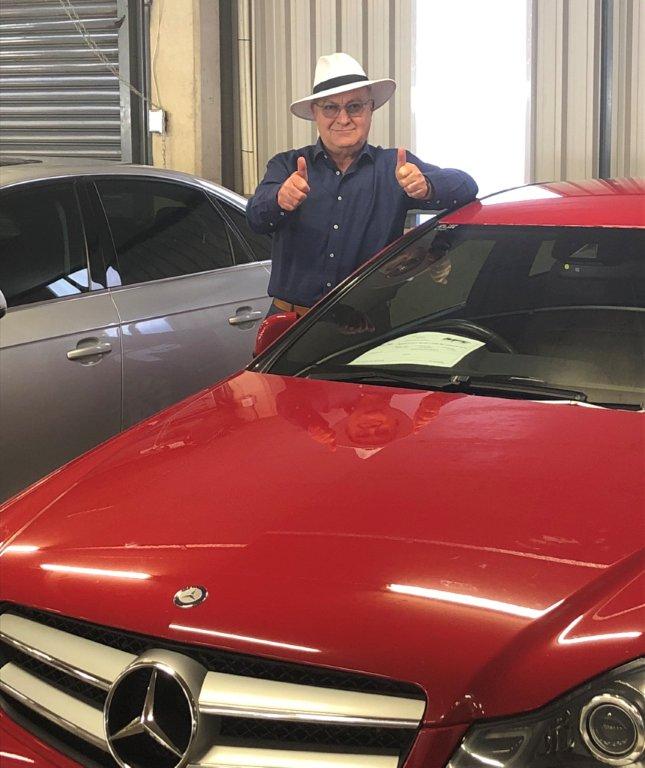 Brian Joss – In South Africa, the Germans rule the luxury sedan car sector. The most popular models – by far – are the Mercedes-Benz C-Class, BMW 3 Series and Audi A4. Each car enjoys a loyal and somewhat passionate following. But which one has the best resale value?

For the first time, this question can be answered – thanks to statistics supplied by True Price, the innovative start-up that is providing South Africans with free vehicle evaluations. And there is one clear winner: the three-pointed star! While BMW and Audi fare reasonably well in some sectors, Mercedes-Benz reigns supreme!

According to Darryl Jacobson, managing director of True Price, in order to answer this much-debated issue (which luxury sedan has the best resale value), a comprehensive analysis of data on the True Price system was undertaken. “True Price has data pertaining to thousands of vehicles sold on auction on its system. This data is utilised to provide free vehicle evaluations to South African motorists,” he explains.

Jacobson decided to opt for the biggest possible sample size. “We looked at all the Mercedes-Benz C-Class, BMW 3 Series and Audi A4 models on our system – from years 2002 to 2017 (both years inclusive). This represents an extremely significant sample size. Then we calculated what percentage of its original selling price these three luxury sedans achieve on auction,” he explains.

The findings were fascinating! “The Mercedes-Benz C-Class is the clear winner and there is a really tough battle for second (the Audi A4 just edges ahead of the BMW 3 Series),” Jacobson reveals.

Jacobson was not surprised when the C-Class emerged triumphant. “It has long been extremely desirable in the used car market. It is always hard to say why any car fares well in the second-hand market; it is thanks to many factors – from running costs and dealer service to supply and demand.

However the C-Class is normally snapped up really fast on auction,” he reveals.

Having said this, Jacobson says the findings are very interesting. “I was amazed to discover just how much these cars lose their value!” he points out.

He attributes this to the fact that a bakkie is often a practical workhorse, which is a sensible buy, whereas a luxury sedan is often purchased for emotive reasons.

Whatever the reason, this trend is not exclusive to the South African automotive market. Kelley Blue Book recently announced the winners of its annual Best Residual Values Awards – and all the vehicles with the best resale values (barring one) in the top ten were bakkies and bakkie-based SUVs. The lone exception was a rally-ready Subaru WRX hatchback, which also cracked the top 10.

Jacobson says many South Africans do not realise that new cars lose value the minute that they are driven off the showroom floor – and then, unless they are exotic cars, they continue losing value throughout their lives.

“The simple fact of the matter is that most vehicles are depreciating assets!” he stresses.

He says car buyers should always pay careful attention to resale value. “You would not buy a house that you knew you would battle to sell, now would you?

And the simple fact of the matter is that a car with a higher resale value will be easier and more profitable to sell one day,” Jacobson points out.

So, the message is clear. “If you’re shopping for a luxury sedan car and you are wisely considering resale value, there can only be one choice: the Mercedes-Benz C-Class,” Jacobson concludes.