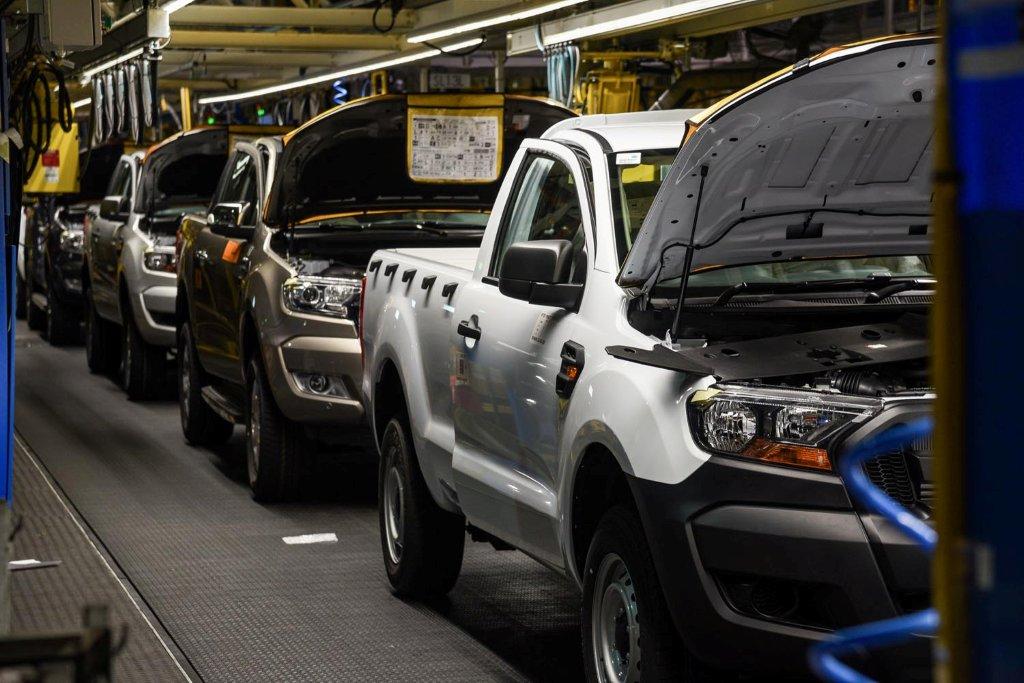 Brian Joss – Ford Motor Company has invested R11-billion in its South African operations over the past decade, culminating in its highest-ever installed production capacity for the Ford Ranger pick-up and the Everest seven-seater sport utility vehicle (SUV).

“The past 10 years have seen a complete transformation of Ford’s manufacturing operations in South Africa,” says Neale Hill, managing director, Ford Motor Company Sub-Saharan Africa Region. “With a total investment of R11-billion since 2009, we have progressed from a low-volume multi-vehicle business primarily serving the domestic industry to becoming a high-volume single platform manufacturer that is the Ranger production source for 148 markets globally.

“The award-winning Ranger has been the key driver of this success, with ever-growing local and international demand resulting in extensive upgrades and improvements to our facilities to significantly increase our production capacity over the years,” Hill adds.

“From the installed capacity of 110 000 units when we began assembling the new-generation Ford Ranger in 2011, we now have the capacity to build 168 000 vehicles annually to meet future requirements.”

Investment in the global export programme commenced in 2009 to transform the local production facilities, comprising the Silverton Assembly Plant in Pretoria, as well as the Struandale Engine Plant in Port Elizabeth, into a high-volume flexible single platform operation for the trend-setting new-generation Ranger and its Duratorq TDCi turbodiesel engines.

In 2016, Ford invested in further expansion of Ranger production and, notably, for the local assembly of the sophisticated Everest SUV for South Africa as well as for export to markets across the Sub-Saharan Africa region.

Previously imported from Thailand, local assembly of the Everest gave customers a far wider range of choice, as the line-up increased from just two models to a choice of eight derivatives – matched to a corresponding uptake in sales for this versatile seven-seater SUV. Localising production also contributed towards creating approximately 1 200 new jobs at Ford South Africa and within its local supplier network.

“We are extremely proud that Ford is one of the largest employers in the automotive sector, currently employing approximately 4 100 people in South Africa, and supporting around 50 000 indirect jobs within the value chain,” Hill states.

2017 saw the announcement of another major capital injection into Ford’s local operations to accommodate further increases in installed capacity, with the current capability of producing up to 168 000 units annually.

At the same time, it was announced that the first-ever Ford Ranger Raptor will be produced in South Africa when it hits the market in 2019, introducing an entirely new level of off-road performance and capability to the pick-up segment.

“The ongoing investments and extensive upgrades to our plants have ensured that we are ready to meet current and future demand, with the potential for increased job opportunities,” Hill says.

It’s a similar story at the Struandale Engine Plant, which currently produces the 2.2 and 3.2-litre Duratorq TDCi machined components and fully assembled engines for the Ranger and Everest, along with additional engine derivatives for newly added front-wheel drive markets in Europe for the Ford Transit.

Installed capacity for the Duratorq TDCi program has grown from the original 220 000 machined component sets (cylinder head, block and crankshaft) in 2011 to a planned 280 000 by the end of 2018. Engine assembly capacity increased from 75 000 to 130 000 engines per annum over the same period.

An all-new assembly line has been installed this year for the advanced new-generation engines that will power the 2019 Ford Ranger and Everest models which includes the new Bi-Turbo engine to be used in the exciting Ford Ranger Raptor. Installed capacity for the new engine assembly line is 120 000 units per year, contributing to a highest-ever combined capacity of 250 000 engines for the Port Elizabeth plant.

Not surprisingly, the Ford Ranger is well established as one of South Africa’s top sellers locally, and dominates the extremely popular double cab segment. It is also proudly one of the country’s top vehicle exports, and is comfortably the leading light commercial vehicle (LCV) export. It remains the best-selling pick-up in Europe too.

Year-to-date, 49 600 vehicles have been shipped to global customers, and this figure is set to increase significantly for the balance of 2018 and into next year.