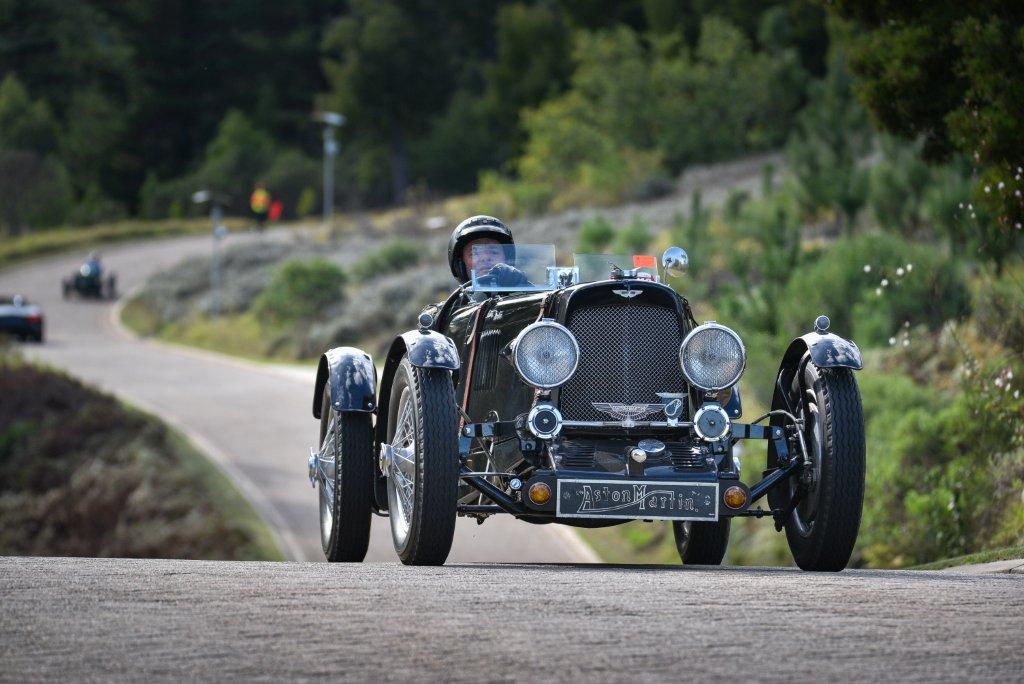 Brian Joss – East London will reverberate with the sounds and smells of grand prix cars when the South African Historic Grand Prix Festival begins on November 24 and 25. But it won’t just be pre-war vintage cars that will be celebrating the festivities of over 84 years of motor sport at this historic site.

While the circuit in East London has existed in numerous formats over the past 84 years, there will be representative cars racing on its historic ground over many of those years. Over 80 entries have already been received for the full race weekend planned for 24 and 25 November that will include historic single seaters from the 1950s, ’60s and ’70s to some of the wild formula cars of the 1980s and 1990s with their aerodynamics and wide slick tyres, appropriately nick-named “Wings and Slicks”. Some of these come from that golden era of Formula Atlantic, although they’ll be racing alongside the Indian Ocean.

Pre-90 Production Saloons, including the Historic Pursuit series and Racing Saloons from the same period will round out the programme along with races for Sports and GT cars.

Spectators can expect to see historic Formula Fords and Lotuses in action, Formula Vees and dramatic Formula Atlantic cars at full tilt, including a March 77b. Alfa Romeos, Datsuns, Fords and BMWs will run door handle to door handle in the saloon car categories, while Porsche 911s, Chevrons and Lolas are expected to complete the spectacle.

Stars of the show, however, will be 24 cars that will seldom be seen in action in South Africa, some of them racing against each other again through the same corners as they did over 80 years ago.

The feature event of the South Africa Historic Grand Prix Festival will have seventeen of the 1930s cars racing in anger. Some of the owners are flying their professional drivers out just for the race, which will likely see a four-way battle at the front between the two ERAs (one of which won the 1937 South African Grand Prix), the Maserati 8CM that won the inaugural South African Grand Prix in 1934, and the Alfa Romeo Tipo B P3. And these four cars get raced hard and fast – it will be interesting to see who can claim victory again after 80-odd years!

Behind them is likely to be a good battle between a brace of MGs, Rileys, Austin Seven Specials, Aston Martin Ulsters, a Bugatti Type 35, Singer Le Mans and Plymouth Special.

Off the track, some famous friends will also be joining the Festival.

Camilla Bowater is Whitney Straights’ daughter and will be reunited with her father’s Maserati 8CM in which he won the 1934 South African Grand Prix, his final race. There will also be three generations of Scheckters including Ian, David (son of Tom Scheckter who raced in the 1937 South African Grand

Prix) and his grandson, Alan. In addition to various other VIPs and motorsport personalities, Colin Meyer will also represent some history as the son of Buller Meyer who came 2nd in 1937 and won the 1938 South African Grand Prix.

A Drivers’ Club Hospitality facility will be available on the day with a great view of the start/finish line and in close proximity to the Paddock.

In addition to the actual races, the pre-war cars will be retracing the original 17km Prince George Circuit that hosted the South African Grand Prix between 1934 and 1939. The only part of the original circuit that no longer remains is where the East London airport is now built and the cars will parade around its full length that incorporates the East London track as it is today.

Limited general access and VIP Hospitality tickets for both the East London Race event and the Grand Prix Garden Party at Val de Vie on 1 and 2 December are available for purchase at www.sahistoricgp.com or follow the event on Facebook – SA Historic Grand Prix Festival.

CAPTION: Grand old lady: you can see the Aston Martin Ulster in action on the famous circuit. Picture: Motorpress