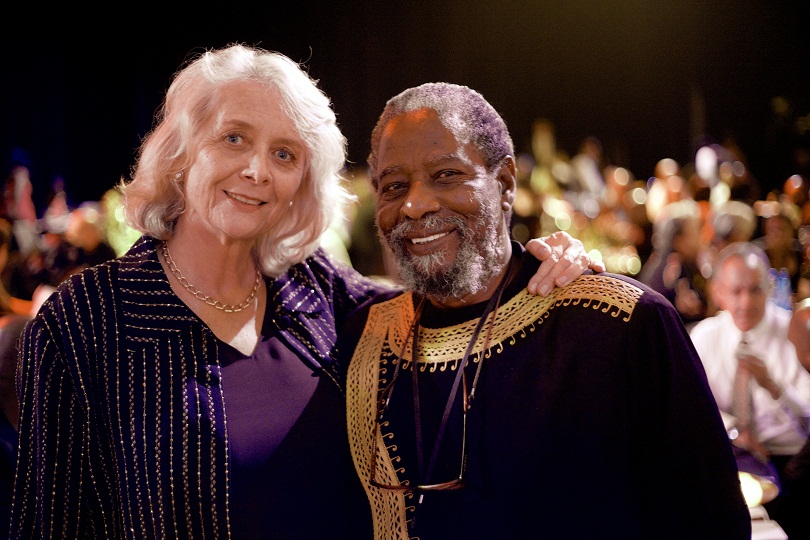 SAFTA and International Award-winning film company, Penguin Films, is proud to announce that Juju Mafela – the middle son of the late veteran actor, Joe Mafela – has taken over his father’s shareholding in the company.

Juju, who will be joining the production team as a creative producer, is looking forward to following in his father’s footsteps, as it has been his lifelong dream to be in a position where he could reinvent how people share creativity and tells stories that inspire audiences. “Penguin Films is a company that does amazing work and it’s my objective, coming in as a partner, to grow the company internationally by any means necessary. That was the conversation I had with my father, and as the company grows so too does his legacy,” Juju shares.

Acclaimed filmmaker, creative producer and founder of Penguin Films, Roberta Durrant, has welcomed Juju’s interest in filling the void that his father left and says: “It was always Joe Mafela’s wish that his son would one day follow in his footsteps and we are proud to announce that Juju Mafela is now a 30% shareholder in our company. I am delighted to have the succession. I have seen Juju develop over the years. He has worked with us in production many times and now we look forward to his input as creative producer.”

Penguin Films first crossed paths with Joe Mafela while producing the popular 1986 sitcom, Sgudi ‘Snaysi, in which Mafela starred as S’dumo, the lodger to Sis May (played by the late Daphne Hlomuka). Over the course of the show’s 78 episodes, Joe Mafela become a beloved cultural hero.

Due to the popularity of Sgudi ‘Snaysi, Mafela and Penguin Films went on to produce Going Up and the voter education series Khululeka. Since then the company has been responsible for various award-winning sitcoms like Madam and Eve, SOS, Fishy Feshuns, Going Up Again, Mazinyo dot Q and Stokvel. Their recent drama series include the award-winning Saints and Sinners and the telenovela Ring of Lies. Penguin Films also produced the acclaimed blockbuster about the historical heroin, Krotoa, starring Crystal-Donna Roberts and Armand Aucamp who has just won Best Actor at the Huisgenoot Tempo Awards for this film.

Penguin is currently in production with Arendsvlei, kykNET & Kie’s (channel 145) first original Afrikaans telenovela, which is on air from Mondays to Wednesdays, at 20:00.

In the meantime, sister company Paw-Paw Films has also announced that Sheena Lee Hendricks will take up a 23% share as a new shareholder. Hendricks who joined the company in 2013 and who works on the business side, is thrilled about starting this brand new chapter of her career. “I am now moving towards producing on the business side of things, which is really where I see myself growing even further. I come from humble beginnings and have always strived to give a 110% all of the time. What I intend on doing with that 110%, is to continue working hard to contribute towards Paw-Paw and Penguin Films’ success and with the amazing guidance and support of Roberta Durrant the sky will always be my limit,” Sheena Lee explains.

Director and co-owner of Paw-Paw films, Mandilakhe Yengo, is delighted to have Hendricks on board and is positive about the direction the company has taken. “The sky is the limit, especially with Paw-Paw Films and the direction we want to take with our content. We want to also add a youthful exuberance that is up to date with the ‘now situations’ of our people; telling it like it is in captivating audio – visual and narrative fashion, allowing our audiences to view themselves in ways they never imagined.”Sara se Geheim 1 & 2, one of their most recent productions for kykNET, has just won Best Drama and Best Actor in a Drama (Marlo Minnaar) at the 2018 Huisgenoot Tempo Awards and the team is positive about Paw-Paw Films’s future.

Roberta Durrant and Joe Mafela at her lifetime achievement award.jpg