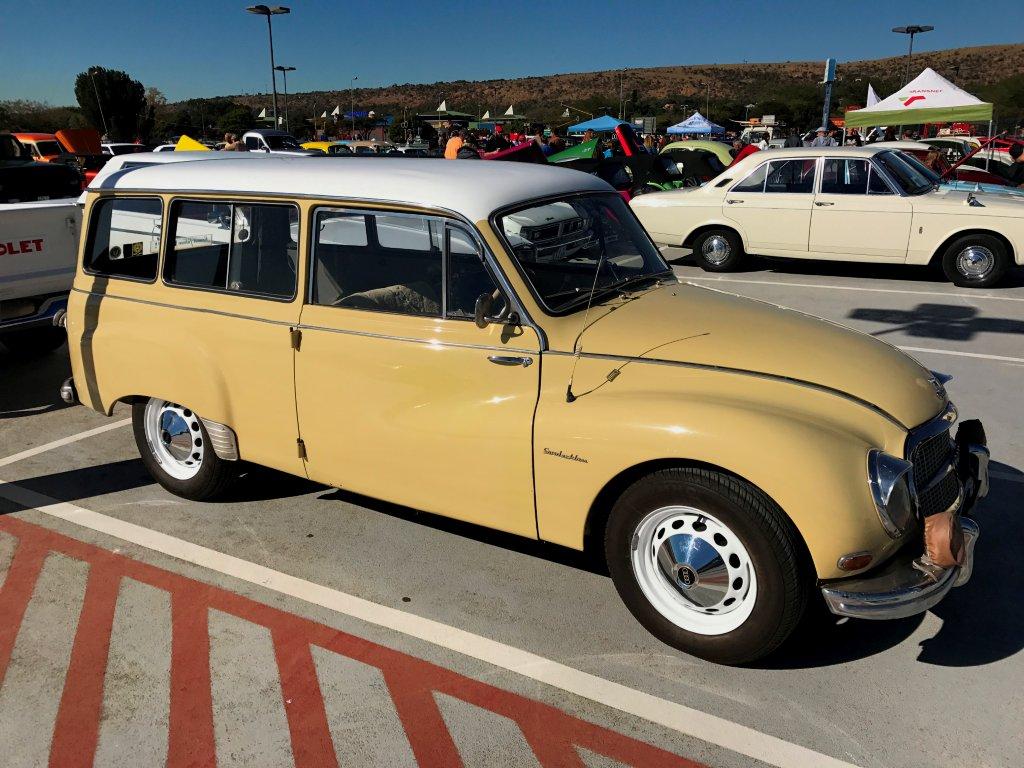 Brian Joss – The Classic Car Show at Nasrec in Johannesburg on Sunday November 11, will showcase collectable cars of all sorts of genres. From the scruffiest of barn-finds to pristine classics preserved for decades, they’ll all be making the scene at the summer edition of the popular event.

And the styles of presentation will vary from 100 per cent originality to wild and whacky customs that bear only a passing resemblance to the original classic, and are 99 per cent the result of the owner’s fervent imagination of what constitutes an “ideal ride”.

The free-ranging approach to classic car collecting as we head towards 2019 is one of the great spectacles of the modern motorhead movement. There was a time when rigid rules applied to the Old Car Movement, where a car was deemed illegitimate if it had so much as a nut or a radiator clamp that deviated from the original spec. That has all changed now, as Sunday’s show will demonstrate.

“Since the late 1990s, when the classic car movement really took off, there has been acceptance of different interpretations of classic car preservation,” says organiser Paolo Calisto.

“Nowadays, you have these different schools of thought, varying from un-restored barn-finds, through rat rods, to fully-restored back-to-original perfection. And then there is the hot-rodding movement, which takes un-restorable rusted-out old cars and changes them radically with modern engines, wheels and paint-jobs to make them more like mobile art forms. ”

Here’s a quick guide to current trends in classic car collecting and presentation:

Barn finds: the mystique of the “barn find” has grabbed the imagination of the public like nothing else in the old car movement. That moment when you happen upon a rare classic that everyone thought was lost forever. In the current “barn find school”, many collectors are displaying these cars “as found” complete with rotten bodywork, rusty chrome, grimy windows and age-cracked rubber. Cool!

Pristine Original: these cars have been discovered and then preserved in the form they left the showroom 30, 40, 50 years or more ago. These cars, with all their original trim and bodywork, and original paint preserved, are probably the most difficult to find, and to preserve in this form for the future.

Restored Original: they have been found in deteriorated form and then restored back to original specification, with perfect bodywork and paint.

The best cars will be the subject of lots of research to replicate the original look and trim perfectly.

Old School Mod, also known as Street Pro use an original body and some of the trim, but often have wider alloy wheels, lowered suspension, and a more powerful motor. Sometimes the interiors have also been modified.

Custom Pick-Ups: this is a whole movement that concentrates on American pick-up trucks from the late 1930s to the mid-1970s – Fords, Chevys, Dodges, Studebakers, GMCs and more. Often they are lowered from the original ride height and feature modern brakes and V8 engines ranging from mild to wild!

Hot Rods: your classic hot rod includes cars based on the Ford Model T, Ford Model A, various Chevys from the same period, Plymouths, Dodges, Hudsons and more. Hot rods are denoted by roof-lines that have been altered, bodies that either have chrome added or removed, super-wide mag wheels and fat tyres, and, normally, a big, grunting, burbling, gargling, roaring V8 engine!

VW Buses and Beetles: there are various schools of VW Bus (Kombi) preservation, ranging from standard, to quite wild, with modern engines and running gear. Other air-cooled VW variations include beach buggies, Baja bug off-roaders, and the original Karmann Ghia sporty variations.

British Classics: British classic collectors tend towards originality, but not always. Originals that command traditional respect include Morris Minors, MGs, Austin Healeys and early Jaguars. Later Fords and Minis might be presented as stock originals or modified to some or other British Motorsport tradition. The popular cars in this group include Ford Escort Mk I and Mk II examples and Cortinas German Classics: apart from VWs there are a number of collectable German cars, These include Opels, Mercedes-Benz models of various ages, and the cute DKWs, which looked vaguely similar to VW Beetles but ran front-mounted two-stroke engines. Expect a number of these “Deeks” at Nasrec Muscle Cars: most muscle cars in South Africa have been modified in some way or other. The exception to this rule is normally the early Ford Mustang, many of which are preserved in original form, right down to the hubcaps that were present on the 1965 first-generation Ford pony-cars. Chevrolet Camaros, Dodge Chargers, Pontiac GTOs and Plymouth Barracudas have generally all been treated to some extra aftermarket wheels in our country.

Hot Golfs and Toyota Young Timers: The Golf GTi and Toyota Corolla RSi models from the 1980s and 1990s are the new-age hot rods, just like the Ford Model T was to American youths back in the late 1940s. There will be a huge presence of these modified Jap and German Young Timer classics.

There will also be a special Family Day feature at the show, catering to young children. Other entertainment includes a flea market, live music, a beer garden and much more.

Opening times, are 7 am for exhibitors. Owners of classic cars will be granted free admission, as well as one passenger per car. Classic car owners are advised to get their cars into the display areas as early as possible on Sunday. The gates for the public open at 8 am, with access to the show via the gates on the south side of the expo centre, close to Nasrec Road.

For more information visit www.classiccarshow.co.za, or contact Paulo Calisto on 066 053 5425.