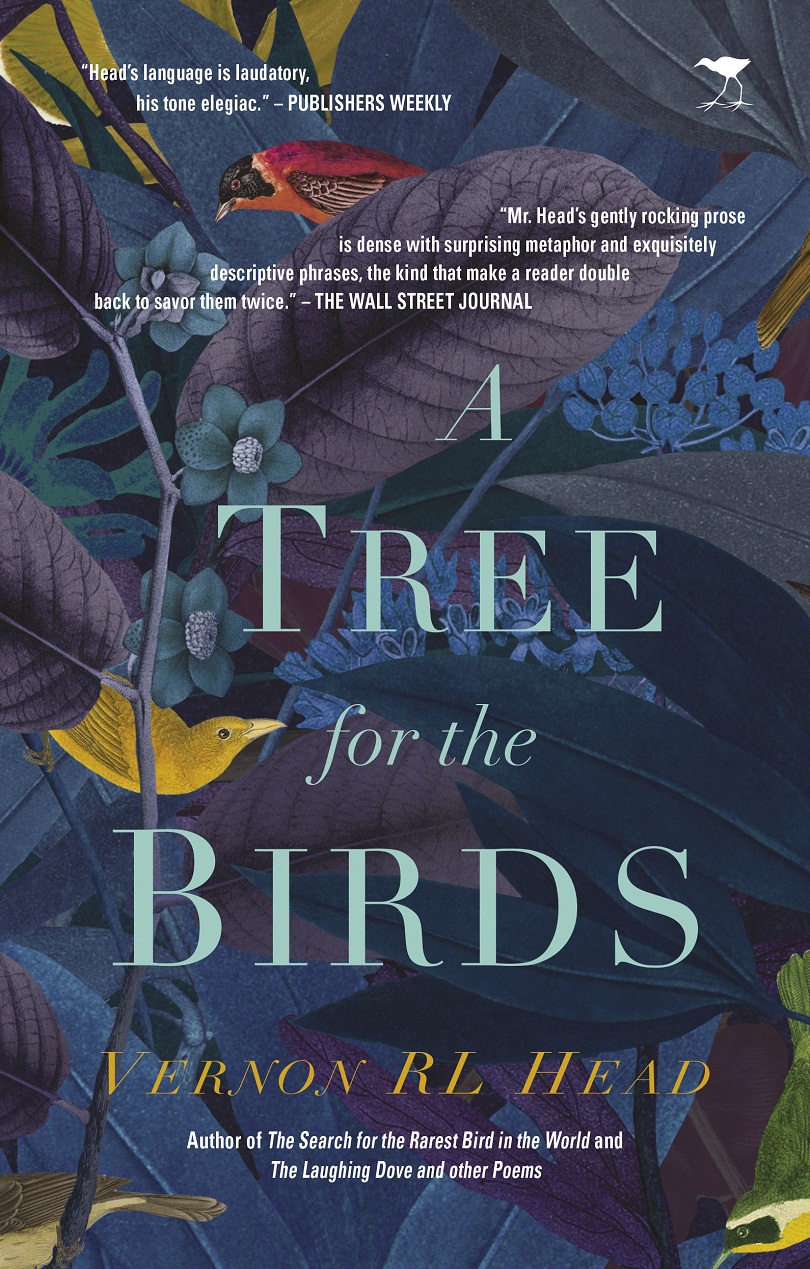 Vernon Head, birder of note and celebrated poet has turned his hand to fiction with an important message for conservationists. If that sounds boring don’t be fooled. The central character is  Chrisnelt Malotika, a seven-year-old Congolese boy, who navigates the waters of life, especially the Congo River, known as the Great Dancing Road, searching for belief and a seed so that he can grow a special tree to resurrect his best friend ,No, pronounced Noh with the “h floating off the tongue”, and his beloved father.

No loved birds since he could crawl. No loved birds so much that he “squeaked and chattered like them before he could talk. And when he could walk, he flapped like them too”. Chrisnelt learned to love birds too. He loved everything No loved. No was very brave and Chisnelt would often hide behind the bravery. They had been neighbours since birth, sharing all the milestones.

The pair loved to climb the ancient mango tree, No, to the topmost branches, from where he could view the world, the birds, the colours and the Great Dancing Road.

Chrisnelt not so much and didn’t have the courage to climb to the top so he could view the World as he knew it from his father’s stories of a great Forest owned by the River that fed all the leaves with the deepest water on Earth.

One day the pair are climbing the tree, No to his usual spot at the top, and Chisnelt lower down. And there is a sudden thunderstorm and a lightning bolt strikes the mango tree, throwing Chisnelt to the ground, but No is burnt to a crisp, “his arms and legs now charcoal branches and his reaching fingers now charcoal twigs, the bulge of a torso, now a roasted bough below a fixed scream of white teeth”.  The tragedy so traumatised Chrisnelt that he didn’t speak for almost 12 months even after Pastor Kadazi cast out the evil.

And all that was left of the mango tree was a stump which eventually became a seat where Chrisnelt often sat.

Slowly he emerges from his sickness and he asks for a book that his father has been reading. Chrisnelt knew books and sometimes he pretended to read them just to be near the person he worshiped. The book was about trees, the rainy season and how things grow, like the crops and forests and the work of water. It was Malotika’s workbook, the one he used at the lumberyard where he worked. Books appeared to calm Chisnelt and after an appeal many people in the city brought him books, books and more books. But the books that intrigued Chisnelt were those that Chaminda Warnakulasuriya, a colleague of his father brings, one about the birds in the sky and a gift from Mr Nagasaki, titled, Life Inside the Deepest Roots of the Tallest Trees, another book that was on top of the pile given by Chaminda was called Golden Edens: Handbook of all the birds & some of the common plants of West Africa.

During his last week of illness Chisnelt read every book, made copious notes, lists of birds and then an idea germinated: he resolved to grow a special tree, a new tree that would reach very high, and he would find his friend, No,  in the leaves at the top. Chisnelt cultivates a garden with plants donated by neighbours. Tragedy strikes again between Christmas and New Year when Mr Malotika disappears and is presumed dead.

Chisnelt then goes in search of  Chaminda to help him find the special tree in the heart of the city his father often spoke about.

Reluctantly Chaminda agrees but first he has to take the boy to the Great Dancing Road, “the only road that will take you to the centre of the city”.

And so begins the journey of discovery.

Head’s magic gives the characters life: Mr Malotika is wise and is the voice of reason. Chisnelt is flesh and blood: you feel his pain when No dies; Mrs Malotika, her twin daughters, Divine (Divi) and Nipcia and the Matombos who are devastated after their son, No’s death. Mrs Malotika’s faith in Pastor Kadazi is touching, and Head has made the pastor all too real: Kadazi could easily have become a parody of a “healer”.

Head’s fascination with birds and nature comes across clearly on every page.

A Tree For The Birds is a captivating and enthralling story imbued with an ethereal quality.  It’s an emotional story that will bring a lump to your throat and a tear to your eye. But it will leave you with hope for mankind.