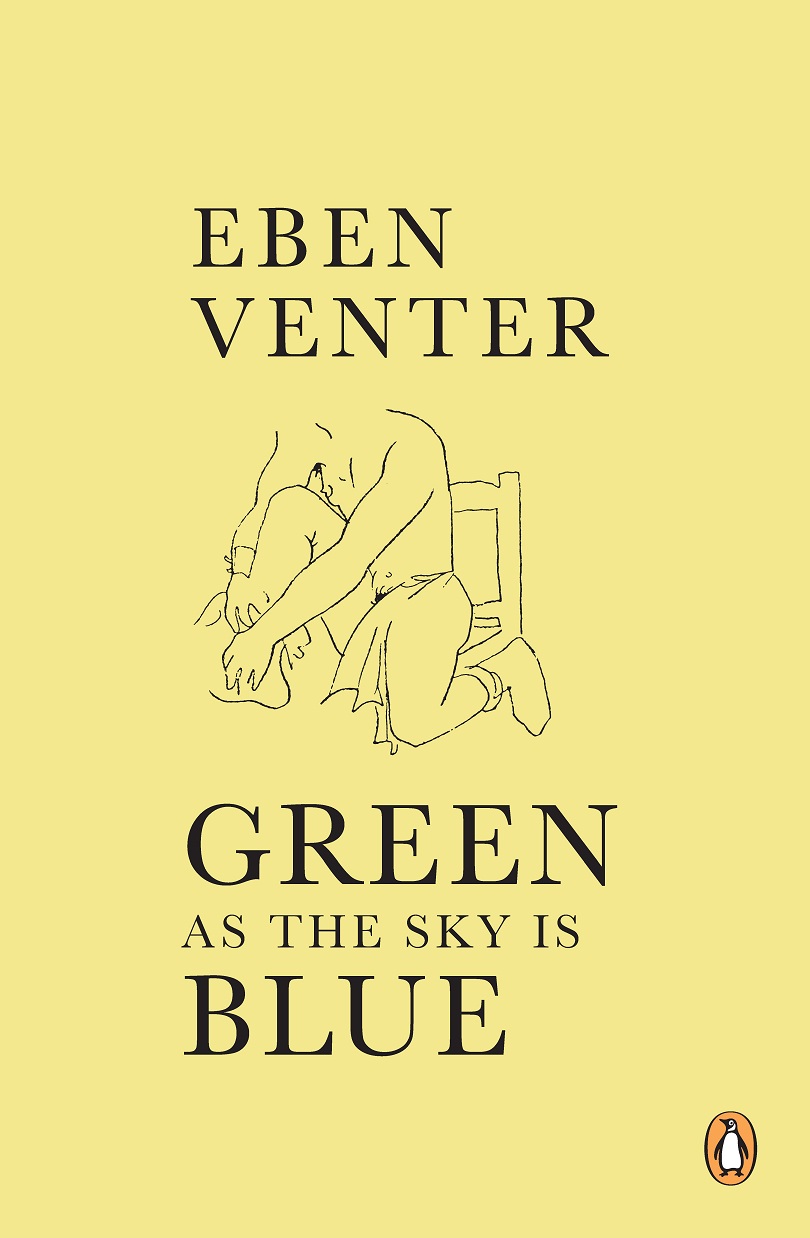 The title for the book comes from the phrase “luhlaza okwesibhakabhaka” because there is no specific word for blue in Xhosa.  “What does it mean?,” asks Simon Avend of his host, Thembinkosi. “We say, ‘green as the sky above’,”. ‘All those words just to say blue’. “It’s always up there, above us, you think you can touch it but you can’t,” says Thembinkosi. “Like sex, you mean? Tell me what that is, how it is. I can and I can’t. I can never quite put my finger on it. Like that?’, ” asks Avend.

This is the dilemma facing Avend, the gay protagonist in this extraordinary novel. He can’t explain what sex is; why he enjoys it so much and why some encounters are better than others. It’s possible the uncertainty started when,  as a 10-year-old boy living on  a farm in the Eastern Cape, his farmer father  pointed out a bull and a cow that were mating, while the rest of the herd went about their business of grazing. “That’s how it is between a man and a woman. It’s how humans copulate, that’s all there is to it,” his father told him, as if implying it’s an act devoid of any feeling.  Well into the future, when Simon is living in Australia and seeking sexual encounters all over the world, from Bali and Istanbul to Milnerton, Tokyo and the Wild Coast, among other places, he often had flashbacks of the incident, recalling it when he was in Bali and walked into a room full of naked men. Simon arranges to meet Dewa outside the Kerobokan Prison and then to the man’s quarters. It occurs to Simon that all it is, is the spilling of seed.

Simon wins a writing scholarship to the Netherlands where he plans to put the finishing touches to his manuscript, at the Netherlands Institute For Advanced Studies. There he also has a few assignations and leaves the retreat with an almost completed manuscript to return to Australia where he consults therapist Dr Betty Spiteri to try to resolve his internal conflicts. But it seems Dr Spiteri has unresolved issues of her own.

She is fond of quoting the ancient Greek texts on sex and she believes that Michel Foucault who brought the Greeks back into vogue would inspire Simon. Foucault advocated “to put yourself out there, to explore, and also to be explored”.

Simon is a good guy and he cares deeply for his elderly mother living out her retirement years in Jeffrey’s Bay where she is apparently showing the first signs of dementia He goes to visit her and organises a braai for her and a few of the aunties. While Simon is braaiing the tannies are watching a rugby test match and the racist remarks about the black players leave much to be desired. The incident made Simon angry but when he discusses it with Dr Spiteri, she thinks it was the pressure but also an aversion to getting old like the aunties. Then his mother visits him in Australia and he does everything a good son should do: Simon takes her to have her hair done, see the kangaroos at a reserve and tries to explain his relationship with a Congolese family at the refugee centre where he is volunteering. As he watches her being wheeled to the aircraft he senses it’s the last time he will see her.

On a visit to Istanbul Simon falls in love with Cesar, who leaves suddenly on a business trip with his boss. Simon discusses it with the therapist during their last session.

Simon returns to the Wild Coast with his friend Anton where he finally discovers what it all means which he discusses telephonically with Dr Spiteri.

And it seems that his father’s reference to the copulating cattle was correct.

Green As The Sky Is Blue is not a salacious, lascivious story of a gay’s sexual adventures. It is a tale of one man’s journey to self-discovery and what it means to him to find out. It also helps his therapist to find meaning in her life. The book will transport you to a view of the world you did not know existed. Green As The Sky Is Blue is compelling reading. Venter, who has been living in Australia since 1986, has won numerous awards for his work.