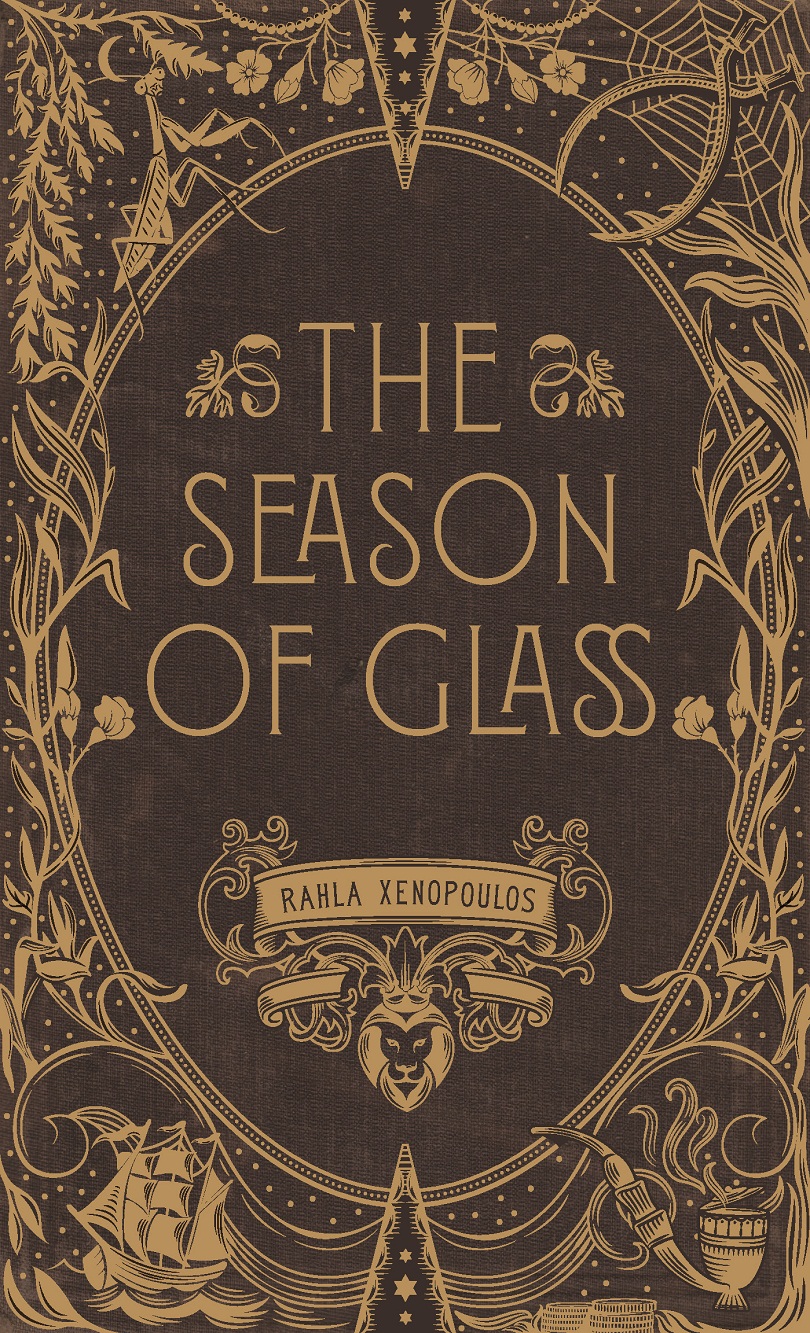 The story begins in ancient Ethiopia with the birth of Jewish twins, a boy and a girl, with the potential to save the world. It turns a full circle through an Austria when the world is on the brink of the Second World War to India, to South Africa at the beginning of the end of apartheid to Spain at the time of the Inquisition then to the Grid, a world of the future where people live in pods and who are all connected but without a shred of humanity until one man decides to escape and go back to reality where it all began, in Ethiopia.

The Season of Glass is rooted in Kabbala, Jewish mysticism, which reveals the hidden and hides the known but only to deeply religious people and it takes years of study. Even then not everything is revealed. The title comes from Yoko Ono’s first solo album she released in 1981 after the death of her husband, Beatle John Lennon, six months after he was shot in Central Park, New York.

There is also another notion within the book, that of the 36 Righteous Ones, who appear in the Talmud, the oral tradition of Judaism, which states that the world needs a minimum of 36 righteous individuals in order to exist and like the mystical twins in Xenopoulos’s book they have the potential to save the world. They come in times of grave danger or when they are needed. No-one knows who they are; one might even be your neighbour or someone who has done a great kindness. They are known as the lamed vavniks. Lamed Vav is the Hebrew for 36.

In Ethiopia, the twins, named Gudit and Sissay, are born into an ancient Jewish community which is at constant war with the Aksumite. On the night they were born to their mother, Queen Essat, the moon rose blood red signifying God’s blessing. Even though she died in childbirth miracles occurred throughout the land. The children were watched over by Zadock, the high kessock (a priest) of people beset by centuries of bad luck, who predicted what had been ordained. Gudit becomes a warrior queen who floats on air and is worshiped by the people. Her brother Sissay is her protector and Zadock, their mentor and teacher. Zadock knows he will be born again as will the twins. So it comes to pass and the twins reappear in an Austria on the cusp of World War II, with their mentor ,although with slightly different names: Judith and Shimon Levi born into a wealthy Viennese family, and as with Gudit and Sissay, their mother too died in childbirth, and their father, Frederick Levi, as King Gedajan, Frederick grieved bitterly and also rejected his children. Their mentor is Chaim Zecharia Cohen, the first rabbi in the Levi family when he became engaged to Rachel. Then the Nazis raid the apartment and they are sent to Dachau. The Rabbi and Shimon firmly believe that Judith is alive but after seven years in the camp they learn the truth.  Rabbi Cohen tells Shimon that Judith was a Lamed Vav: “The Judith you knew is gone, but her soul will return,” Rabbi Cohen predicts that Shimon will also have twins, the girl will be like Judith and the boy like Shimon who will live to be her protector. But it was not to be, and when Shimon marries Ruth they only have one son, David, unloved and unwanted by his father.

In India, the girl is Judith, her twin is Shaam and she is a magical child with a gift for prophecy and a talented artist. She glowed and people said they could read a book by her glow. Their mentor is the blind astrologer Zahir who can also see the past, the present and the world to come.

On to South Africa, a convert to Judaism, Esther Levi, now married to David Levi, a doctor,  hears over the radio that the Soweto children are protesting about the use of Afrikaans as a medium of instruction. The couple are expecting twins and later that night they are planning to tell her father-in-law, Shimon, the good news and Esther hopes it will make the always morose and angry art connoisseur who fled Nazi Europe with his mentor, an orthodox French Rabbi, to South Africa, to smile again and live. However, Esther, who drives to Baragwanath Hospital to fetch her husband, is caught up in the demonstrations and she is involved in a fatal crash.  When Shimon hears the bad news he collapses, doctors say it was a heart attack. But the French Rabbi knows it was from a broken heart and he muses that if he could have “slowed time by just five minutes” he could have explained the source of Shimon’s distress to Esther and David.  The Rabbi predicts that David will go searching to find himself. Instead he will find a kabbalist school where he will learn the legend of  the Lamed Vav. And the story will torment him for the rest of his life.

Twins are also born during the Spanish Inquisition. However, one of the twins, Cinfa, a girl is taken in by the nuns, and the boy who goes by the name of Diego Rodriquez, is a child of the filthy streets of Seville and survives by his wit and courage. His real name is Simuel Henriquez Levi. One day, as a gift for his barmitzvah at the age of 13, he learns of the existence of his sister, Cinfa (Esther Cohen Henriquez Levi), a woman of mystery with unlikely powers. It changes his life forever, and hers. The narrators of this chapter are two Caribbean pirates, Black Caezar and a Rabbi, Moses Henriquez Levi, who join forces to wage war on the evil empire, the Spanish.

The Grid is set well into the future where people are all connected: they live in pods and fear the mantis. Although the people living on The Grid are human, there is not a vestige of humanity, until Daniel, decides to break free after his father is killed by a mantis. It is a place where no-one used books and the web was king. As with the seasons the story turns a full cycle back to Ethiopia where it is Tseday, springtime in Ethiopia, bringing with it a season of renewal and hope and revealing Jula to the world. They came in their thousands to see her and one another. And Daniel learns a vital lesson. “if we have purpose , it is tikkun olam, to repair the world…We’re here to touch, to live, to give back, to take”.

The Season of Glass is an heroic tale: it is beautifully written, lyrical and the words have a spiritual quality to them.  The Season of Glass will leave you with a song in your heart. It’s a mesmerising story that will appeal to everyone.